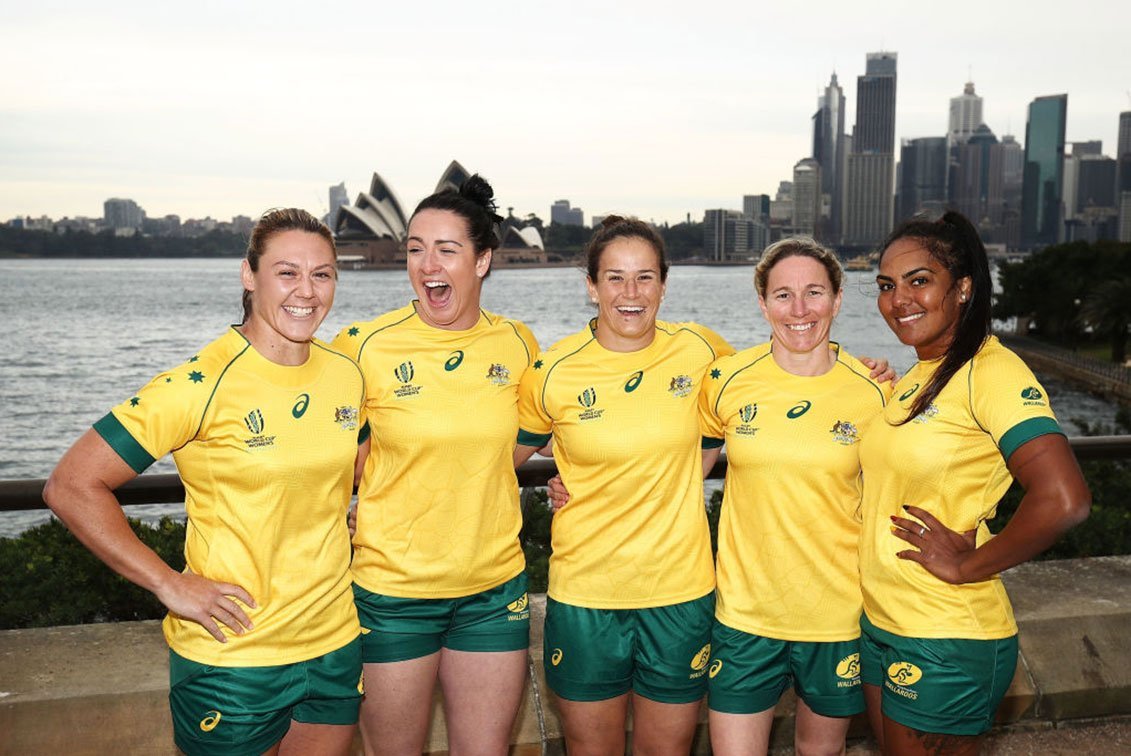 Rugby player Mollie Gray, who’s over in Ireland ready to play in the Rugby World Cup, didn’t like football when she first played. “We had a school team so I went along and tried out, a girls’ team, and I hated it. Someone hit me and I was like, ‘Nup, I’m not doing this anymore’.

“I was a swimmer through high school. Then I joined the Army in 2008. The next year, a friend of mine was going to Rugby training, and she’s like, ‘come along’, and I was like, ‘Yeaaaah, OK’. I went along and I was terrible. I was 19, and I was really, really awful.”

But she kept at it and fell in love. “I ended up going from just a normal club game to getting pick for the Army side, then the Defence Force side, and then it just kept going from there,” she says. “I love the physical side of it – there’s nothing better than barging into people, it’s just so much fun.”

Mollie says ANYONE can play Rugby. Yep, anyone. Read on to find out why…

What do you love about Rugby?
It doesn’t matter what shape or size you are, there’s a spot for you. So if you’re, like, teeny tiny, you’re probably going to be a half-back. If you’re really tall, you’re probably gonna be a second row. If you’re short and fat, probably in the front row. So it’s a game for everyone. My mum started playing when she was 35, and she just slot in really easily. And you see a really great confidence come over people when they play. So everyone’s really timid beforehand and then everyone just gets around each other. After their very first game ever, people become like a whole new person – because they just run into all these people and sort of bash through all these lines, and they just come out accomplished on the other side. I coached a team last year and eight out of the 12 of us had never played before. And they were all totally freaked out in the first week, I had them for a week and we taught them from scratch, and it was all ‘sorrys’ and ‘I don’t understand how this is gonna work in the game’, and I was like, ‘Trust me, by the end of it you’ll understand it’. We ended up winning the whole competition.

//65 DAYS POST ACL OP// • Set yourself a goal and work your fucking ass off because no one else is going to get you there but YOU! • Oh and a special thanks to @bodyscience for the killer tights!!! • Running in my metcons because I forgot my footy boots ….. IDIOT • #WRWC17 #blackisslimming #running #rehab #acl #elephantlife ? #bigbitch #rugby #wallaroos #cronullasharks #goals #givemcoldsteel #gcstraining #nike #motivation #dedication #oneteam #bodyscience #athlete

Will this be your first World Cup?
This will be my second World Cup, my first was 2014 in France when I was 23 (I’ll be 28 this year). It was amazing, but so scary. Because when I look back on the way that I was built for the first one, I was not as big as I am now. So physically, mentally, that three-year time difference has just given me so much room to be able to grow as an athlete.

Who do you think will be your biggest competition?
I think Ireland, we’ve got them first up. As host nation, they’ve got that advantage, they’ve got the crowd advantage, I’ve heard that it’s a sell-out. I think France as well. We played France in one of our pool matches in the last World Cup and it was a really tough game. We were really evenly matched but in the second half we had, our three main back line girls go down and they all ended up in the blood bin, so the whole game fell to pieces. So I think we have a point to prove when we go up against them. The standard of Rugby from what it was at the last World Cup has grown already, it’s out of control.”

Get shit done so you can do what you love ✌️

What would you say to encourage women to watch the World Cup?
Set your alarms and just get up! [Their first World Cup match is being broadcast live at 4am on August 10, 2017, on Fox Sports] It’s hard because the Wallaroos, we’re not well publicised. But I think with the way women’s sport is going at the moment, it’ll be different for people to see what the 15s style is like. We have a lot to offer, we’ve got a lot of skill. We’re not professional, we’re not even close [Mollie works in the Defence Force]. We get together for two weeks before we go to a World Cup, which is crazy, but we work with what we’ve got and we can still put on a pretty good display of Rugby. So I think it’s just important to get involved, get behind us like how everyone got behind the Rugby 7s.

What’s your training like?
My training’s out of control. I outsourced a strength and conditioning coach after my debut back in 2014, and I’ve stuck with him. We have a coach for the Wallaroos but mine knows me so well that they’re happy to let him look after me. He’s now rehabbed me through two knee reconstructions, a torn plantar fascia, a busted thumb, and we just keep getting better and better. So my day is generally two hours of gym in the morning, and gym for me is a lot of heavy weights, a lot of rowing, a lot of assault biking, a lot of running and HIIT-style training. Then I go to work. And then another hour to two hours in the afternoon, either on the field or back in the gym. It’s fun though, my coach keeps it interesting, which is good because I don’t like the style of training where you do squats on a Monday, and on Tuesday bench and that sort of thing – he’s thrown a tonne of different stuff at me.