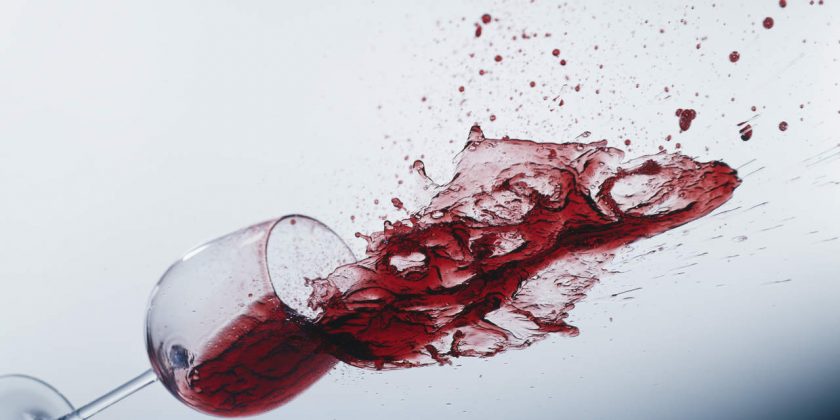 Public health campaigns have warned us for years to kick tobacco to the curb. And with good reason: Up to 90% of lung cancer cases in the US are linked to smoking cigarettes.

But there’s another habit tied to cancer that nobody talks about—one that happens regularly at the family dinner table, during social gatherings, and even at work events. You might be surprised to learn it’s drinking alcohol.

Most people associate alcohol’s danger with excessive drinking, which can lead to problems like liver disease, addiction, and drunk driving accidents. What you probably didn’t know is that alcohol has been directly linked to seven cancers—so far. These include cancers of the throat, esophagus, mouth, voice box (larynx), colon and rectum, liver, and breast. The American Cancer Society (ACS) says alcohol might also lead to pancreatic and stomach cancer.

When Sarah Cate, MD, an assistant professor of breast surgery at Icahn School of Medicine at Mount Sinai Medical Center in New York City, speaks with patients in preventive settings and after a cancer diagnosis, they’re shocked to learn about the cancer-alcohol connection. They ask questions like: “How can this be that everyone at my job goes out for drinks a couple times a week? How can it be bad for you?” she tells Health.

And yet, we know that alcohol use accounts for an estimated 5-11% of breast cancer cases in the UK and may be a risk factor for all age groups, according to a recent report in the medical journal BMJ Open. In the US, up to 16% of all breast cancers can be attributed to alcohol consumption, Susan Gapstur, PhD, senior vice president of behavioral and epidemiology research at the ACS, tells Health. This means alcohol might play a role in roughly 53,000 breast cancer diagnoses last year alone.

Although alcohol use has been clearly linked to breast cancer, most women don’t know it increases their odds of developing the disease. Only about 20% of women surveyed by the UK researchers knew alcohol raised their chances of having breast cancer.

You don’t have to be an addict to put yourself at risk. The more you drink, the more you heighten your risk of having all cancers linked to alcohol. But “even at one drink per day, risk is increased,” Elizabeth Platz, ScD, editor-in-chief of the journal Cancer Epidemiology, Biomarkers & Prevention, tells Health. The ACS says alcohol can raise estrogen levels, which could lead to breast cancer. The risk of developing breast cancer from alcohol use might be especially high for women who don’t consume enough of the B vitamin folate through supplements and diet, according to the ACS.

So, just how risky is alcohol consumption? A report published earlier this year says drinking one bottle of wine each week increases a woman’s cancer odds the way smoking 10 cigarettes a week does. “One bottle of wine per week is associated with an increased absolute lifetime cancer risk for non-smokers of 1.0% (men) and 1.4% (women),” the report says.

“The main point is that people don’t seem to know, [and] raising that lack of awareness is important,” Kara Wiseman, PhD, who works in the Division of Cancer Control and Population Sciences at the NIH, tells Health.

So why aren’t women being warned? After all, alcohol is everywhere in the US; we drink at social gatherings that run the gamut from college parties to weddings. Is there a chance that, 50 years from now, we’ll look back on this era and find it unbelievable that alcohol was the norm? That’s a complicated question, Platz admits. But “I think we’re going to say, ‘Gosh, we didn’t realize,’” she says.

“We need a cultural shift. Alcohol’s often used as a tool to get people to do certain things. ‘Come to our fundraiser. Come to our wedding—we have an open bar!’ We have to think through whether we should be using alcohol as a tool to encourage participation. I don’t think we should be doing that,” Platz says.

Platz adds that people don’t yet view the alcohol industry in the same light as the tobacco industry. “The tobacco industry targeted populations. When we finally had that recognition, we got mad. We still don’t like the fact they targeted kids for a couple of decades [and] populations of color. The alcohol industry—we don’t have the same feeling about it.”

The media aren’t solely to blame. Health organizations often point out that alcohol can raise HDL cholesterol, the “good” kind linked to lower heart disease risk, but they don’t always prominently highlight the alcohol-and-cancer connection. If trusted health organizations aren’t speaking out, how do we expect women to get the message?

“Most women don’t know—I’m not sure clinicians know,” Platz says. She’s right. The authors of the new BMJ Open report quizzed 33 National Health Service (NHS) staff members to see how much they knew about the relationship between alcohol and breast cancer. (The NHS is the UK’s government-funded health care system.) Fewer than half of those staff members identified alcohol as a risk factor for breast cancer.

It’s an awkward conversation for doctors to have with patients, because doctors don’t want to portray the issue in a judgmental way. It can be especially uncomfortable to talk about the relationship between alcohol and cancer after a person has been diagnosed with breast cancer. “It doesn’t really help to say, ‘Your drinking contributed to this cancer,’” Dr. Cate explains. But when she works with breast cancer survivors, she gives them a list of risk factors so they know, going forward, how to minimize their risk of recurrence.

The available evidence points to the fact that while public health messaging around the world has emphasized that cigarettes are dangerous, similar messaging around alcohol use hasn’t yet effectively warned consumers.

Platz points out that this is especially evident at breast cancer research fundraising events where alcohol is served. The line of thinking behind serving alcohol at a fundraising event is obvious: Tipsy attendees might donate more money, Platz says. But this move goes against what clinicians need to be communicating to women about alcohol—that it can raise their chance of breast cancer. “The sole focus is to come donate money, and it’s an alcohol fest. To me, that’s not right,” Platz says.

Events like these suggest that the “alcohol is good for heart health” narrative is pervasive. Platz thinks that when we do reflect on today’s widespread alcohol consumption in the future, “We’re going to say we didn’t realize [the dangers]—because of the balance between cardiovascular disease and cancer.”