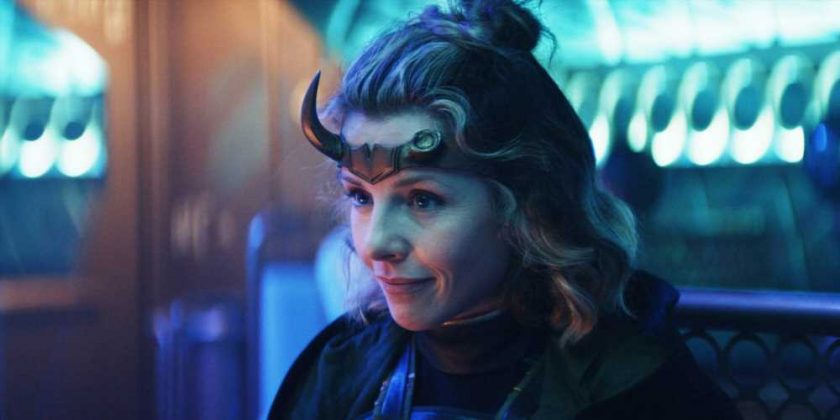 If you've been keeping up with the Marvel Cinematic Universe (MCU), you're probably well aware that the franchise's newest Disney+ show centers around Loki (aptly named Loki), the God of Mischief, who comes in various forms, aka "variants." One of those variants is Sylvie, played by actress Sophia Di Martino—and it appears that she had some tricks up her sleeve (er, costume) just like the character she plays.

In a photo shared on Instagram and Twitter on Thursday, Di Martino revealed that her Sylvie costume was actually breastfeeding-friendly, allowing the actress to nurse her newborn on set.

"It's not easy being a working Mama (Understatement!)," Di Martino wrote, captioning a photo of herself in her Sylvie costume, showing unzipped sections revealing her nursing bra. She credited Christine Wada, costume designer for Loki, with the "genius idea of adding concealed zippers for easy access so that I could use my [Elvie] pumps easily and nurse my baby between takes." FYI: She's talking about the Elvie Single Electric Wearable Smart Breast Pump ($279, amazon.com).

According to Metro, 37-year-old Di Martino gave birth to her first child in 2019 with partner Will Sharpe, and began filming Loki in 2020. "It's the little (big) things like this that made it possible for me to do my job AND be a parent," she wrote in her caption. "I am forever grateful." She also added a handful of hashtags to the caption, including "#supportworkingmoms," "#nursingmom," and "#pumpingmama."

Fans of the show and others in the TV and film industry were quick to comment on Di Martino's post—and urged others to take note.

"This is so reassuring," wrote one commenter. "I've had a real mixed-bag of support and the severe lack of it which has created almost a fear of telling casting/producers that I'm a new mum! But this is how it happens, thanks for sharing! You're a real life superhero and I can't wait to watch the series." Di Martino responded to her comment with even more reassurance: "It can be done," she wrote. "With a little [organization] and support it's not impossible! It's actually quite straightforward. Mama needs to pump – baby needs to eat. I say tell them and let them figure it out."

Another fan pointed out how simply brilliant the costume hack was: "This is a genius idea! I'm so happy they accommodated you in this brilliant way." Others, too, noted that this should be. a common practice. "That should be the baseline of equality," one commenter wrote. "Unfortunately it's not so we are glad for those who think it is and change the work environment little by little. It only takes some zippers often. Thx for showing how easy this could be."

New episodes of Loki air every Wednesday and are streaming exclusively on Disney+.