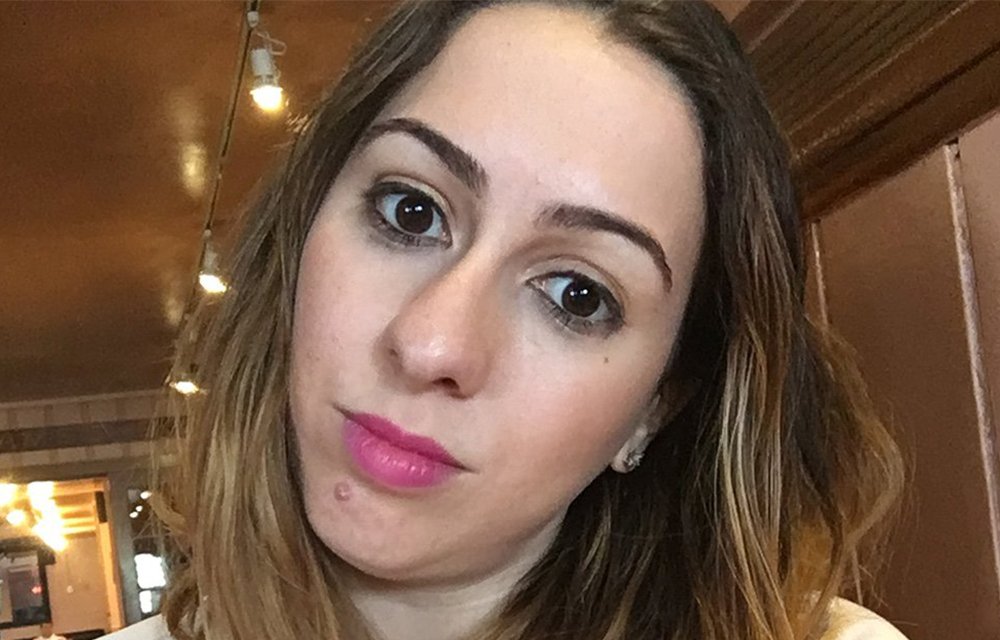 How many times have you left swiped through countless guys until you finally find someone you’re on the fence about? Then, whether it’s because you can’t tell if he’s your type or you’re trying to detect if he’s secretly a total jerk, you probably end up left swiping him after about 60 seconds, too.

Yeah that’s me. Every. Single. Time.

RELATED: 7 Guys Reveal Why They Text Women Out Of The Blue

Personally, I don’t think apps are making dating better. If anything, I feel like it’s stopping me from taking a chance on guys whom I may really connect with. As much as I hate to admit it, I can be shallow.

And where does that leave me? Single with dead-ended conversations and only a handful of first dates to show for it.

So I decided to change things up a bit when my editor asked me to start swiping right on the guys that I would have normally given a swipe to the left—and write about it. I mean one of my friends is about to marry a guy that she didn’t consider her “type” back in the day, so maybe this is a winning strategy. I decided to give it a shot.

When I opened my Bumble app and started swiping, I realized that my dating pool was about to double. And since this app requires ladies to send the first message, that meant I had to start doing some work.

Here’s how it went.

RELATED: THIS Is The Best Time To Move In With Your Partner, According To Couples Therapists

One of the first guys I found on Bumble was a dude that I’d like to call Paul. His main photo on Bumble was one of him sitting in a park with his long red hair pulled back into a ponytail. He had a petite goatee. He called himself a “true liberal” and was into playing pool and reading anime. From reading his skimpy profile, it was evident that our interests didn’t mesh, and I wasn’t honestly attracted to his ponytail. But, whatever, I still swiped right. What are the chances of him matching with me anyway? I thought to myself.

Well, we ended up matching. And that wasn’t the only surprising thing. He even extended his match when I completely forgot to message him the next day. Aw.

Once we started messaging, we chatted about how long we’d lived in Brooklyn for and what we did for a living. I told him I was a foodie and explained to him the whole concept of Smorgasburg (which is a weekly food festival in Williamsburg, Brooklyn). Then he sent me this huge paragraph of his hobbies and interests. A few days later, I was scrolling through my Bumble messages and I realised that I totally missed the fact that he asked me out! It got lost in that giant paragraph. I apologised for the delayed response and I said I’d be free to go out on Saturday afternoon. He wanted to take me to this noodle shop in Chinatown and then hit up the park. We confirmed the time and the place, but when it was raining on Saturday I texted him to reconfirm with his plans. And I got this surprise message,”Ok, so since I haven’t heard from you, I’m not going to be going to the park today.” He eventually unmatched with me.

Not sure if it was the depressing rainy afternoon, or maybe the fact that I just wasn’t into this guy, but I felt relieved when he cancelled the date. And, personally, I hate when people pester me on dating apps.

The second guy, who we’ll call Frank, was a radio journalist who was definitely cute, but maybe too nerdy-looking for my taste. He had three photos, but the first two didn’t really give a clear picture of what he looked like. His profile didn’t say much except for the fact that he was originally from Alaska. Usually, he’d be one of the guys who I was on the fence about, so I went for it and swiped right.

When I messaged him to ask if he had any plans for the rainy Friday night, he proceeded to call me a “Smokin hot babe who’s killing it professionally and personally.” I was all ears.

After some back and forth, I gave him my number and asked him out for drinks. Due to conflicting schedules (he works super-late), we couldn’t make a date work. But you know what? I’d still be down to meet up with him. His bubbly personality was enough to win me over. Swoon.

This guy was a little older than the dudes I typically date. He was from South Brooklyn and had a bit of a dorky vibe going for him. On top of that, his profile was full of bad photos and almost no info on his interests or personality.

“Outgoing person looking for like-minded individuals to hang out with and have a great time.” That tells me nothing. Nevertheless, I swiped right. Due to my desperation to get a date and fast (I had a deadline to meet!), I quickly gave him my number in hopes that we could set something up early in the week.

And I regretted that move shortly after. Maybe two minutes into our texting conversation, he asked if I could send him more pics. Ew. No. That convo ended, and I refused to go out with him. Haven’t messaged him since.

At this point in my dating adventure, I was ready to throw in the towel. I was over the creepy messages and pointless conversations. But then, I met Mike.

A self-proclaimed sneakerhead and geek, Mike popped up on my Bumble account with blurry, goofy photos. And since I was still on deadline, I didn’t even read his profile. I just swiped right, matched, and got down to business.

He talked about how he spent the day looking at apartments in my neighbourhood; I explained how I was at the gym most of the day. I cut to the chase and asked him to hang out and gave him my number.

He was nice, funny, and suggested we go bowling on a Monday night. I was surprised that he didn’t just want to go to a bar or something. I said yes.

So Monday evening, I made my way over to the bowling alley. Honestly, because our convo was so short, I was almost nervous that he wouldn’t show up. Or that he would be a serial killer. I texted him as soon as I got there and as I waited inside by the bar, a brown haired, bearded guy came in wearing a hoodie and hat. He was sweet upon arrival, giving me a hug and apologising for the fact that I had to pay an $8 cover. He was also a lot more good-looking in person than his photos.. There was no way he could’ve been a serial killer.

Overall, the date was fun, and I learned that I suck at bowling.

The only downside was that we had nothing in common. He was more introverted, a homebody, while I love any excuse to be out with my friends. He didn’t travel much and doesn’t have much motivation to do it more in the future. The only thing we did have in common was our love for Stranger Things and the fact that we’re both from Brooklyn.

But when he asked me out again at the end of the night, I said yes. After all, you can’t know everything about a guy on the first date. Maybe when we go out again, we’ll find more common ground. And even though we didn’t have a ton in common, we had a lot of fun.

And even if nothing works out with the bowling guy, I would have missed the chance to do something completely new and fun all because he had terrible profile photos. It seems silly.

After matching with four guys I would normally never pursue, I realised how obsessed I am with looks on dating apps. And so I decided to take a rather drastic measure towards my dating life: I deleted my dating apps.

I don’t want to be that girl who judges the value of a guy on what he looks like. In reality, a personality is more important in a boyfriend than whether or not he meets my height requirement.

Maybe one day I’ll be back on the dating apps, but I’m going to try this IRL thing and see what happens. Perhaps I’ll fall madly in love with someone who’s not my type at all.

This article originally appeared on womenshealthmag.com.