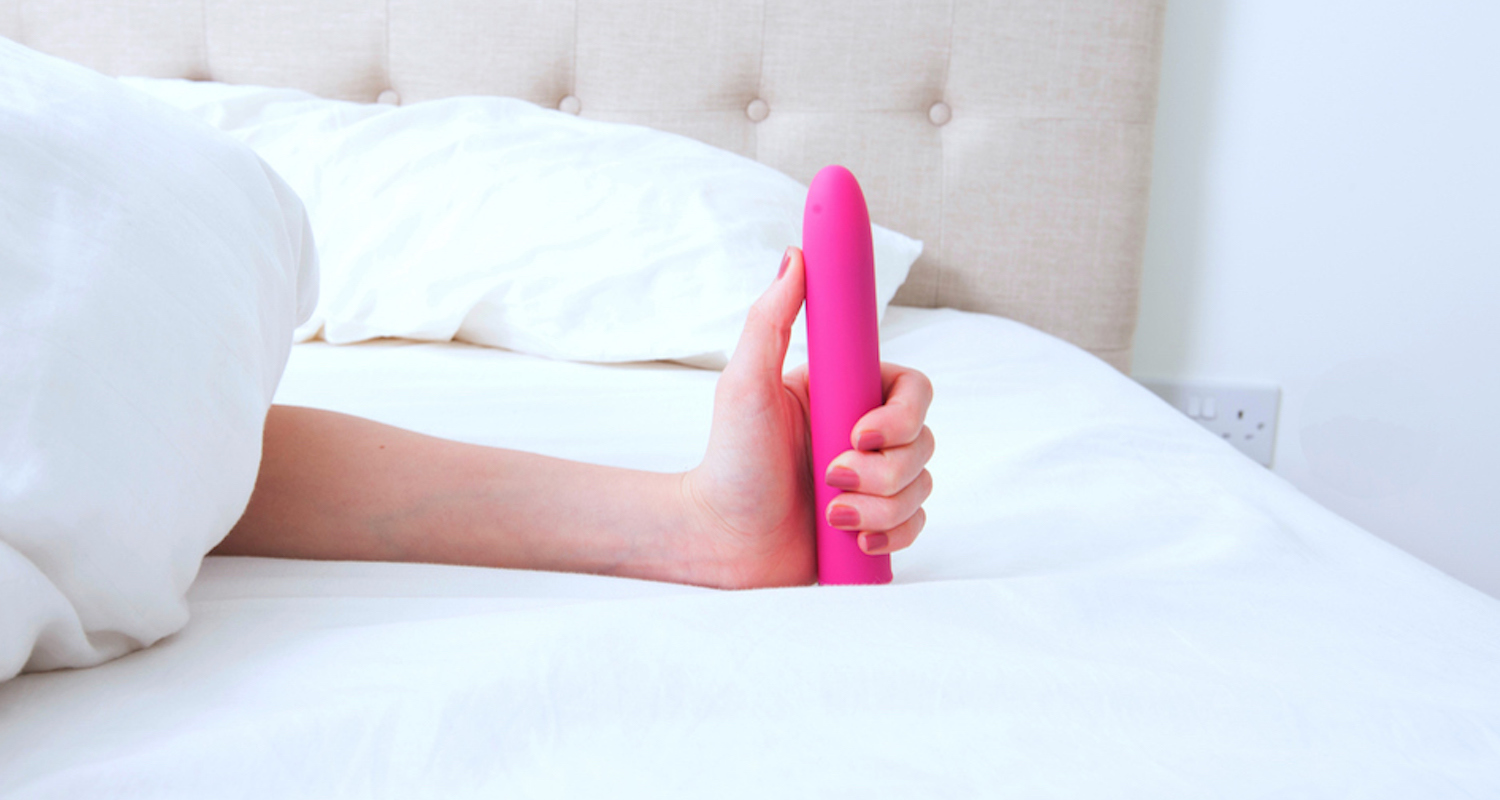 If getting your first sex toy is a rite of passage, it’s one that I never went through. It’s not that I wasn’t interested—I just never had the nerve to go into an adult store. At my bachelorette party, most of my friends gave me sexy lingerie. I was half-hoping there would be a gag gift of a giant dildo, but no such luck. It didn’t help that my husband, Tim*, once said that sex toys were only for women whose men didn’t know how to get them off. Over the five years we dated, and 15 years we’ve been married, buying a sex toy online only crossed my mind a few times. What always stopped me was the thought that Tim would take it as a slight against his manhood.

Then our daughter went away to college, and I didn’t know what to do with myself. Tim and I were spending a lot more time together, and there was more room in our lives for intimacy. The problem was, I was bored. We’d been having sex in the same way for what felt like forever—the same positions, the same place (our bed), and pretty much the same time once or twice a week. When I got up the nerve to talk about this with one of my girlfriends, she told me about her friend, the Rabbit.

I ordered the Rabbit online and practically stalked the UPS man trying to ensure that Tim was not the one to receive the package. When it arrived, Tim was out, so I tore open the box. I wasn’t aware until I held it in my hand that the “ears” of the rabbit were there to provide direct clitoral stimulation. My friend wasn’t kidding—it made me come, and fast. Now the only problem was how to introduce my toy to Tim.

That night when he came home, I served dinner out on our secluded patio, poured us some wine, and turned the conversation to sex. I mentioned that a friend of mine had told me about the Rabbit. Before he could say anything, I asked, “What would you think if I tried something like that?” Tim thought about it for a second and then said, “I guess if that’s what you need.”

I explained to him that it wasn’t that I needed it, it was that I wanted to try something new. I brought out my battery operated friend and showed it to him. To my surprise, he didn’t get upset. In fact, all that talk about sex led to us getting it on in the backyard, which was a first. After he came, Tim suggested we go inside and “try my toy.”

Even though I was excited, I was also a little bit apprehensive about showing Tim just how quickly the rabbit could make me orgasm. I didn’t want to hurt his ego. But it turned out that it had the opposite effect. That night and for several nights after, we experimented with incorporating the toy into our routine. At first, we just used it at the end, when it was my turn to orgasm. But quickly we started trying other things, like incorporating it into foreplay, which meant that when we actually had intercourse, I was a lot more turned on. We even experimented with using it while Tim was inside me, and as a result, I had my first orgasm during intercourse.

A few weeks later when we talked about it, Tim admitted that initially, he was a little skeptical about bringing a “battery operated device” into our bedroom, but quickly added that once he saw how much pleasure it gave me, he didn’t think twice about it. “Anything that makes you want sex more is a bonus,” he said.

I’m happy to say that I totally underestimated my husband’s ability to stay secure in the face of a silicone bunny rabbit. In the end, the only regret I had was waiting so long to try something that is so much fun.

This article originally appeared on Prevention