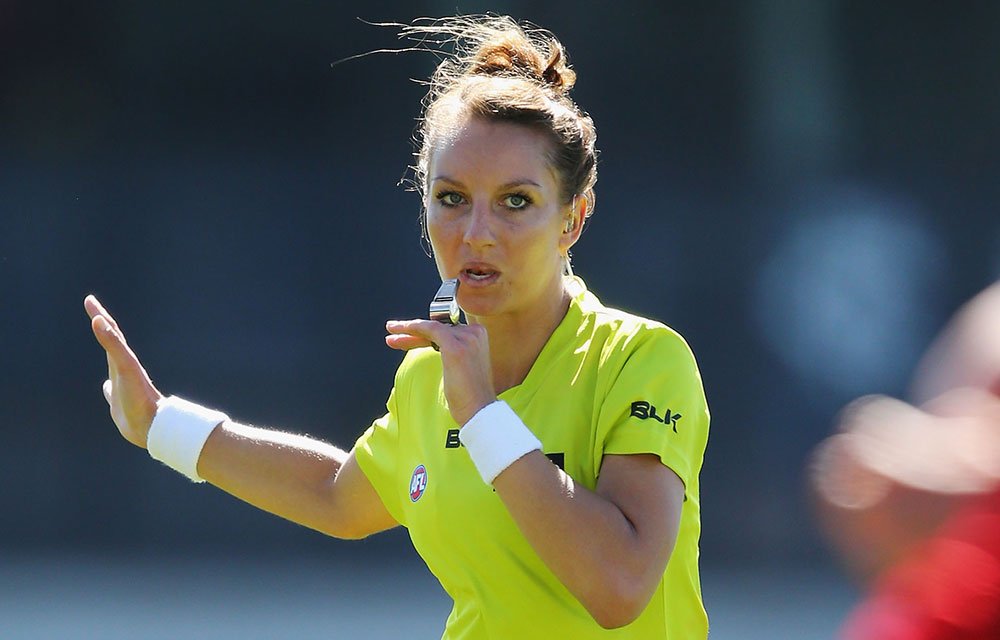 Wow. What sort of professional calls someone a “dopey moll” and “stupid bitch” in 2017? The Cervantes Tiger Sharks AFL club president does.

That’s what Dale Simmons labelled Eleni Glouftsis, after she became the AFL’s first female umpire to officiate in an AFL match this past weekend.

Before the game, Simmons had berated the AFL for appointing the first female umpire. “So a women (sic) is going to umpire an AFL match this weekend for the first time,” he wrote on Facebook. “Have you ever seen an umpire change his mind? You will now.”

Sexism aside, the Huntingdale Junior AFL Club code of conduct says: “Abuse of umpires, officials or other players…is not acceptable”.

The Kew Junior Football Club’s code of conduct states that people must “Lead by example and respect all players, coaches, umpires and spectators.” So do the codes of conduct of junior Aussie Rules clubs all around the country.

The Cervantes Football Club executive committee hasn’t commented at this stage. But while they’re deciding how to respond, maybe they should ask themselves why someone at the top of his field can’t follow guidelines that wouldn’t be tolerated at junior club level.