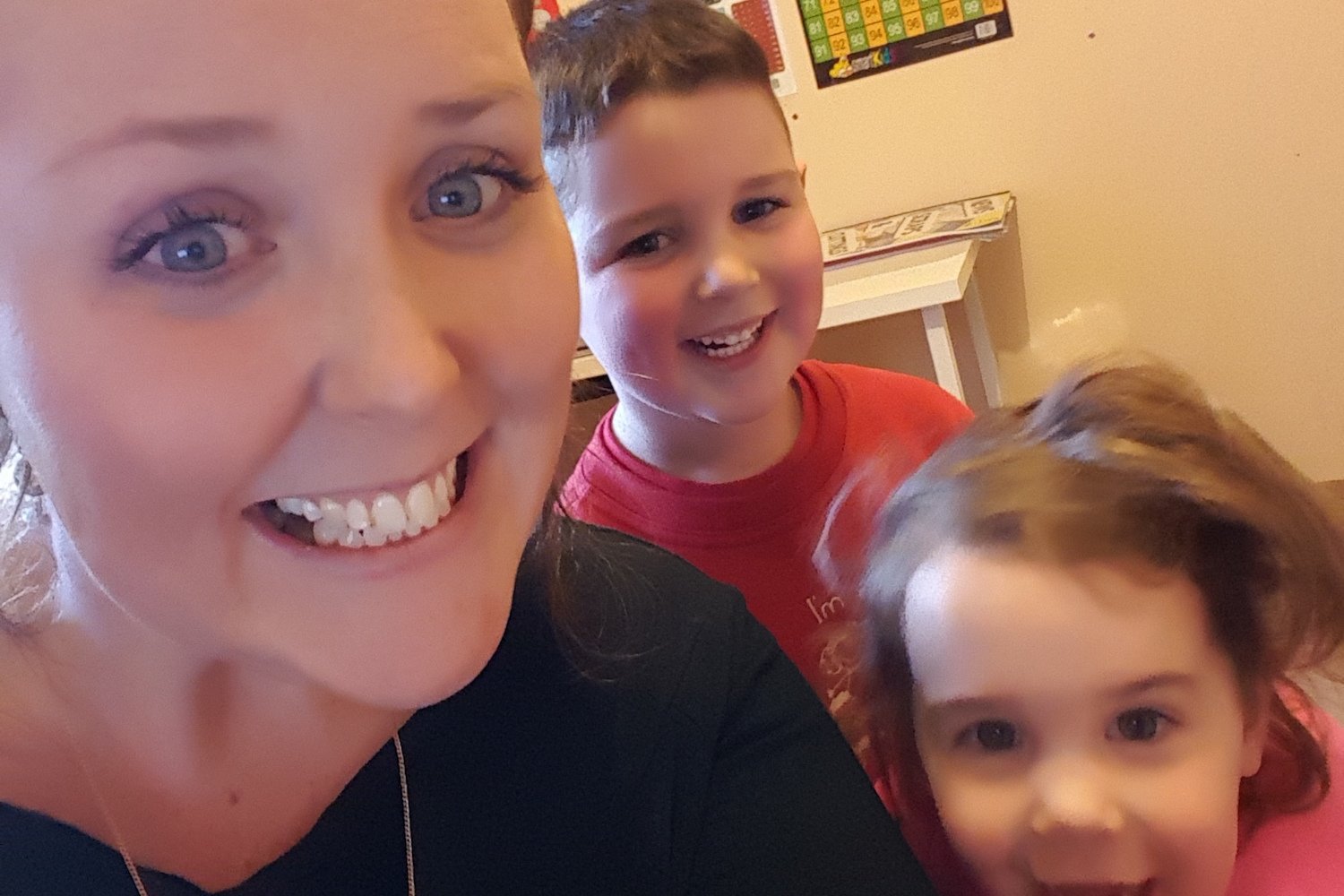 Carly had just given birth to her second baby when she experienced crippling pain in her arms that quickly spread to her entire body. At 30 years old, the last thing she expected was a diagnosis of Rheumatoid Arthritis.

“I couldn’t lift my arm up over my head or anything, I had to use my other arm to help move it,” Carly told Women’s Health. “Then slowly my elbow, my wrist, my other arm and so on.”

The Victorian was hospitalised after anaphylactic attack, which is believed to have brought on the condition.

“I still didn’t know what was going on with my body, I just presumed it was still from having a big shock to my system.”

She returned to the doctors twice in unbearable pain before she finally tested.

“I waited probably a week or two to go to the doctors and I got really bad and they said that it wasn’t anything significant, it was just from my attack.”

“Then I waited until it was unbearable, until I was pretty much a 90-year-old and my husband was doing everything to help me and then I went to see another doctor and I had all blood tests and everything taken.”

While battling the debilitating pain, Carly was struggling to care for her six-week-old and two-year-old.

“It was impacting me dramatically because to try and breastfeed her, I had to stand up and feed her and try to put a pillow under me and lean onto something to try and feed her. I couldn’t really bath her properly so I had to wait until my husband got back from work to help. Yeah, changing her and things like that was taking a lot longer than it should’ve.”

When she was eventually diagnosed, Carly was distraught, especially after turning to the Internet for information.

“I went home and was feeding my daughter one day so I thought I would look it up and I found it on good old doctor google and looked it up straightaway and yeah, that was a bad move.”

“The first images that pop up are all deformities, massive deformities in your hands, feet and toes and everything and I straight away thought that’s obviously how I am going to end up.”

Her mother also suffers from Rheumatoid Arthritis and Carly assumed that it was a condition that only older people experienced.

“I even thought my mum was too young when she got it… I thought it was something that only older people got.”

“I didn’t really know too much about it except for those images that I just could not get out of my head.”

Carly’s doctor said that it’s likely that she would have developed Rheumatoid Arthritis in her lifetime but the anaphylactic shock triggered it much earlier.

After trying a couple of rheumatologists, Carly found one that would help her continue to breastfeed her daughter, as the typical medication ruled that out.

“I still got to feed my daughter for 15 months but I stopped feeding her at 15 months because it ended up getting unbearable again.”

Around this time, Carly and her husband tried for another baby but sadly suffered a miscarriage.

“They said it was because my body was just in too much pain that it makes you… pretty much it was going to keep happening until I got my pain under control.”

But fortunately, they eventually welcomed a third child and the now 33-year-old has managed to get her condition under control after years of suffering.

According to Arthritis Australia, almost 300,000 Australian women suffer from the condition and new onset Rheumatoid Arthritis following childbirth is surprisingly common that few mums know to look out for.

Carly says that anyone experiencing symptoms should see a GP straight away and stay well clear of Doctor Google.

“I would go straight to a GP until you get the answers you feel like you need. Don’t just medicate straight away, I would definitely look even into the new medicine because that was amazing.”

If you’d like more information about Rheumatoid Arthritis, free app designed to help sufferers understand how your body changes following a diagnosis and how to find the right solution for you. The app is available from Google Play and iTunes at www.raxplained.com.au.