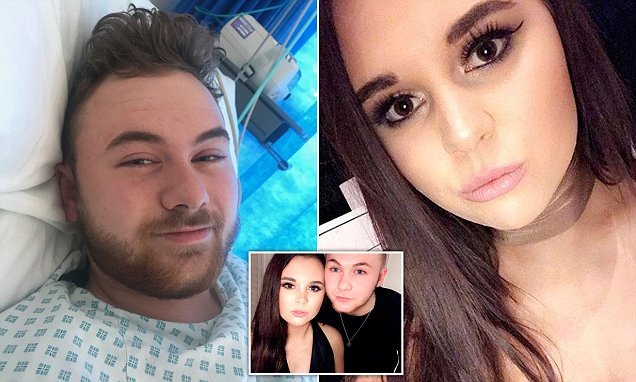 Holby City to the rescue! Woman, 20, saves her boyfriend’s life using CPR learnt from the TV soap after he had a heart attack, woke up next to her gasping for air and told her he ‘was going to die’

Georgia Groom, 20, sprang into action after her partner Jack Norman, also 20, woke up next to her gasping for air in the early hours of last Thursday, July 26.

Mr Norman, who has asthma, told his terrified girlfriend he was ‘going to die’ before turning white and collapsing on the floor.

But Ms Groom, from Stevenage in Hertfordshire, kept her cool and used CPR techniques she had seen on the medical drama until an ambulance arrived.

Paramedics told her Mr Norman had suffered a heart attack and would probably have died if she had waited just 30 seconds longer to help him.

Now recovering, Mr Norman says his girlfriend is his ‘hero’ and ‘I owe her my life,’ adding the ordeal has brought the couple of 18 months closer together. 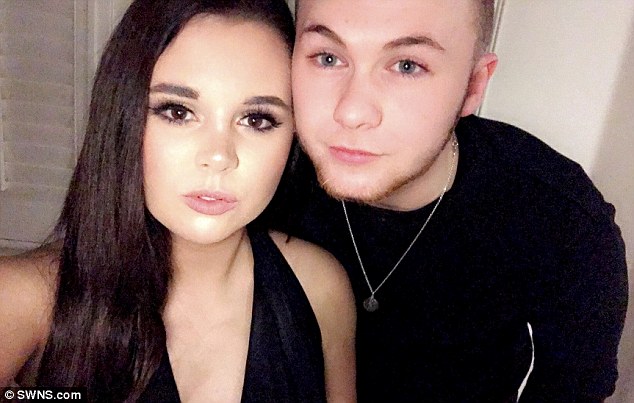 Georgia Groom, 20, saved the life of her boyfriend Jack Norman, also 20, by administering CPR when he had a heart attack in the middle of the night last Thursday

Ms Groom, a law firm administrator revealed she was very emotional when she realised her boyfriend was in trouble but she phoned an ambulance and composed herself to give the lifesaving first aid.

Ms Groom said: ‘I was crying. So many emotions were racing through my head.’

She immediately rang for an ambulance and followed the instructions of the call handler.

‘She said to call her back if he got even worse. Then he started fitting,’ Ms Groom said.

‘The last thing he said to me was “Georgia, I’m going to die”‘

‘The last thing he said to me was, “Georgia, I’m going to die”. He dropped to the floor and went completely white, stone cold. It was awful.

‘I laid him on his back and performed CPR. After about three to five minutes his heart started beating again.

‘At least, it felt that long. I honestly thought I had lost him.

‘I learned through watching Holby City. The woman was counting with me but I knew what to do from watching it on TV.’ 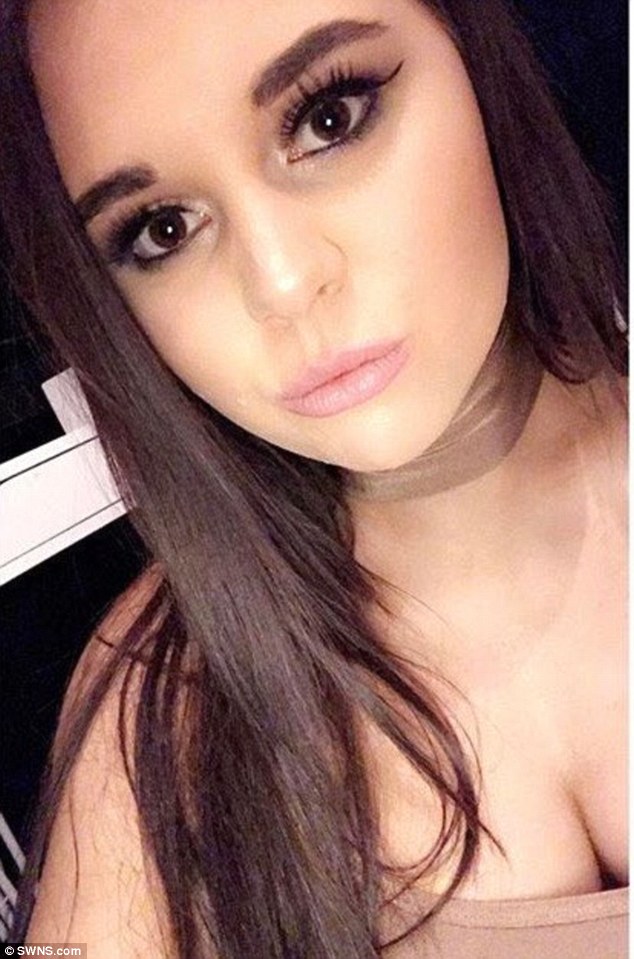 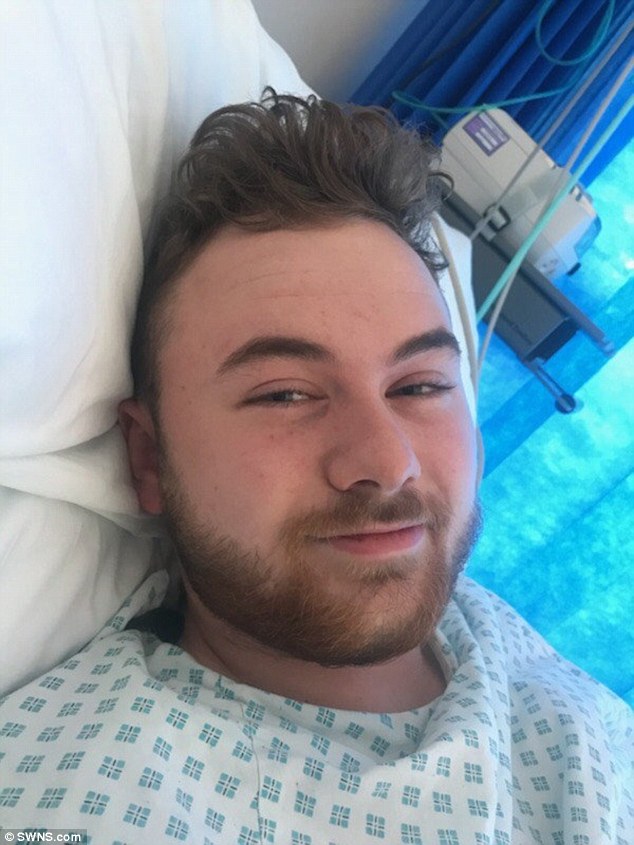 Mr Norman, a retail worker, has asthma and woke in the middle of the night gasping for breath – paramedics later revealed he had a heart attack and would likely have died without his girlfriend’s help

CPR, short for cardiopulmonary resuscitation, involves pressing rhythmically on someone’s chest to get their heart beating again after a heart attack.

Trained first aiders can also blow into a person’s mouth if they are not breathing on their own, but the NHS does not advise this for people with no training.

HOW TO GIVE CPR

Cardiopulmonary resuscitation (CPR) can be used to try to restart someone’s heart if it has stopped.

CPR should only be used in an emergency situation if someone is unconscious and not breathing.

People without CPR training should stick to hands-only chest compressions, the NHS says.

To carry out a chest compression:

Place the heel of your hand on the breastbone at the centre of the person’s chest. Place your other hand on top of your first hand and interlock your fingers.

Position yourself with your shoulders above your hands.

Using your body weight (not just your arms), press straight down by 5-6cm (2-2.5 inches) on their chest.

Keeping your hands on their chest, release the compression and allow the chest to return to its original position.

Repeat these compressions at a rate of 100 to 120 times per minute until an ambulance arrives or you become exhausted.

An ambulance arrived at Mr Norman’s house after 10 minutes and paramedics took over, managing to save him from the life-threatening situation and get him to hospital.

‘Georgia’s my hero, I owe her my life’

Ms Groom added: ‘They said he was very lucky and he would not have made it.’

Mr Norman, a retail worker, said: ‘Georgia’s my hero. At the end of the day, I owe her my life. It’s been a scary experience.

‘Especially as she didn’t have any training, it makes it even more wonderful that she did that.

‘It’s very eye-opening. It’s brought us closer together and we’re definitely not taking life for granted.’

The couple were friends at school but became closer after leaving and have been together for 18 months.

In a stroke of luck, Ms Groom had just moved in with her partner at his parents’ house in Stevenage.

Had she not been there he would have been home alone as mother Victoria, step-dad Matt and 13-year-old sister, Isabella, were on holiday in Spain at the time.

His mother, Mrs Norman said: ‘She called an ambulance and, completely on her own in our house, performed CPR – for which she had never had any training. 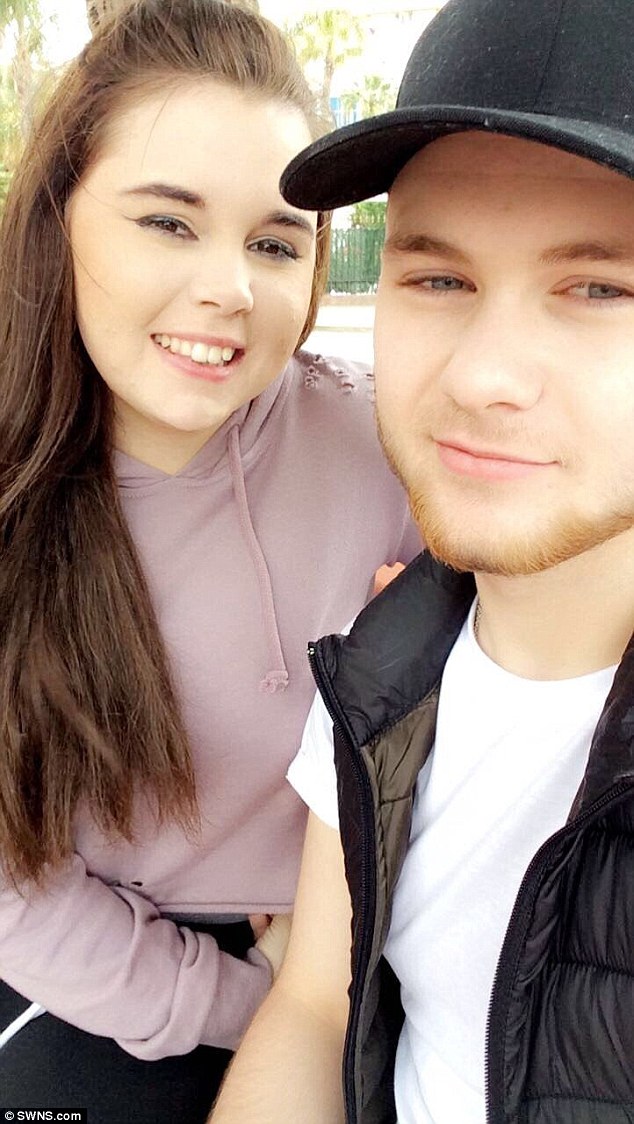 Ms Groom had just moved into Mr Norman’s parents’ house in Stevenage, which was a stroke of luck because his family were on holiday so he would have been home alone if she wasn’t there 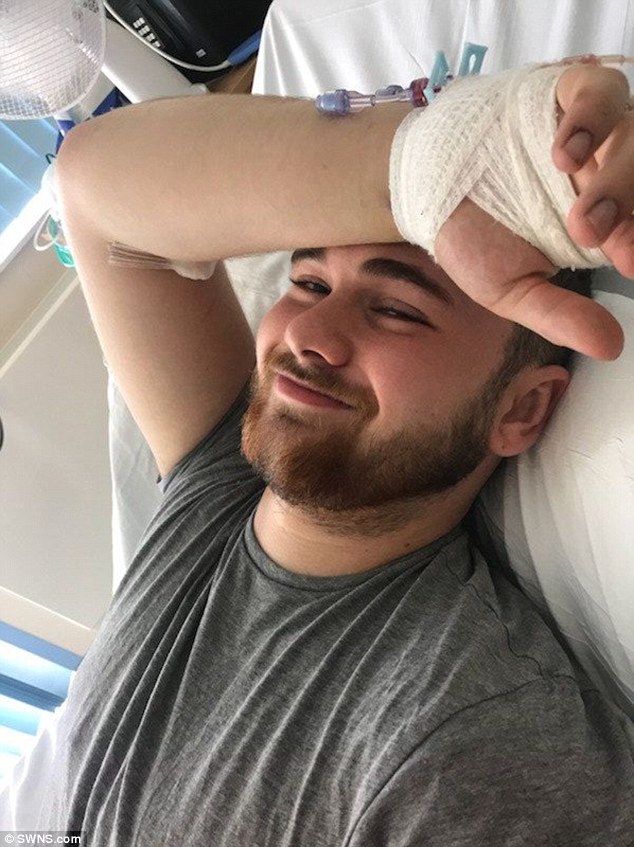 Paramedics arrived at Mr Norman’s house 10 minutes after Ms Groom made a 999 call and managed to get him to hospital, where he recovered well 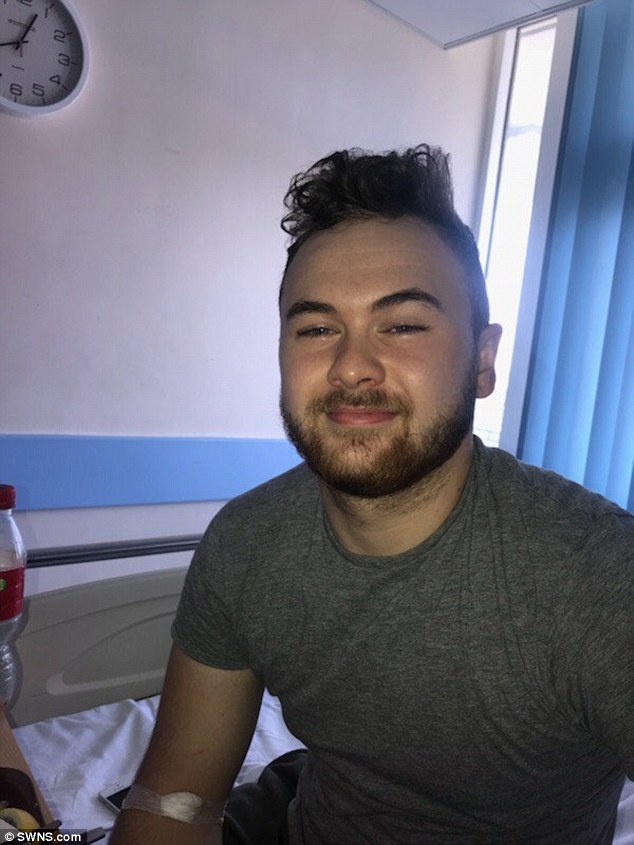 Mr Norman says his girlfriend is his ‘hero’ and ‘I owe her my life,’ adding the ordeal has brought them closer together as a couple

‘Her actions saved my son’s life. She showed courage and bravery, and her ability to remain calm shows a true hero.’

Reflecting on the ordeal, Ms Groom said it had not sunk in yet, adding: ‘I’m so overwhelmed with the amount of messages I’ve received.

‘I do feel so proud and I never thought I would’ve been in a situation like that.

‘I was not calm but I was calm enough to know what I needed to do to save the person that I love.’

She is now calling for CPR to be taught in schools, and said: ‘In that moment, you don’t want to listen to that person on 999 telling you what to do.

‘People should be taught that in school. It’s definitely an important thing.’