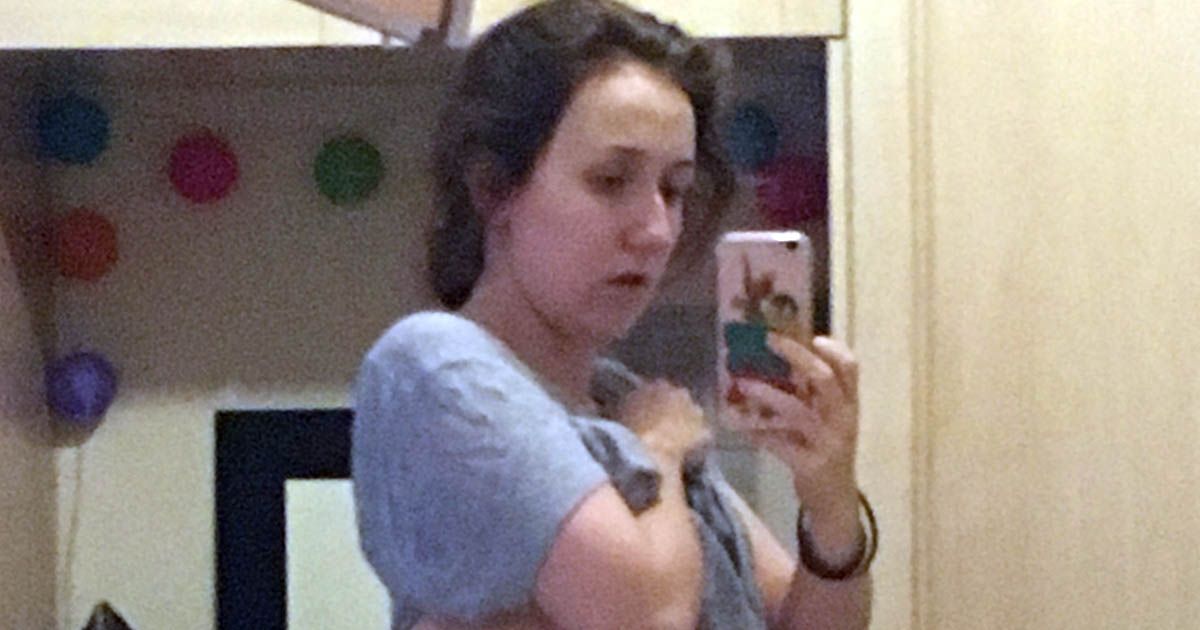 A woman found out she had ovarian cancer – after becoming so bloated that her friends told her she must be pregnant.

The 15cm tumour caused Rosa Hesmondhalgh’s belly to double to 60 inches in less than a month.

And everyone she spoke to agreed it looked like a pregnancy.

But when the pain prompted her to visit A&E in January, Rosa was diagnosed with Stage 3 Ovarian Germ Cell Tumour – which had caused the build-up of fluid around her gut.

The actress had to have it drained, followed by removal of an ovary and fallopian tube.

Rosa, who was declared cancer-free in June, said: “I had this huge stomach. Friends joked about how I looked eight months gone.

“When I finally got tested this huge mass came up on the ultrasound – even I thought maybe I’d had a pregnancy that went wrong.

“To be told it was cancer was an utter shock. At 23, I was young and fit – the last person you’d expect to fall so ill.”

Rosa is sharing her story to raise awareness about the disease and its symptoms.

She said: “I want others in my situation to recognise it early.”

When Rosa first noticed bloating in December, she put it down to festive weight-gain.

She said: “I’d just graduated drama school and was finishing my first professional tour – and my costume no longer fitted.

“I told myself it was inevitable at Christmas, went on a fasting diet and did yoga every day.

“I went to a walk-in centre to see if anything else was wrong and was told I was probably constipated or had trapped wind.”

But by the end of January, her waistline had doubled in size.

Rosa, of Finsbury Park, North London, said: “I remember getting ready for a first date and it took ages to find anything to fit. I felt so self-conscious.”

After three weeks the stomach pain and tiredness were so bad she went to A&E at Whittington Hospital, North London.

While she awaited results, another patient glanced at her and asked when she was due.

“I was so tired and in pain I couldn’t even laugh about it,” Rosa recalled.

“I just wanted answers. Pregnancy tests had come back negative, but I wondered if I’d had a miscarriage or ectopic pregnancy.”

When she was referred to University College Hospital after doctors feared the fluid could be cancerous, Rosa admitted: “It was a shock. I’ll never forget it.”

Scans confirmed the cancer, and that it had spread to her lymph nodes and omentum, the fat layer over the stomach. While Ovarian Germ Cell Tumours are rare, usually striking younger women, most can be treated.

But Rosa was told her fertility would be compromised.

She said: “It was so much to take in. I wanted to be thinking about my friends, my career and dating.

“Knowing I had to fight this, and might not be able to have children if I did, was hard.”

After being left anaemic due to the blood loss when the fluid was drained, Rosa then faced six weeks of chemotherapy at UCH’s Macmillan Cancer Centre.

In March she had six hours of keyhole surgery, and was discharged in May – her stomach back to normal size.

And in June she was not only given the all-clear, but also told she had kept her fertility.

Rosa said: “I burst into tears. Beating this has given me huge self-worth.” She still has counselling at UCH’s Macmillan wing, which she calls “a special place”.

She said: “Sometimes I felt like the youngest person there but Macmillan knew how to make me comfortable.”

The actress now runs a blog called Madame Ovary, and plans to write a one-woman show about her experience.

She said: “I’m passionate to use my training to turn this into art and help other young women.”