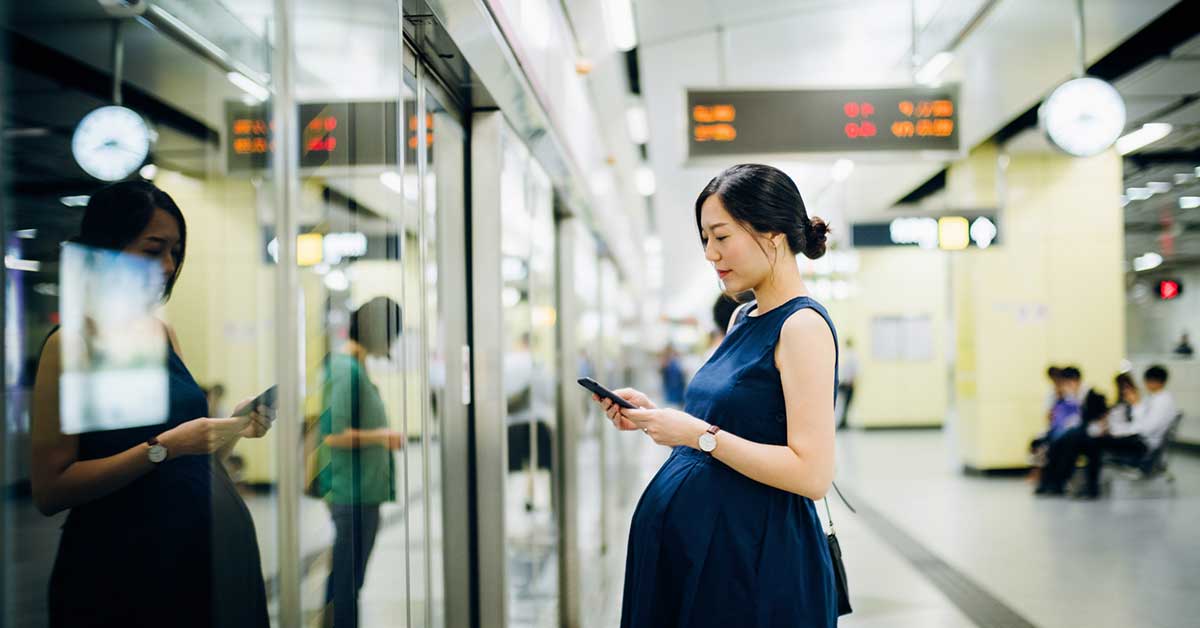 Young women today are 50 percent more likely to experience prenatal depression than their mothers were in the 1990s. Here’s how to recognize the signs.

When Lucy Howard was pregnant with her second child, she felt like she was walking through fog.

“It was a struggle to get up most [days]… I would spend mornings just sitting on the sofa crying. Everything seemed harder,” she said. “I struggled to do daily chores and the house became a mess, which led to me feeling like a failure.”

Howard said she’s had anxiety and depression since she was 20 years old and was told there was an 80 to 90 percent chance that she’d experience pre- or postnatal depression. However, she assumed it would most likely occur after she’d given birth.

“I was quite shocked that I was hugely depressed and anxious during my pregnancy,” she said, explaining that symptoms began shortly after she became pregnant. “It was actually at my first appointment with my midwife that I realized how much I was struggling. I burst into tears and told her how worried and anxious I was all the time.”

What Howard was experiencing was much more than anxiety and worry. It was prenatal depression, a condition thought to affect 14 to 23 percent of women in the United States.

A new study by researchers in the U.K. found that young women of the current generation are 51 percent more likely to experience prenatal depression than their mothers were in the 1990s.

Of the older generation, 408 mothers (17 percent) had high scores in depression screening tests, compared with 45 mothers (25 percent) of the current generation. That’s an increase of 51 percent.

Researchers say an increase in the prevalence of prenatal depression represents a significant public health concern with implications for both current and future generations.

“We know that depression during pregnancy is common. We know that it’s possibly one of the most important timings of depression because it not only impacts the mother, it impacts the developing fetus,” said Rebecca Pearson, PhD, a lecturer in psychiatric epidemiology at the University of Bristol and lead author of the research. “Depression for the individual is the leading cause of disability worldwide because it interferes with functioning, the ability to go to work.

She adds, “It’s obviously very unpleasant and it’s intergenerational, so it has an impact on the child.”

Pearson said one of the reasons for the increase in prenatal depression among the current generation may be the cost of living compared with that of previous generations.

“The financial pressures are way worse. Our mother’s generation could get a house… now the house prices have just gone crazy. You really have to have two incomes to have a decent house near a decent school. You just can’t survive without two incomes. People are relying on that. They don’t have that option to stay at home for longer,” Pearson told Healthline.

Dr. Leena Nathan, an assistant clinical professor in the department of obstetrics and gynecology at the University of California Los Angeles, believes it’s harder to be a mother now than it was in the ’90s.

“Women are now under more stress than ever before. More women are working while also having children. Modern life is more fast-paced than before. We don't have as much time to rest or slow down and enjoy life. Social media and technology can also contribute to mood disorders. The mothers’ generation did not have to contend with these issues,” Nathan said.

Nevertheless, she insists the dangers of prenatal depression are significant and a possible increase shouldn’t be ignored.

“Women who are depressed can’t properly care for themselves,” she said. “We worry about mothers who may hurt themselves or their babies. We know that a fetus needs mentally healthy moms to grow and thrive emotionally, socially, and even physically. A mother’s happiness directly impacts their children's well-being and the effects of a depressed mother can ripple into future generations.”

Pearson says it’s also possible the current generation is experiencing higher levels of prenatal depression due to having greater aspirations and expectation of success. Her study found that women of the younger generation in the U.K. were more likely to have received their high school diploma than their mothers’ generation.

Kimberly Vandegeest-Wallace, PhD, a psychologist at the University of Kansas Health System, said women who are used to achieving anything they put their mind to may find parenting challenging.

“Women who are highly educated are accustomed to being able to set a goal and achieve it. Becoming pregnant, being pregnant, and parenting are all very out-of-control aspects of a woman’s life,” Vandegeest-Wallace said. “This paradigm is such a contrast to the rest of life that many women haven’t developed a coping repertoire for failing, being disappointed, needing to be patient, and releasing control. Yet, all of these things are inherent aspects in the experience of parenting from the moment a woman decides to attempt to conceive.”

Lack of support can exasperate symptoms

When Lucy Howard was pregnant with her second child she says she felt immense guilt for not being joyful during her pregnancy. In Howard’s case, she had a midwife who was able to support her, but a number of women don’t experience the same level of care.

“We are in no way close to what needs to be done… to reach all men, women, and families suffering with perinatal mood disorders,” Christena Raines, RN, a psychiatric nurse practitioner at University of North Carolina, Chapel Hill and Vice President of Postpartum Support International, told Healthline.

Raines says career pressure and a lack of support of families is contributing to high rates of depression in mothers, and she believes changing attitudes about maternity leave would help address the problem.

“The U.S. does not mandate paid maternity or paternity leave like most other countries [such as] the U.K., Netherlands, and Australia. Supporting the family during this critical time can help decrease the severity of the illness and will encourage more mothers and fathers to seek help when needed,” Raines said.

Getting through the storm

Today, Howard is a proud mom to a son and a daughter. She shares her mental health story on her blog in hopes it will help struggling moms “get through the storm.”

Experts say even if a woman is in doubt about whether or not she’s experiencing prenatal depression, she should seek help.

Parenting can be an emotional rollercoaster for many. Experiencing a few more emotional moments is completely normal. However, if sadness or stress gets to the point where it’s interfering with a parent’s daily life, then it’s time to get help.

Ann Smith, a nurse midwife and president of Postpartum Support International, says signs to look out for include sadness that doesn’t lift, intrusive thoughts, excessive and unrealistic anxiety, excessive irritability or anger, appetite changes, and insomnia.

“You are not alone. You are not to blame. With proper help you will be well,” she said.