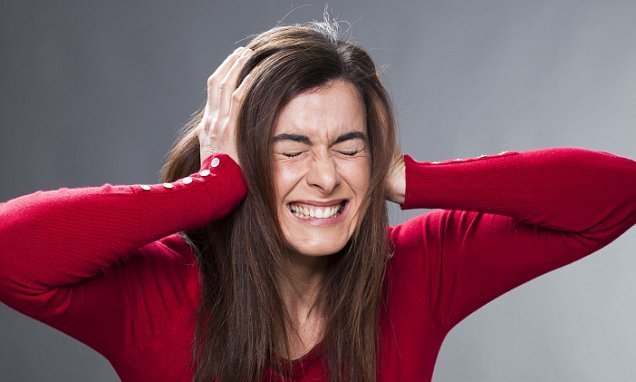 Why do you blink when you hear a loud noise? Scientist answers curious 8-year-old’s question and explains the reflex is your brain trying to protect your eyes

Can you explain why you blink if you hear a door slam loudly?

The action is an uncontrollable reflex and the body does it to protect your eyes, according to an expert.

Technically called an acoustic startle-reflex eye blink, the reaction to a loud noise or bright light is a survival instinct which has existed in humans and animals for many years.

A scientist has broken down how the reflex works in response to a question from a curious eight-year-old.

Angus, 8, from Hobart in Tasmania asked: ‘Why do you blink when there is a sudden loud noise close by?’

Professor John Furness, a scientist at the University of Melbourne, explains the phenomenon for The Conversation: 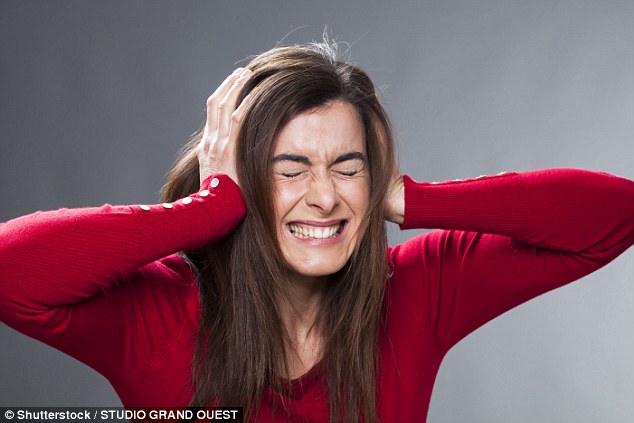 When a noise surprises us, our eyes blink without us even realising. It happens unconsciously, without us telling our brain to do it.

This is called a blink reflex. It has an even longer name, actually. We call it ‘the acoustic startle-reflex eye blink’.

The blink happens especially fast – in about a hundredth of a second – so you don’t have time to think about it.

The loud noise might be a warning that there is something falling nearby, or flying towards you.

Brain signals for eyes to close to protect them from damage

Our brain tells our eyes to quickly shut, to help protect them from any damage.

MORE THAN ONE IN 10 PEOPLE MAY HAVE ‘EXPLODING HEAD SYNDROME’

Scientists think 10 to 20 per cent of people may suffer from ‘exploding head syndrome’, in which they hear a sudden loud noise while they are dropping off to sleep, but wake up to find the noise was not real.

The type of noise can vary from explosions and fireworks to slammed doors, the sound of a gun firing, an enormous roar, shouting, thunder or a crack of lightning.

Doctors suspect exploding head syndrome is caused by problems with the brain shutting down as a person is falling asleep.

Dr Brian Sharpless, of Washington State University, explained when the brain goes to sleep, it’s like a computer shutting down.

Motor, sound and visual brain cells turn off in stages.

But for people with exploding head syndrome, instead of shutting down properly, the brain cells responsible for sound are thought to fire all at once, creating a blast of energy that the brain interprets as a loud noise.

‘That’s why you get these crazy-loud noises that you can’t explain, and they’re not actual noises in your environment,’ Dr Sharpless said.

Past studies estimated one in 10 people experience exploding head syndrome during their life, but a study by Dr Sharpless’s in 2015 found a fifth of university students experienced the phenomenon at least once.

Our eyes and ears pass messages to special nerves, called the sensory nerves, to cells in the bottom part of our brain, in the brain stem.

The part of our brain that receives the message is called the pons.

A message is then sent back to a nerve in our face which controls our eyelid, telling it to close.

We don’t have any control over the action

Because the message only passes through the bottom part of our brain, in the brain stem, we don’t realise the message has been sent. It happens automatically, or unconsciously.

Try closing your eyes for a second now, and then open them again. To do that, a message passed a different part of our brain called the cerebral cortex.

This reflex is a little bit different, because it sends a message to the cerebral cortex, so we know when it happens. It also makes it a little bit slower.

Bright lights can damage special cells in the back of the eye, which are important to see. We need to avoid very bright light, so you shouldn’t look at the sun.

‘Startle responses’ also happen in other parts of the body

Startle responses also happen in other parts of the body, like when there is a loud noise, when we suddenly see something, or when we feel a touch or a push we didn’t expect.

The responses make some muscles in our jaw, neck, and legs tighten, and releases a hormone, called adrenaline.

The startle response makes us more alert, sharpens our senses and gets us ready to run from a threat, or protect ourselves from it.

The adrenaline makes the heart beat faster, which we can sometimes feel.

For example, this can happen when something suddenly comes toward your eyes, like a ball flying through the air.

You will automatically turn away and cover your eyes, to protect them.

Both humans and animals experience these reflex responses. They happen automatically to help protect us.