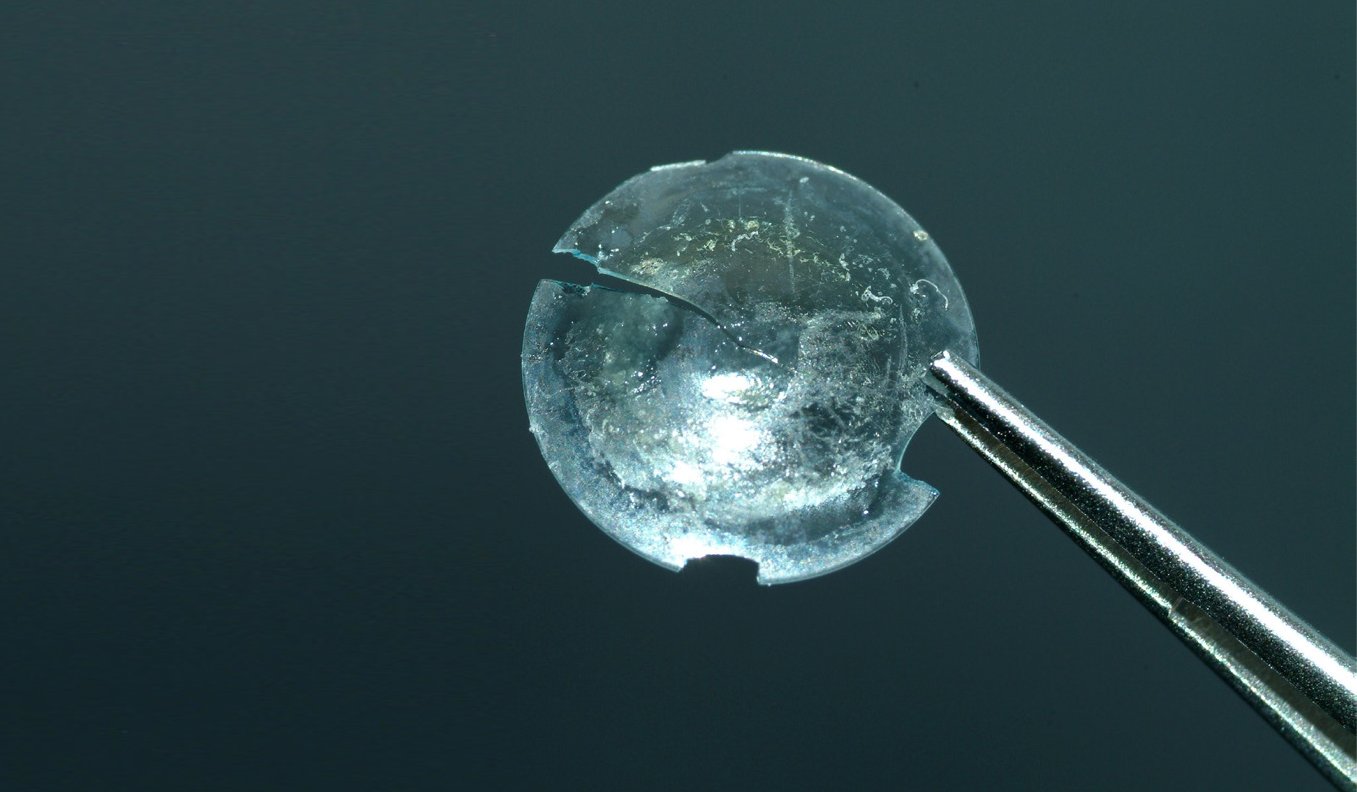 A 42-year-old woman recently had just about every contacts-wearer’s nightmare scenario come true: Doctors found a contact lens that had been stuck in her eye. Except her nightmare is even worse than you’ve probably ever imagined. That contact went unnoticed in her eye for 28 years.

Yep, you read that right. Her ophthalmologists detail the case in an article published Friday in BMJ Case Reports. The woman had been experience swelling and drooping of her left upper eyelid for about six months and was referred to an eye doctor after seeing a general practitioner. The case report authors write that an MRI revealed a small cyst, which was then surgically removed.

That’s when things got really interesting. “On removal, the cyst ruptured and a hard contact lens was extracted. The foreign body was extremely fragile on removal and handling. It was later confirmed that this was an RGP lens,” the authors write. RGP stands for rigid gas permeable contacts, meaning the contacts are hard but allow oxygen to reach the surface of the eye.

If finding a long-lost contact in your eye isn’t alarming enough, the story then takes another dramatic turn: This woman had not worn this type of lens since she was a teenager. “On further questioning, the patient’s mother recalled that the patient had a history of blunt trauma to the upper left eyelid as a child. The patient was hit in the left eye with a shuttle cock while playing badminton at the age of 14,” the authors write.

Apparently, she had been wearing an RGP lens back then—and never found it. With no symptoms at the time, she and her family figured it had fallen out and gotten lost, as contacts sometimes do.

Turns out, it was still with her after all that time. “The patient never wore RGP lenses following this incident. We can infer that the RGP lens migrated into the patient’s left upper eyelid at the time of trauma and had been in situ for the last 28 years,” the authors conclude. Yikes.

Luckily for the patient in question, this missing contact had hardly caused any trouble over the nearly three decades it was lost in her eye. Her doctors couldn’t even pinpoint why she was experiencing swelling 28 years later, seemingly out of nowhere. At the very least, they write, this should encourage doctors to make sure they get a detailed history of a patient’s past trauma.

Speaking of past trauma, last year, doctors found 27—yes, 27—contact lenses in a 67-year-old woman’s eye in a “bluish, hard mass … bound together by mucus.” We’re not sure which terrifying case is worse.

Luckily, these kinds of contacts horror stories are extremely rare. Good-fitting lenses should and do stay in place most of the time. However, if you think you may have lost a contact in your eye, there are a couple of tricks to try (and whatever you do, don’t immediately pop in a new one): Flip your upper eyelid to see if it’s hiding underneath, and try using saline drops to flush it out. If nothing works, call your eye doctor and leave this case of a missing contact to the professionals.