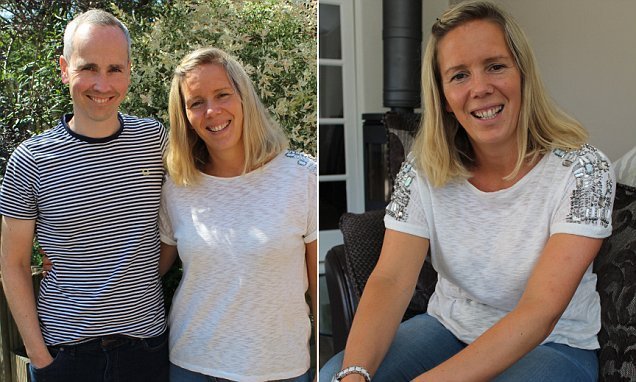 The woman aged 39 with dementia: Mother-of-two has the same condition that killed her father at 40

Mother-of-two who kept mixing up her children’s washing and repeating stories is diagnosed with dementia aged 39: Medic’s condition is the same one that killed her father at 40

A mother-of-two has been diagnosed with dementia at just 39 – after her family worried about her repeating stories and mixing up her children’s washing.

She even gave up work as a senior cardiac physiologist, after she was terrified of putting patients’ lives at risk when she began misreading scans.

And just last month Mrs Park was finally diagnosed with early-onset Alzheimer’s – after doctors dismissed her symptoms as depression for months, because scans provided no conclusive evidence.

Ms Park does not know how long she has left to live, after her father died aged just 40 from the neurological disorder.

Speaking out to challenge the stereotypes around dementia, she said: ‘I don’t see my dementia diagnosis as the end of the world.

‘I was devastated to start with but I’ve kind of got over that now. There’s plenty more left of me yet. I’m 39 years young.’

Around five per cent of people with Alzheimer’s are under 65, which is defined as being early onset. 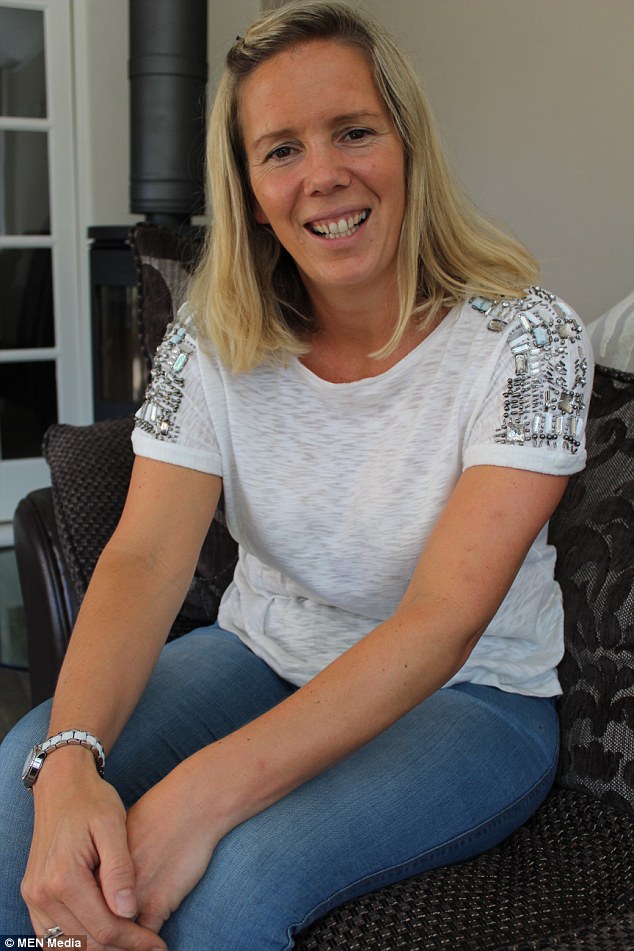 Mother-of-two Sarah Park was diagnosed with Alzheimer’s disease at just 39. She first became concerned 18 months ago when she started mixing up her children’s washing

WHAT IS EARLY-ONSET ALZHEIMER’S DISEASE?

Early-onset Alzheimer’s disease affects people under 65 and makes up around five per cent of the condition’s sufferers.

It occurs due to a single gene, which affects around 600 families worldwide.

These symptoms get worse over time.

Most cases are not inherited but are thought to be brought on by a combination of genetic and environmental factors.

There is no cure. Treatment focuses on managing symptoms.

Repeating stories at BBQs dismissed as too much Prosecco

To compensate, she would leave her home at 5am to get her to desk early, so she could spend longer analysis scans of patients.

She said: ‘I thought I could work my way through it by doubling the effort and that worked for 12 months, so I kept plodding on, but then there was another mistake.

‘It was nothing major and it got picked up so no patient was ever at risk, but I noticed mistakes and I just could not remember why I had made them.’

Mrs Park described the feeling of making mistakes as ‘horrible’ and decided to quit her job.

She said: ‘It wasn’t worth it. It was just one mistake, but it can make all the difference to someone’s health.

‘It’s sad because I loved my job, but the dementia was a bit of a problem, although I didn’t know it was dementia at the time, so I had to call it quits.’

He said: ‘It’s probably going back further than I realise; repeating stories on social occasions like a family barbecue which I put down to a couple of glasses of prosecco.

‘But then I noticed things at home a bit more – like putting cups in the wrong cupboard or mixing up the kids’ washing and there was the work situation.’ 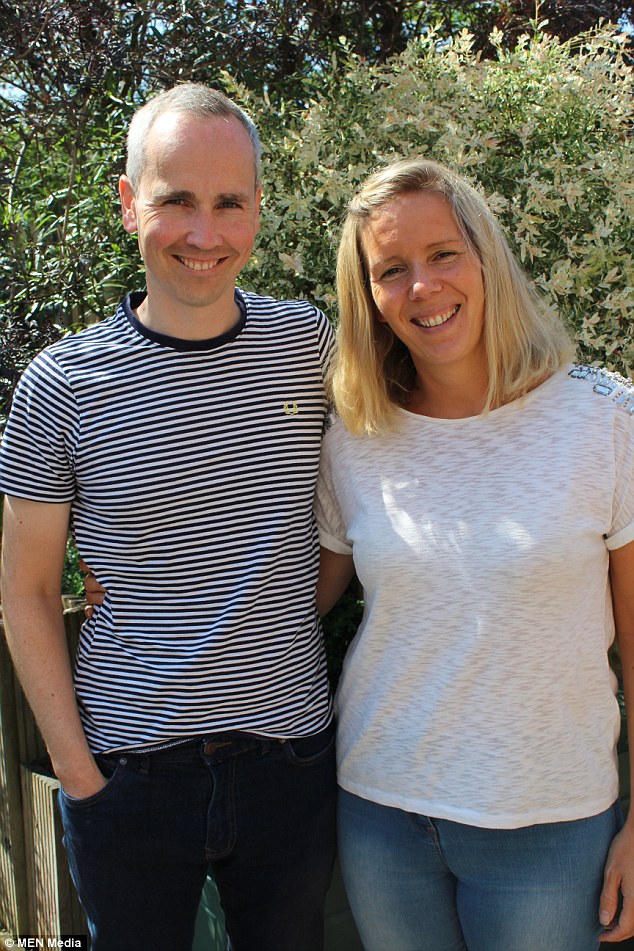 Her husband Richard (pictured) noticed she was repeating stories at family BBQs, which he put down as too much Prosecco. Doctors also dismissed her symptoms as depression

Despite her forgetfulness, doctors repeatedly dismissed Mrs Park’s symptoms as a mental-health condition.

Initial scans and a normal cognitive test failed to provide definitive answers and then 12 months later, a consultant added to the confusion.

Twelve months after her symptoms began, Ms Park was finally diagnosed with early-onset Alzheimer’s after seeking a second diagnosis at the Cerebral Function Unit in Salford.

WHAT IS EARLY-ONSET ALZHEIMER’S?

Early-onset Alzheimer’s affects people under 65 and makes up around four per cent of the condition’s sufferers.

It occurs due to a single gene, which affects around 600 families worldwide.

These symptoms get worse over time.

Most cases are not inherited but are thought to be brought on by a combination of genetic and environmental factors.

There is no cure. Treatment focuses on managing symptoms.

She said: ‘I was gutted; it felt like a kick in the teeth. But it was also a relief that we finally knew what was going on.’

On the day of her diagnosis, Mrs Park and her husband returned home, where they sat on the sofa and cried.

Yet their despair did not last long, with the couple vowing to remain positive.

Mr Park said: ‘We’re not the type of people who will sit around feeling sorry for ourselves and we don’t want anyone else to do that.

‘We came back in the afternoon so the kids were away at school, sat down on the couch, had a hug, had a cry but dusted ourselves off and by the time the kids came back from school we were fine.’

‘I took the kids to one side separately and told them about the diagnosis and how they would just have to support Sarah every step of the way.

‘And that’s what we’ve been doing, but we’ve still got to crack the whip and ask them to do stuff like tidy their rooms.’ 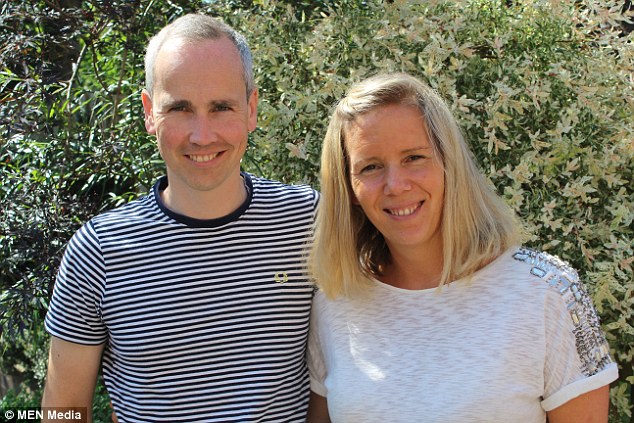 The pair sought a second opinion after a year of scans and tests coming back clear. When Ms Park was finally diagnosed they sat on the sofa and cried but are determined to stay positive

‘There’s no point looking too far ahead’

Mrs Park is coping with her diagnosis by staying fit with spinning classes twice a week, as well as walking dogs for friends and family.

She is also adjusting to life with her diagnosis by gardening and organising teas at the local cricket club.

Mrs Park said: ‘I’m enjoying life on a day-by-day basis and with the summer we’re having it’s been amazing.

‘There’s no point looking too far ahead; you’re planning and suddenly their childhood has gone. It doesn’t take long.

‘I miss work because I’m a caring sort of person and I love a good chat. I’ll be volunteering at the local hospice because I’ve got plenty to give my community.

Mrs Park will take part in the Alzheimer’s Society’s Manchester Memory Walk at Heaton Park on Saturday September 29 to raise money towards finding a cure.

The charity’s chief executive, Jeremy Hughes said: ‘While Sarah’s dementia diagnosis at such a young age is devastating, it’s inspiring to see her taking part in Memory Walk and doing her bit to raise awareness of younger onset dementia.

‘Her support is hugely appreciated.’