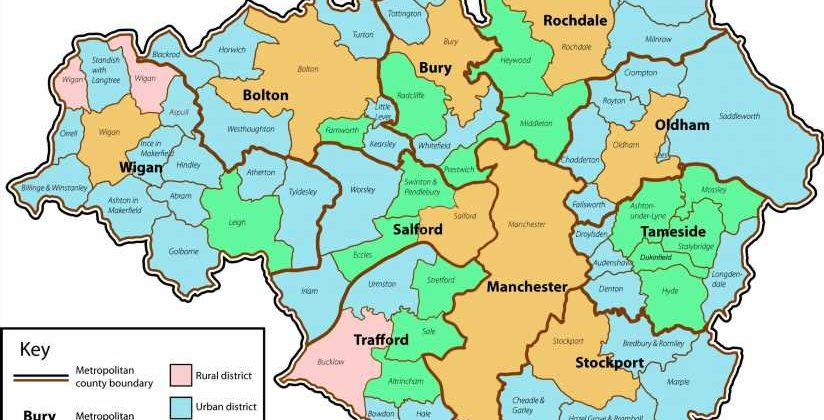 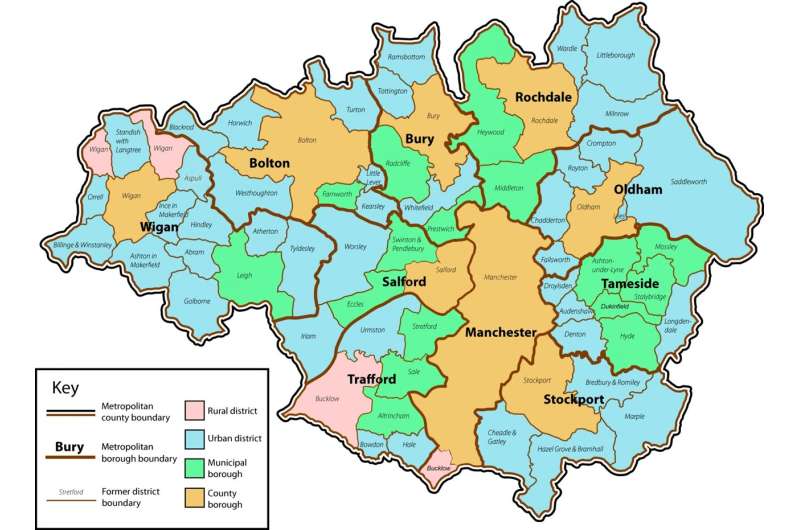 The devolution deal which granted Greater Manchester increased control over a range of public services, including health and social care, has been linked to a positive impact on life expectancy in a study by University of Manchester researchers.

The study also showed the benefits linked to devolution on life expectancy were felt in the most deprived local authorities where there was poorer health, suggesting a narrowing of inequality.

The improvements, say the researchers, may have been a result of a combination of changes in response to the devolution deals in the region, including the health and social care devolution agreement, the devolution of powers over wider determinants of health (such as housing, employment, transport, adult education, policing, and economic development), and the election of a Greater Manchester mayor.

The study, which is the first of first kind, estimated the impact of devolution on the population stratified by sex, local authority, income deprivation, and life expectancy compared to the rest of England, excluding London.

The researchers used local authority data on life expectancy at birth published by the Office for National Statistics between 2006 and 2019 to calculate the relationship.

Lead author Dr. Philip Britteon Research Fellow at The University of Manchester said, “We provide the first robust evidence on the impact of devolution in England on population health, focusing on changes occurring in Greater Manchester.

“The study shows modest improvements in life expectancy in Greater Manchester compared to comparable areas in the rest of the country from the introduction of devolution until the start of the COVID-19 pandemic in 2020, using a robust statistical method.

“This finding may have been driven by combination of changes in response to the health and social care devolution agreement, the devolution of powers over wider public services, the election of a new mayor, or earlier steps to improve population health prior to devolution.

“The findings support the suggestion that devolved systems are able to more closely identify and address the needs of local populations. However, further research is required to understand the mechanisms behind the estimated effect.”

Co-author Professor Matt Sutton from The University of Manchester and Deputy Director of the National Institute for Health and Care Research (NIHR) Applied Research Collaboration Greater Manchester (ARC-GM) said, “In Greater Manchester many more people die younger than in most other parts of the U.K.; many others suffer more from serious diseases.

“However, this study has shown that devolution in Greater Manchester could improve things for the better.”

Following devolution, the Greater Manchester Health and Social Care Partnership (GMHSCP) was established to set strategy and oversee its delivery, including the delivery of Taking Charge, the region’s five year plan.

And also part of the health and social care devolution settlement, NHS England granted the region control of its share of the national sustainability and transformation fund.

Co-author Dr. Yiu-Shing Lau from The University of Manchester said, “These findings may provide clues to the potential success or failure of Integrated Care Systems in England.

“However, there are key differences that should be considered when drawing comparisons between the setup of the GMHSCP and the organization of Integrated Care Systems outlined in the Health and Care Act 2022.

“Similar improvements in population health may not be replicated in Integrated Care Systems without a comprehensive representation of councils on their board.

“The success of future devolution reforms may therefore depend on other factors beyond the types and strength of powers devolved to a health system, including the extent to which health and wider public services are aligned.