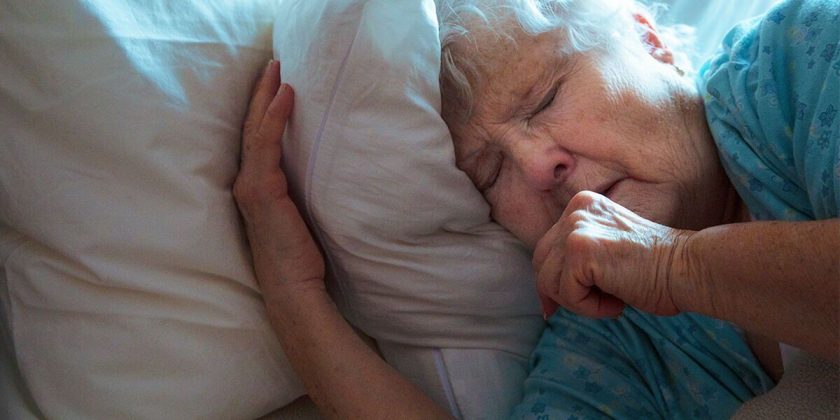 Lung cancer: Signs and symptoms to look out for

Some people rely on daily supplements to remain healthy. Without certain vitamins and minerals our bodies will struggle to function as normal. However, certain supplements can have a negative effect.

The World Cancer Research Fund says there is “strong evidence” from randomised controlled trials that high-dose beta-carotene supplements may increase the risk of lung cancer.

Beta-carotene is a red-orange pigment found in fruits and plants.

It is what is called a provitamin A carotenoid, which means the body can convert it into vitamin A.

And it is known to function as an antioxidant.

For this reason it is a popular dietary supplement, taken in tablet form.

But the World Cancer Research Fund says: “There is strong evidence from randomised controlled trials that high-dose beta-carotene supplements may increase the risk of lung cancer in some people.

“There is no strong evidence that dietary supplements, apart from calcium for colorectal cancer, can reduce cancer risk.

“For most people consumption of the right food and drink is more likely to protect against cancer than dietary supplements.”

One such trial that considers the use of beta-carotene supplements on cancer patients.

A study, published in Nutrition Reviews in 1994, found that beta-carotene was linked to a higher rate of lung cancer.

“The U.S. National Cancer Institute and the Finnish National Public Institute jointly sponsored a large double-blind, placebo-controlled primary-prevention trial to examine the effects of vitamin E and beta-carotene supplementation on reducing the incidence of lung cancers in male smokers, ages 50 to 69 years,” it says.

“Supplementation did not result in a significant reduction in lung cancer, and a higher incidence of lung cancer was observed in the group receiving beta-carotene.”

While another, published in Nicotine and Tobacco Research in 2019 ruled that smokers should “avoid” the supplement.

The paper says: “In this analysis, we found that beta-carotene supplementation caused lung cancer in male smokers regardless of the tar or nicotine content of the cigarettes smoked.

It concludes: “These findings support the conclusion that supplementation with beta-carotene increases the risk of lung cancer in smokers regardless of the tar or nicotine content of cigarettes smoked.

“Our data suggest that all smokers should continue to avoid beta-carotene supplementation.”

Common symptoms of lung cancer include: