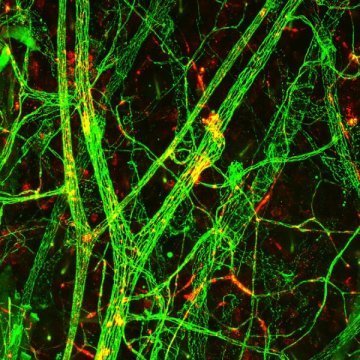 Currently, there is no effective therapy to inhibit capillary leakage and to maintain vessel stability in these diseases.

The latest research published in the Proceedings of the National Academy of Sciences indicates that a monoclonal antibody targeted against β1-integrin inhibits vascular leakage in a mouse model of sepsis.

Integrins are heterodimeric cell surface receptors that mediate interactions between cells and the surrounding extracellular matrix. β1-integrin is a key molecule in endothelial cells, which form the inner layer of the blood vessel wall. Previously, β1-integrin has been known to regulate blood vessel formation and vessel stability. Scientists have now identified a novel function for β1-integrin in vascular leakage associated with severe inflammation and sepsis.

“We made a remarkable discovery: a molecule that was previously known to mediate vessel stability, behaved in an opposite manner in inflammation, by inducing vessel destabilization and leakage. We found that inflammatory agents induced cell contractility that was mediated via β1-integrin, leading to gap formation between endothelial cells and increased permeability.”

The scientists used a mouse model of gram-negative sepsis (also termed endotoxemia), which was induced in mice by a bacterial component (LPS). The scientists found that the antibody against β1-integrin bound to the vascular endothelium, improved the junctions between endothelial cells and decreased vascular leakage in sepsis. In addition, the antibody protected the mice from sepsis-induced heart failure.

The antibody against β1-integrin was effective as a prophylactic treatment, but also as an intervention therapy i.e. when the antibody was administered after the onset of the disease.

“This is important since it mimics more the situation in real life. Sepsis may develop unexpectedly and proceed fast. When the patients arrive at the hospital, the disease may have already progressed. It would be important to have the means to inhibit vessel leakiness and the development of a more severe disease. In our study, the antibody against β1-integrin was effective in inhibiting vascular leak in mice even when it was administered after the onset of the leakage,” Dr. Saharinen said.

In sepsis the body’s own inflammatory reaction becomes overwhelming. Due to the increased level of numerous inflammatory agents, it has been so far difficult to develop a targeted therapy for sepsis.

“Using endothelial cells in culture, we found that β1-integrin is a key mediator of not only one, but several inflammatory agents that are upregulated in sepsis. Furthermore, we found that a vascular growth factor Angiopoietin-2, which is known to play a role in the pathogenesis of sepsis, regulated β1-integrin signaling in endothelial cells. Although there is still a lot of work to do to, these exciting results could ultimately help us develop an effective treatment to block capillary leak in sepsis,” Saharinen concluded.