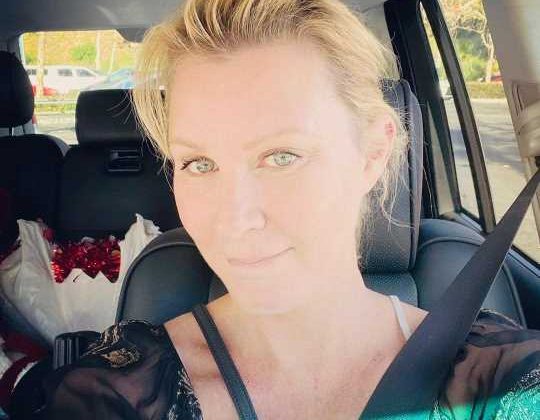 Sandra Lee is ready for a fresh start.

After gaining weight in 2020, the celebrity chef, 54, is trying a “cleanse” in the hopes of dropping the pounds.

Lee said that she gained 30 lbs. last year, and “weighed in at 170 two days before Christmas.”

“None of my clothes fit and worse I feel terrible,” she wrote on Instagram. “I feel my very best at 140 lbs.”

The Emmy winner said that she was inspired by her sister Kimmy to try a cleanse, and rather than waiting for the new year, she started her “new regime” on Christmas Day. On her plan, she’s abstaining from alcohol (“NOT EVEN NEW YEARS EVE,” she added), red meat and most carbs.

Instead, Lee is focusing on “lots of vegetables and berries, banana, watermelon, avocado,” along with fermented foods like pickles and sauerkraut; eggs and soups. “Oh and lots of water ……….A LOT!”

Lee said that since Christmas Day, she’s lost 10 lbs., but the low-calorie diet has left her feeling lethargic.

“My energy isn’t super awesome though (1250 calories a day is tough — I LIKE TO EAT!),” she said. “Tomorrow or the next day I’m going to go get a vitamin IV and hope that that helps a little bit.”

Lee’s daily caloric intake is significantly lower than the recommendations from the U.S. Department of Health, which advises that women eat around 1,600 to 2,400 calories per day, and men eat between 2,000 and 3,000 calories per day.

Lee also asked her followers to share their own health goals for 2021.

“I would love to know what your health plans are for the new year and hope that you stay the course and fulfill them alongside me,” she said.

The host of Semi-Homemade Cooking, who split from her former partner, New York Gov. Andrew Cuomo, in Sept. 2019, opened up in December about the heartbreaking process of moving out of her Westchester home.

"It took me a lifetime to build that home. The home I never had when I was growing up. Warm and clean with a spectacular view from every room,” she wrote on Instagram. “I can’t even imagine how I’m going to rebuild it or where I can rebuild it or that it’s even rebuildable."

Lee has since moved to her native California, and is looking forward to new career moves she has planned for 2021.

“Sandra has had a rough few weeks but is trying to focus on herself after years of putting others first," a source recently told PEOPLE. "She’s got many different big TV projects she’s working on, including cooking segments with the Today show and Lifetime. She’s excited to get back to herself and to work next year.”