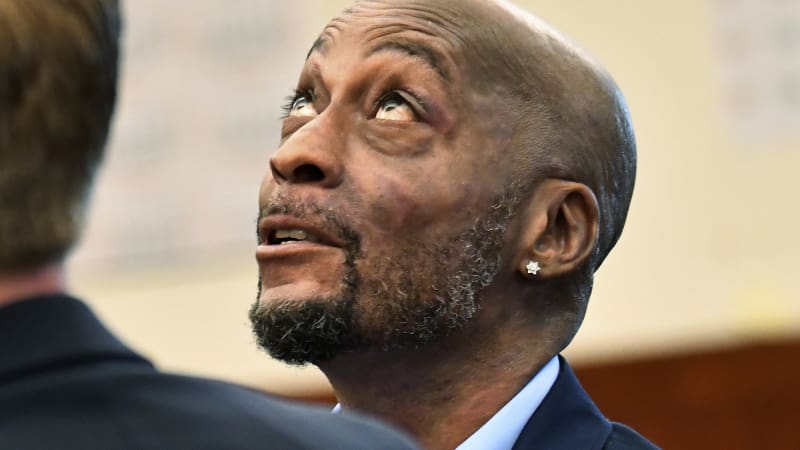 The safety of one of Australia's most common weedkillers has been thrust into the spotlight by a multi-million dollar landmark payout to a US groundskeeper who claims it gave him cancer.

But while Australia's Cancer Council has urged Roundup users to be careful, federal regulators say there is nothing to worry about. 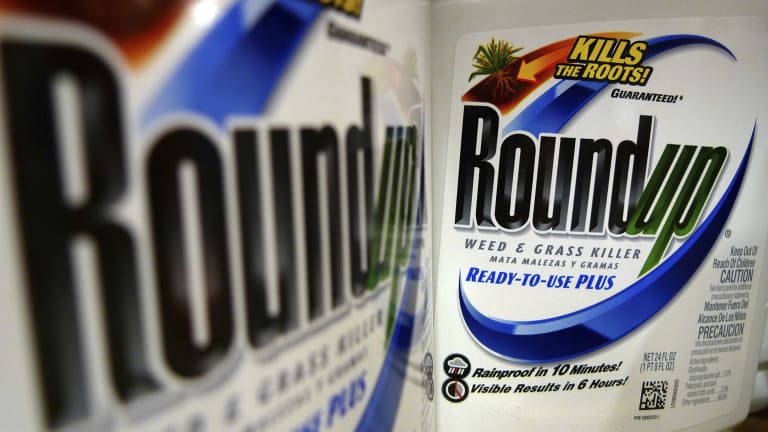 Weedkiller Roundup has been found to be a cause of cancer.

Last week a jury in California awarded $US289 million ($395 million) to Dewayne Johnson, who said he got terminal cancer after years of using Roundup as a school groundskeeper.

Mr Johnson blames Roundup for his suffering and accused the manufacturer, Monsanto, of concealing the dangers of the weed killer.

At the centre of the controversy is a chemical called glyphosate, the integral ingredient in Roundup and around 500 other products sold in Australia.

Monsanto vigorously rejected the California court's finding, pointing to several studies it said showed Roundup and glyphosate did not cause cancer. It said it would appeal the finding.

The decision "does not change the fact that more than 800 scientific studies and reviews – and conclusions by the US Environmental Protection Agency, the US National Institutes of Health and regulatory authorities around the world including Australia, New Zealand, Europe, South Korea and Canada – support the fact that glyphosate does not cause cancer," a Monsanto spokeswoman told The Age.

But that did not stop billions being sliced off the company's share price. Australian companies that make similar products have taken a hammering on the sharemarket this week.

Mr Johnson is one of hundreds of cancer patients suing Monsanto. His case was heard more quickly because he is dying.

In 2015, the World Health Organisation's International Agency for Research on Cancer (IARC) said that glyphosate is "probably carcinogenic to humans" – a finding that has since been subject to intense debate, scrutiny, lobbying and legal action.

In Australia, the Australian Pesticides and Veterinary Medicines Authority (APVMA) says it has studied that finding but still believes products containing glyphosate are safe to use as per the label instructions.

The US EPA also found the chemical probably wasn't cancer-causing, as did the World Health Organisation's own pesticides committee.

However, Johnson's attorney Timothy Litzenburg said the glyphosate wasn't the big problem – it was the Roundup. The interaction between glyphosate and other ingredients in the product increased its cancer-causing power, CNN reported him saying.

Cancer Council Australia chief executive Professor Sanchia Aranda told The Age the court case was unlikely to set any kind of precedent in Australia, given the higher threshold of evidence needed and the necessity for Australian workers to provide detailed exposure histories in similar cases.

However she cautioned those who come in contact with the weedkiller to take precautions. 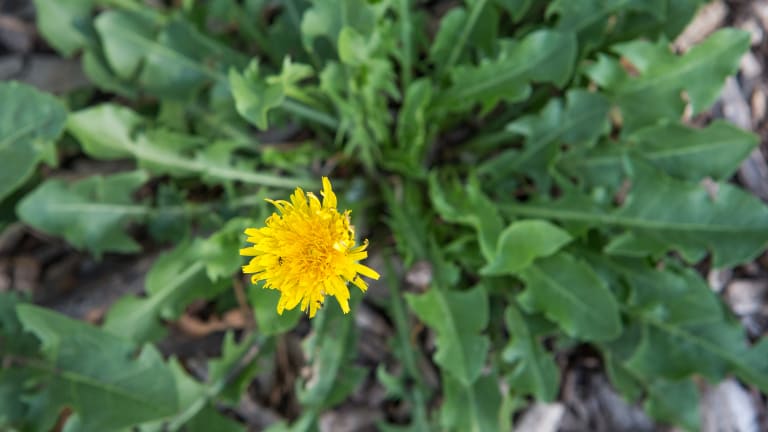 Roundup targets weeds such as dandelions.

"In 2015, the IARC handed down its report which listed glyphosate as a probable carcinogen in humans. That isn't a position that the organisation would take lightly," she said.

"Mum and dad using Roundup in the garden on the weekend have a very low exposure. [But] I certainly won't use Roundup in my garden. I'd rather pull weeds out."

She said many people in Australia are exposed to it in some way and urged them to take precautions.

"Council workers and farm workers are a concern, those who perform the regular application on large properties without using protective clothing. We do need to make sure our workers are fully across the risks they take using it and make sure they are supported in having their exposure reduced," she said. 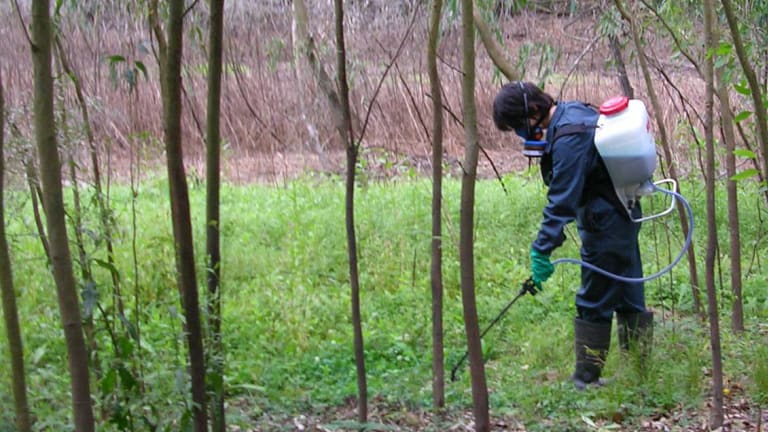 There are fears for council workers who’ve frequently used herbicides.

"We generally urge that people use filtration masks and eye protection and long covered sleeves and gloves so not they are exposed during widespread application. It’s about inhalation and absorption through the skin."

"It's been around for a long time but it is certainly something we should be being alert about."

National Farmers Federation chief executive Tony Mahar said most farming businesses in Australia use the herbicide and had been doing so safely for decades.

"It's incorporated into thousands and thousands of farm business enterprises across the country. It's incredibly widely used and has been here for 30 or 40 years," he said.

"There are hundreds of reports looked into this issue and found that there aren't any harmful affects to animals, humans or the environment."

Mr Maher said they were confident science-based regulatory authorities around the world had approved glyphosate for use.

"The IARC report also found aloe vera, coffee and pickled vegetables could potentially be carcinogenic. That report needs to be seen in the right light," he said.

"We are talking about compounds or active ingredients which, if used in the wrong way, possibly could be carcinogenic. That is the crucial point of this, if you use anything in the wrong way it could be harmful to your health."

"When used according to the label requirements it makes a significant difference to farmers' productivity because it saves water, it saves other chemical use. It's an integral part of agricultural production in Australia, across all commodities."

Farmers could use 'old chemistry'

Some in the farming community say they worry any effort to restrict or ban Roundup will have disastrous consequences.

Matthew Cossey, the head of CropLife Australia – the peak industry organisation representing the agricultural chemical sector – said the public needed to trust the rigorous work of the regulators who say Roundup was safe.

"Most people have a form of glyphosate weedkiller for their backyards. Councils use it because of its safety. The alternatives you can't use in urban environments," he said.

"It's considered one of the great chemical innovations for agriculture because of its safety and effectiveness."

"People flippantly say we can ban these things even though there is no basis to it. And that will lead farmers back into old chemistry. That’s why we need to understand how significant it is and how safe it is."

Mr Cossey said "sensationalised falsehoods or scaremongering" needed to be avoided when discussing the herbicide as any changes to its accessibility would have huge ramifications.

"It will lead to bad outcomes longer term.

"Those of us in the plant science industry understand the community needs to have absolute confidence that anything that is used here, that is registered here or is available on the market is safe to use as intended.

"So we always welcome a broad community conversation around these issues, in the hope it elevates better understanding. But it needs to be one that's not on sensationalised falsehoods, but one on fact and science.

"I would recommend what people do is cut through the hype and go through trusted sources. Every single leading independent expert in this area says there is no issue here."

The chief executive officer of the regulatory authority,  Dr Chris Parker, said approved products containing glyphosate should continue to be used according to label directions.

"The APVMA is aware of the decision in the Californian Superior Court," he said.

"As the national regulator for agricultural chemicals, we continue to track and consider any new scientific information associated with the safety and effectiveness of glyphosate, including the information available from other regulators."

He said there were no plans at the moment to review the regulator's position on the chemical.

Sinochem and Scotts are the chemical's official distributors in Australia, according to Monsanto's website. Sinochem referred all requests to Monsanto Australia, while Scotts is yet to respond to requests for comment.