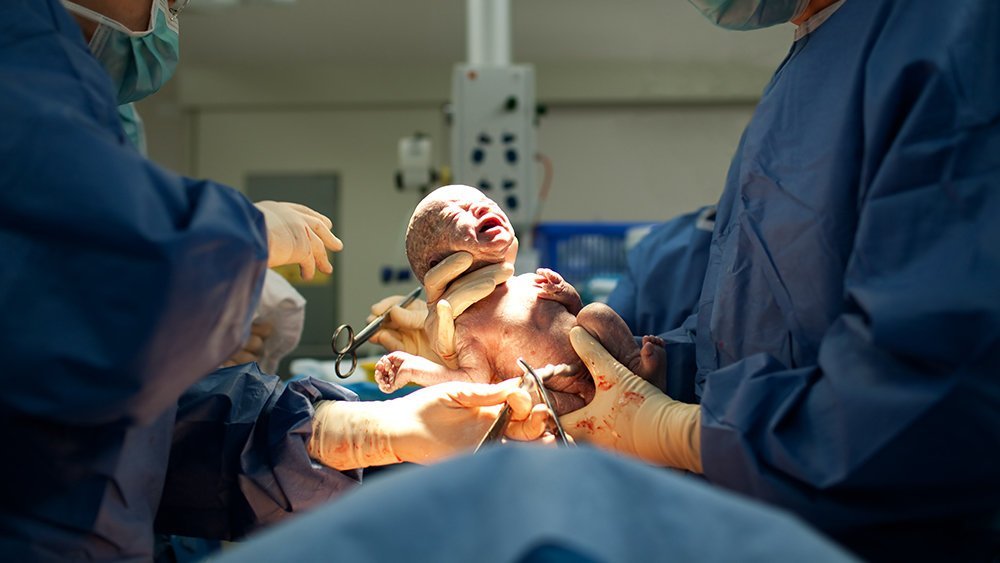 Even though human life begins small, the importance of providing the best of care for an expectant mother and her unborn child is monumental. Nowhere is this more evident than within Northwestern Medicine, where Prentice Women’s Hospital can accommodate some 13,600 births annually. Prentice and next-door neighbor Ann & Robert H. Lurie Children’s Hospital of Chicago together treat more than 2,000 of the most fragile of infants in neonatal intensive care each year.

Taking advantage of this fertile environment, Northwestern investigators are advancing novel research in maternal-fetal medicine in directions never before seen. Collaborations involving obstetricians, neonatologists and psychiatrists plus biomedical engineers, pharmacologists and developmental psychologists have sparked initiatives that touch upon all aspects of pregnancy to birth and beyond.

A labor of discovery

Choosing to induce labor in healthy women for no medical reason has long been thought risky. Obstetricians have feared prompting a cesarean delivery and/or causing harm to the newborn through an unnecessary intervention. Turns out, this conventional wisdom has some wiggle room. In fact, inducing labor at 39 weeks—just one week earlier than the standard 40 weeks of pregnancy—actually reduces the rate of C-sections and decreases maternal and fetal complications, according to new research.

At the annual meeting of the Society for Maternal-Fetal Medicine in February, William Grobman, MD, MBA, ’97, ’00 GME, the Arthur Hale Curtis, MD, Professor of Obstetrics and Gynecology, presented the startling findings from his National Institutes of Health (NIH)-funded project, the largest randomized study of its kind to show that elective inductions in low-risk women may not be the driving force behind unnecessary C-sections—a serious public health issue. In the United States, approximately a third of women give birth via cesarean delivery, and a quarter have their labor induced before their due date.

“Incredible controversy swirls around the best use of this intervention. People were absolutely convinced they knew the truth, when in effect we had no idea what the truth was,” says Grobman, who also leads a study center for the NIH’s Maternal-Fetal Medicine Units (MFMU) Network at Northwestern. Providing a multi-institutional research infrastructure, MFMU promotes initiatives to improve obstetric outcomes, including preterm birth and maternal morbidity.

“Based on a few small observational studies, it was widely believed that elective inductions double the risk of C-section,” Grobman explains. So he was stunned and excited when his study of more than 6,100 pregnant women from 41 hospitals across the country revealed the contrary. “The reaction has been ‘Oh, my gosh.’ Something that had been thought to be true for many years is in reality not the case. That’s why medical research is so interesting. You don’t just guess.”

Investigators randomly assigned the women to two groups: those waiting for nature to take its course (or “expectant management”) and those undergoing an elective induction at 39 weeks gestation, a sweet spot when babies have reached full term and can be safely delivered. Study results showed that 19 percent of the women whose labor was induced required a C-section compared to 22 percent of those who waited for labor to begin on its own. Additionally, the induction group developed fewer complications such as preeclampsia and gestational hypertension. As for the newborns, 3 percent in the induction group needed help breathing compared to 4 percent in the expectant management group. Grobman and his colleagues hope to publish results from the study by the end of the year.

On the heels of smaller studies that pointed toward the same conclusions, Grobman’s study could reverse current thinking and policies about inductions. If nothing else, clinicians and patients now have more to go on when making decisions about labor and delivery. Says Grobman, “This new knowledge gives women the autonomy and ability to make more informed choices regarding their pregnancy that better fit with their wishes and beliefs.”

One in seven expectant mothers suffers from depression. An all-too-common complication of pregnancy, major depressive disorder can lead to life-threatening consequences, with suicide accounting for 20 percent of deaths in postpartum women. While antidepressants help pregnant women stay safe and well, prescribing effective drug therapy can be hit or miss.

“Pregnancy accelerates liver enzyme activity, which influences the way the body processes drugs,” says Katherine L. Wisner, MD, MS, the Norman and Helen Asher Professor of Psychiatry and Behavioral Sciences and of Obstetrics and Gynecology. “A dose that works well early in pregnancy may lose its potency weeks later. For example, Zoloft, the most commonly used antidepressant, undergoes increased clearance from the body in the first half of pregnancy so that by 20 weeks gestation we begin to see women experiencing relapses of depression.” 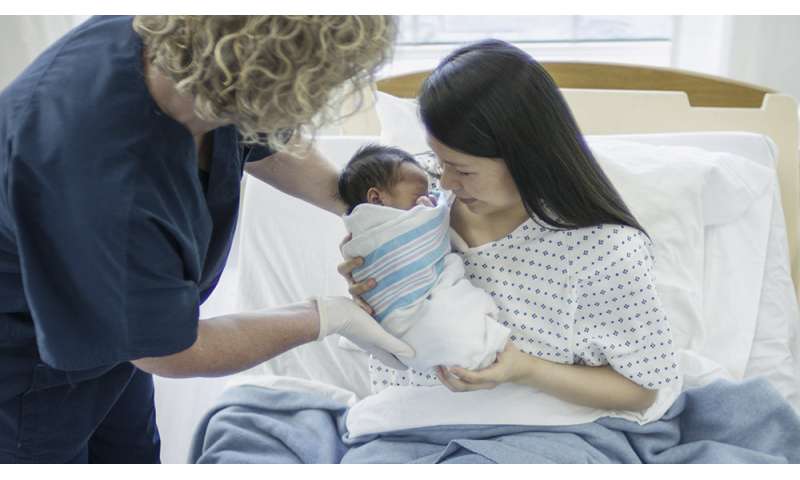 Antidepressants such as Prozac, Celexa and Lexapro—known as serotonin selective reuptake inhibitors (SSRI)—each have their own metabolizing nuances. Unlike Zoloft, for instance, Prozac breaks down slowly in the body, so the concentrations do not change as rapidly during pregnancy compared to other SSRIs. Better understanding the pharmacokinetics of these various medications during pregnancy would greatly assist in creating dosing guidelines, especially important for prescribers who are not mental health professionals.

“The vast majority of prescribers don’t realize that plasma concentrations of antidepressants drop across pregnancy, and they may need to readjust the dosage,” Wisner says.

Hoping to enhance the care of this “orphan” patient population, Wisner and fellow principal investigators Catherine Stika, MD, clinical professor of Obstetrics and Gynecology, and Alfred George Jr., MD, chair and Magerstadt Professor of Pharmacology, launched a study to optimize medical management for mothers with depression. The NIH-funded research comprises three parts: a clinical project to assess the safety and toxicity of drugs throughout pregnancy and into postpartum; a translational study to identify genes responsible for liver enzymes involved in the metabolism of antidepressants during pregnancy; and a pilot study focused on infant outcomes after exposure to SSRIs while in the womb.

To date, the team has enrolled about 35 expectant mothers in the study, with an ultimate goal of recruiting 200 participants. The pregnant women undergo monthly blood draws to measure drug levels and assessments of their mood to determine if the antidepressants are doing their job. They also consent to cord blood collection from their newborns during labor and delivery that will be analyzed to see how much of the drug has crossed the placenta to the fetus. This spring, the team begins pharmacogenetic analyses of the biologic samples—an exciting first step toward applying a precision medicine approach to effectively manage SSRI therapy in women during pregnancy depending on their unique DNA.

“If we decide that using a medication to control depression justifies fetal exposure, we should be certain that we are giving the appropriate dosage across pregnancy and after birth,” Wisner says. “What we don’t want is two exposures: to the disease and to a drug that is not working.”

Chronic stress doesn’t do any body—or mind—good, but for the developing fetus, high levels of stress passed from mom to baby before birth may adversely affect the health and well-being of that child for a lifetime. Stress has been implicated in almost every human disease, from the common cold to heart disease and mental disorders such as schizophrenia. Creating a zen prenatal experience could enhance outcomes well before a newborn enters the world.

“We know that susceptibility to health or disease begins before birth,” says Lauren Wakschlag, Ph.D., director of Northwestern’s Institute for Innovations in Developmental Sciences. “If we can improve gestational biology and, in turn, fetal neurodevelopment, we might be able to improve health trajectories beginning in early childhood and well into adulthood.”

Taking early intervention to new heights, Wakschlag has assembled a diverse team of biomedical and social scientists across the Evanston and Chicago campuses to explore the impact of prenatal stress reduction on maternal well-being and early life neurodevelopment. Part of the Perinatal Origins of Disease strategic research initiative at the Stanley Manne Children’s Research Institute at Lurie Children’s, the project will use leading-edge bio-sensor technology to tailor stress reduction interventions in real time to pregnant women. The intervention is led by Darius Tandon, Ph.D., associate professor, and Judy Moskowitz, Ph.D., professor, both in the Department of Medical Social Sciences.

A wearable Band-Aid-type device developed by John Rogers, Ph.D., the Louis Simpson and Kimberly Querrey Professor of Materials Science and Engineering, will unobtrusively capture and record physiological signs of stress such as maternal heart rate variability. An algorithm being developed by Nabil Alshurafa, Ph.D., assistant professor of Preventive Medicine, combines the sensor data with self-reported stress levels collected via smartphone. Expectant moms under stress will then receive real-time customized mindfulness techniques via text messages that refocus them on pleasant thoughts or positive activities. The intervention will be tested in a randomized controlled trial of 200 mothers and their babies to be launched at Prentice this September.

“This initiative brings together and integrates the disciplines of obstetrics, pediatrics, prevention science, medical social sciences, bioengineering and adult medicine. After all, all adults began life in utero,” says Wakschlag, also a professor of Medical Social Sciences and vice chair for scientific and faculty development in the department.

Wakschlag is also leading a series of NIH-funded studies focused on what she calls the “science of when to worry” about young children’s behavior and development. From that work, she and colleagues have developed new tools that distinguish normal from atypical behavior during a child’s first five years.