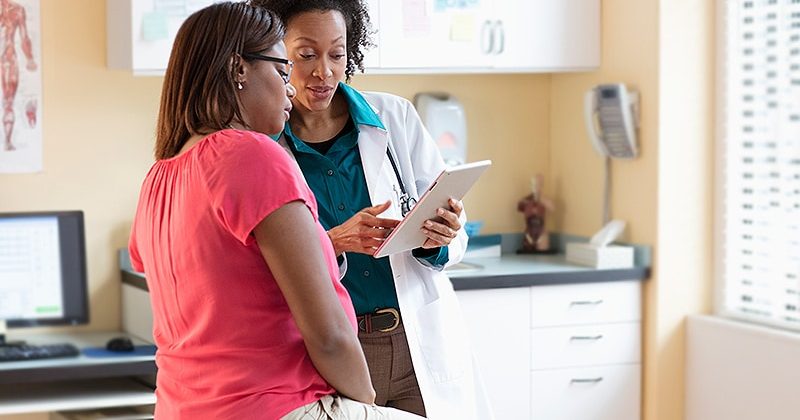 Black patients and those with public insurance are more likely than their White, wealthier counterparts to be screened for marijuana use during pregnancy, researchers have found.

The data build on a growing body of evidence that disparities in age, insurance type, and race affect which women undergo drug testing during pregnancy and come under scrutiny from state social service agencies.

Many states require healthcare facilities to notify child protective services or law enforcement of a positive drug screening, but the consequences for women vary greatly from state to state. Twenty-four states and the District of Columbia consider prenatal drug use to be child abuse. But recent evidence suggests that urine drug screenings may not be reliable but can lead to separation of parents and babies.

“In many ways, the health system is better equipped to address these concerns than the criminal justice system,” Rebecca Stone, PhD, associate professor of sociology and criminal justice at Suffolk University, Boston, Massachusetts, told Medscape Medical News. “They shouldn’t be criminal justice problems in many cases,” added Stone, who was not involved with the study.

The researchers analyzed data from the 2045 patients who gave birth between January and July 2020. Of those, roughly one fourth (24%) underwent a urine drug screening. The most common reason for a screen was that clinicians either suspected or patients self-reported use of marijuana during or shortly before pregnancy, according to the researchers, who presented their findings at the American College of Obstetricians and Gynecologists (ACOG) 2022 Annual Meeting.

Of the 1561 patients who didn’t undergo drug screening, 43% were Black, and 37% had public insurance coverage.

“Marijuana did not predict other drug exposure; thus, we suggest that a history of marijuana use should not be used as a criteria for sending a urine drug screen on patients” who are admitted to the labor unit, said Jeannie Kelly, MD, medical director of maternal-fetal transport and labor and delivery at the Washington University School of Medicine in St. Louis, who is the senior author of the study. “In our experience, this is a policy that increases inequitable screening without improving our ability to identify families who need extra support or monitoring.”

All patients in the study verbally agreed to a urine drug screening. Hospitals around the country have faced lawsuits for failing to gain consent from women undergoing such tests. A 2001 ruling from the US Supreme Court made informed consent mandatory in the absence of a warrant.

Legal Consequences of a Positive Test

Children exposed to marijuana in the womb are at heightened risk for impaired cognition and learning disabilities, according to a 2015 report from ACOG’s Committee on Obstetric Practice. However, a lack of care before birth can be harmful to infants and result in low birth weight and severe neurologic and other problems.

In a 2015 study, Stone found that women were less likely to seek prenatal care if they worried about the legal consequences of a positive test.

Kelly said the threat of interference from child protective services is often the top worry of pregnant women with substance use disorders. She argued that clinicians should treat marijuana the same way they do tobacco: discourage its use without reporting patients to law enforcement.

“Our suggestion is that this history you elicit of someone using marijuana probably shouldn’t be used” as a trigger for drug screening, Kelly said.

She added that doctors can use discretion in choosing to screen for drugs, and she urged clinicians and healthcare institutions to reevaluate their drug screening practices to reduce harm and increase equitable care.

“We can only work the system in the places that we have control over,” she said. “I can’t control the downward cascade, but I can definitely control who I send a urine drug screen on.”

American College of Obstetricians and Gynecologists (ACOG) 2022 Annual Meeting: Abstract A224. Presented May 8, 2022.

Ashley Hopko is a journalist in Washington, DC.