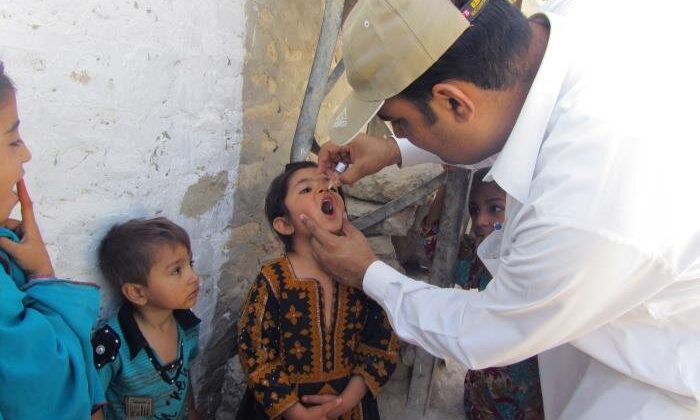 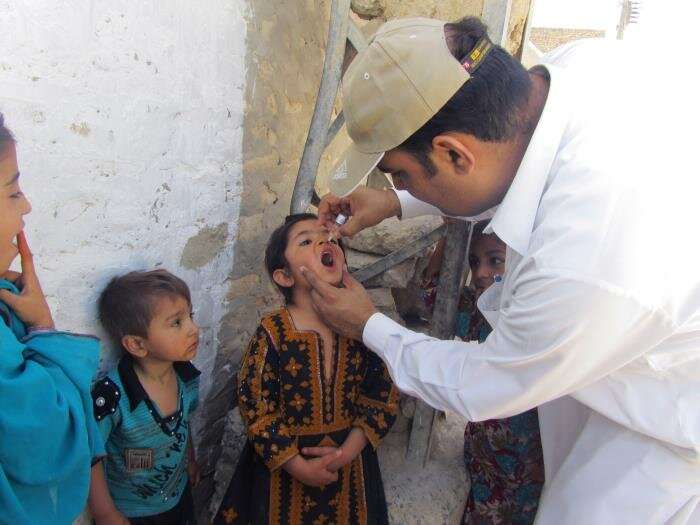 For most people, poliomyelitis (polio) is a threat of the past.

Since the inception of the Global Polio Eradication Initiative (GPEI) in 1988, more than 2.5 billion children have been immunized against polio, leading to its elimination from much of the world. Indeed, of the three serotypes of wild poliovirus (the causative agent of the disease), only type 1 remains in Afghanistan and Pakistan, the two countries where polio (i.e., wild poliovirus) is still endemic.

However, cases of polio continue to crop up in non-endemic countries across the globe, from Ukraine to the Democratic Republic of the Congo. Poliovirus was also recently isolated from wastewater in the United Kingdom, with suspected transmission among children. What is driving these outbreaks—and what can be done to stop them?

Vaccines as key tools in the fight against polio

Polio is caused by the poliovirus, a serotype of the Enterovirus C species and member of the Picornaviridae family, which resides in the gut and throat but can invade the nervous system to cause paralysis. Paralysis occurs in about 1 in every 200 cases, according to the World Health Organization (WHO). Children under 5 are the most at-risk for contracting the disease, though the reasons for this are not entirely clear. Given there are no treatments for polio, vaccination is the only tool available for combating the disease. Luckily, vaccination is extremely effective at preventing polio.

There are two types of polio vaccines: the inactivated polio vaccine (IPV) and oral polio vaccines (OPV). The IPV contains dead polioviruses and is administered via intramuscular or intradermal injection. OPV, on the other hand, contain live polioviruses and are administered through the mouth. The viruses in OPV have been mutated to replicate effectively in the gut, thus triggering a robust immune response, but are 10,000 times less likely to invade the nervous system and cause paralysis.

While IPV does an excellent job at protecting individuals from paralytic disease, it cannot stop community transmission of poliovirus—but OPV can. When attenuated viruses from OPV are excreted in a vaccinated person’s stool, they can, in areas with poor sanitation, spread to other people and trigger “passive immunity”—essentially secondhand vaccination.

The ease of administration (all it takes is plopping a few drops of OPV into a child’s mouth), affordability and ability to stop community spread of polio have made OPV indispensable to mass immunization and outbreak control campaigns.

Although OPV are some of the best weapons available for fighting polio, they have seeded a new set of problems. Recent polio outbreaks in both endemic and non-endemic countries stem from poliovirus strains originally contained in OPV, called circulating vaccine-derived polioviruses (cVDPV) As cVDPV disperse throughout communities with low polio vaccination rates or waning immunity, they can, in some cases, mutate into a form capable of causing paralysis. Between January 2020 and June 2021, cVDPV were responsible for over 1,300 paralytic cases of polio across the world. 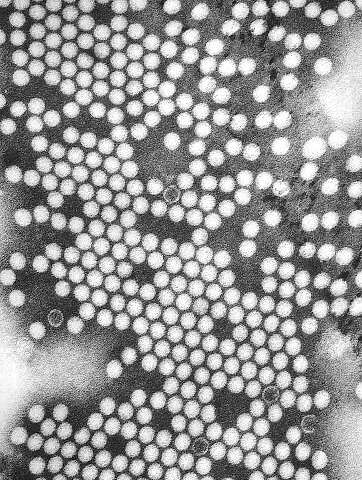 The GPEI’s goal is “to phase-out using OPV and proceed to using just IPV, which has fewer potential risks,” said Amy Weiner, a senior program officer at the Bill & Melinda Gates Foundation, which supports polio eradication efforts. This is because the IPV does not contain live virus and thus cannot lead to development of cVDPV. Unfortunately, cVDPV strains “are a major challenge to accomplishing this goal,” as they promote community spread of poliovirus, which can only be combated with OPV, thus perpetuating the cycle.

Of the three types of cVDPV, type 2 strains (cVDPV2) are responsible for over 90% of vaccine-associated outbreaks worldwide. The culprits behind polio cases in multiple countries, including Ukraine and Yemen, and the strains isolated from the U.K. sewage have been identified as cVDPV2.

Prior to 2016, children were immunized with a trivalent oral polio vaccine (tOPV), which offered protection against all three strains of wild poliovirus. The emergence of cVDPV2 strains, however, prompted the removal of type 2 polio from the tOPV. “This led to reduced immunity to type 2 poliovirus,” Weiner noted.

As a result, if cVDPV2 isolates from the environment find their way into an under-immunized community, they can spread more easily. In the event of a cVPDV2-associated outbreak, children are immunized against type 2 poliovirus via a monovalent oral polio vaccine (mOPV2) Though effective at halting outbreaks, because the vaccine still contains live, attenuated poliovirus, it can “potentially seed more cVDVP2 [strains],” Weiner said. This increases the risk of unimmunized children contracting paralytic polio.

The cVDPV2-seeding potential of mOPV2 prompted development of a new vaccine with fewer risks. The novel oral polio vaccine 2 (nOPV2) contains a modified strain of type 2 poliovirus that is less likely revert to a form that causes paralysis or gives rise to cVDPV2. Weiner highlighted that compared to the old monovalent vaccine, nOPV2 has a similar safety profile, induces a similar immune response and is unlikely to be shed at a greater rate. Importantly, nOPV2 is more genetically stable, which “was the primary goal for its development.”

This isn’t to say the nOPV2 poliovirus does not change—the virus can and does mutate in humans. However, “its evolution follows a different path than the mOPV2 [strain], and so far, exhibits significantly less neurovirulence,” Weiner said. It is unlikely, but not impossible, that nOPV2 could give rise to cVDPV2. Therefore, keeping tabs on the emergence of cVDPV2 will be important.

The outlook for nOPV2 is bright. It is authorized for use under a WHO Emergency Use Listing recommendation, which enables the early, targeted use of vaccines that have yet to be licensed. During the initial rollout of the vaccine, countries had to meet a strict set of criteria in order to use nOPV2. October 2021 marked the end of this initial use period, allowing for more widespread adoption of the vaccine. As of May 2022, 350 million doses of nOPV2 had been distributed across 18 countries. The safety and efficacy of the vaccine will be monitored as it becomes more widely adopted—full licensing is expected in 2023. Weiner noted that new OPV targeting poliovirus serotypes 1 and 3 are also in the works, which could be stockpiled in the event of cVDPV1 or cVDPV3 outbreaks.