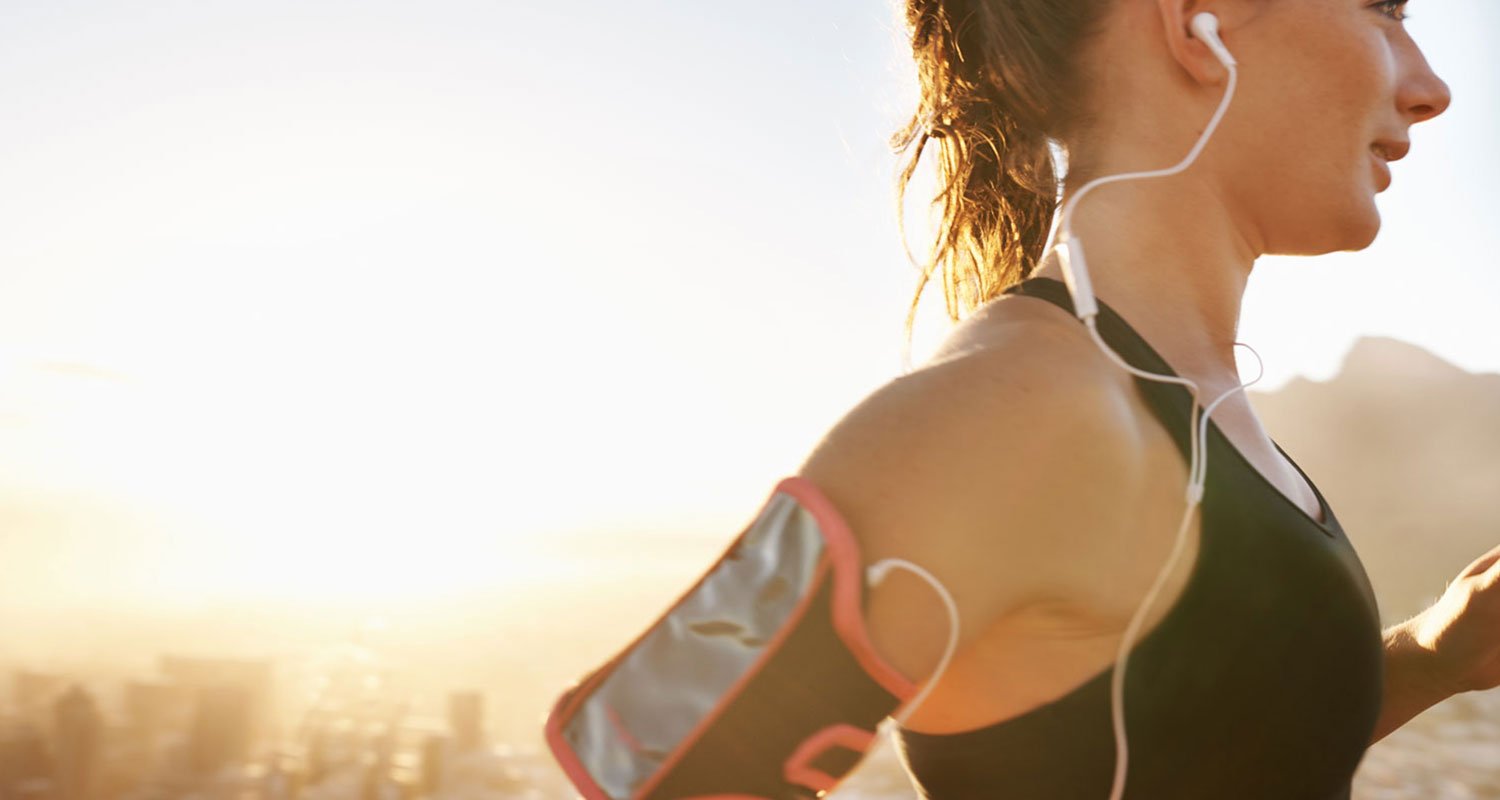 The world has gotten louder. Scientists say the level of human-generated background buzz (think: impatient drivers, your neighbors’ surround sound) has been climbing steadily, putting an estimated 104 million adults at risk every day in the US alone. All that, and we’re increasingly pummeled by an endless stream of emails and social media updates—which is creating record levels of mental noise and physical stress.

In turn, silence has become a hot commodity. Internet searches for “silent retreat near me” climbed by more than 500 percent last year.

Book a session in The Dome, the perfect weekend recharge destination?? ⠀⠀⠀⠀⠀⠀⠀⠀⠀ ? @plant.apothecary

Several airports, including London City, Barcelona, Warsaw, and Helsinki, are switching from booming announcements to silent display screens and apps. “Talking-optional” restaurants, like Brooklyn’s Ichiran (the menu is a checklist), and salons (Minneapolis’s Fox Den Salon has quiet chairs) are cropping up across the country.

This is not about being antisocial; people are simply craving a mental breather. And in the process of taking one, they may be safeguarding their health. The nonstop cacophony of auditory and mental stimulation most of us experience daily triggers a state of arousal—basically, the fight-or-flight response—that can potentially damage brain, heart, and inner-ear tissue (the adrenaline rush can reduce blood circulation in the area), says Bart Kosko, Ph.D., a professor of electrical engineering and law at the University of Southern California who studies the impact of noise on the body and the environment.

And research shows noise pollution is the second-biggest threat, after air pollution, to public health. It’s been linked to conditions like cancer, heart disease, and depression. To stave off those negative results, you need to dial down the volume, internally and externally.

Data smog, or the never-ending clamour of information overload, can create a racket of unwanted mental noise. Kosko blames our habit of “info snacking”—that is, consuming online information for brief periods throughout the day—for agitation and increased inability to focus. It can also prevent us from being present, since we’re so engrossed with our phones and tablets that we tune out what’s actually happening around us.

A constant mental diet of information impedes productivity and decision-making by overwhelming the short-term memory. That’s why Kosko recommends a total no-TV, no-Internet, social media-free day as often as is realistic.

New York City yoga instructor Nikki Vilella spends every Saturday unplugged. “I look at my phone in the morning and at night,” she says. “In between, I go out to the woods or I do yard work. I hang out by myself, think about the week, think about my relationships. If you’re always engaging with news coming at you, you can’t possibly have the space to reflect on what’s going on in your own life.”

…Or just be choosy with the news you consume

The average person looks at her phone between 47 and 86 times a day – many of those times presumably in response to one of the more than 7 trillion push notifications Apple says it’s issued through its devices since 2009. But Kosko notes that the more material we take in, the less we’re likely to retain. And having too much data can cause information fatigue—a slump in decision-making and problem-solving skills—research shows. To keep your brain fresh, try turning off all but your most essential push notifications (for example, text messages and calendar reminders). And instead of skimming multiple morning news sources every day, cut back to a handful of your absolute favourites.

Even just a few minutes of daily meditation can help calm the brain, lower stress, decrease anxiety and depression, and improve your attention span. “Meditation also helps you deal with noise and stress in general, because you’re training your mind to resist distractions,” says Kosko.

We love seeing our community members practicing in the great outdoors. In a climate that's currently warmer than ours? Obviously, we're jealous so tag us in your #SundaySpot and we'll share it here next week. #MNDFLnyc #MNDFLfam #? @alight00

As a result, you may be less likely to feel you have to race to your phone the second it pings. One quick exercise to try: Label your feelings (e.g., “stressed” or “tired”), which shifts brain activity from the emotional areas to the thinking areas of your brain.

Pick up a book

Long-form reading can counter info snacking. “Sustained thought is becoming rarer, but like meditation, it encourages focus and steels the brain to be less distractible,” says Kosko. “In that way, it can help people cope with noise stress.” As little as six minutes can help quiet the mind.

Me: I should probably do my taxes // Also me: Or I could read ? @mywhisperedcolors

A post shared by Reese’sBookClubxHelloSunshine (@reesesbookclubxhellosunshine) on Mar 20, 2018 at 5:42am PDT

Drinking water throughout the day can boost your attention span and prime your brain to wade through the clutter. Tea can also help: L-theanine, an amino acid found in black tea, has been shown to help sippers pay attention and perform tasks better than those given a placebo.

Turn Down The Noise

Four million of us face “damaging” noise every day, from booming concerts to incessant honking – road traffic has almost doubled over the past 30 years. Sudden and jarring sounds, such as fire alarms, are the most destructive because they can spike cortisol and adrenaline levels. That hormonal flood can spark inflammation (a contributor to heart disease), anxiety, insomnia, and cancer. But even low-level racket can harm hearing.

Here’s how to protect yourself–and still enjoy modern society (and all its sounds):

Sound is measured in units called decibels (dB). Anything over 85 dB–fireworks and packed stadiums often clock in at over 115 dB–can damage small hairs in the ear that carry sounds to your brain, leading to temporary or permanent hearing loss, depending on how long you’re exposed. At 120 dB, that can happen in as little as two minutes.

Limit loud sounds, and if you’re in a place where you have to shout in order to be heard three feet away, protect your ears: The FDA-approved Happy Ears earplugs ($12,amazon.com) reduce noise by 25 dB.

… And softer ones too

Low-level environmental noises like light traffic or the hum of kitchen gizmos won’t hurt your hearing, but they can make you feel frazzled and disrupt sleep (especially if you’re a light snoozer), two factors that up your risk for obesity and heart disease. And the effect is cumulative: The more you’re exposed to them, the worse the outcome.

Choose quieter options whenever possible – for example, use your stove top more than the microwave – or minimize sound output (by, say, covering the base of blenders and coffee grinders with a dishcloth). Sound-absorbing curtains can block street sounds. Moondream cotton drapes claim to absorb up to 7 dB (from $89, moondreamwebstore.com).

Songs have gotten progressively louder over the past 50 years – a tactic producers use to drown out competitors and to sound better in digital form. And then many of us go and crank up the volume: An estimated 1.1 billion people ages 12 to 35 listen to personal audio devices at unsafe levels, risking permanent hearing loss. Headphones that block ambient noise can make you less likely to listen loudly.

Try Bose Quiet Comfort 35 Wireless II ($350, bose.com) or Monoprice Noise Cancelling Headphones ($50, amazon.com). And stick to the 60/60 rule: Keep the volume at no more than 60 percent of your player’s max and listen for less than 60 minutes.

Feeling tired is another by-product of too much noise – stemming not only from actual sounds that wake us up but also from an inability to shake the stimuli of the day. The ironic solution: Fight noise with noise. A fan or white-noise machine like Marpac Dohm Classic ($50, marpac.com) can mask traffic or hard-partying neighbors.

If the drone of the snorer next to you is the source of the racket (partners of snorers wake up, at least partially, an average of 21 times an hour – seriously), consider earplugs – or separate bedrooms.

The volume in restaurants can be conversation-prohibitive at best, agitating at worst. One look at noise levels in popular restaurants found they were close to or exceeded 90 decibels—basically as loud as standing three feet from factory machinery—which can directly damage hearing over time. Ask for a corner table or one next to a wall, which helps minimise the hubbub.

This is your Sunday evening reminder that you can handle whatever this week throws at you. ??? (?: @californiaweekend )

A post shared by The Butcher's Daughter (@thebutchersdaughter_official) on Mar 4, 2018 at 3:32pm PST

And while you may not want to spend your entire meal in silence, especially if you’re catching up with a friend, Sharon Salzberg, the founder of silent retreat centre Insight Meditation Society, recommends forgoing chitchat for at least a few minutes. Admittedly, it sounds strange, but it could strengthen your connection with your companion. You’ll leave dinner without any ringing in your ears – and, just as important for clarity, says Salzberg, “an understanding of your friend that you may not have had before.”

RELATED: Living Near This Could Be Impacting Your Heart Health