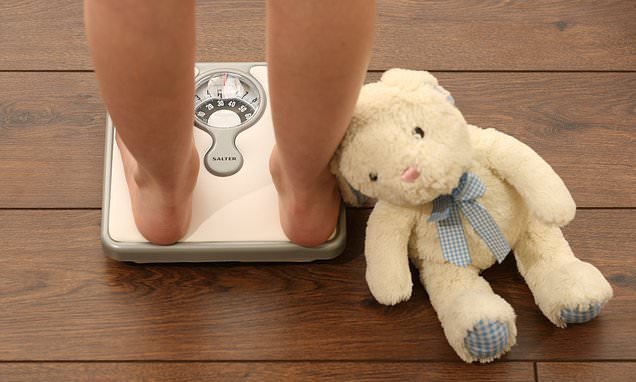 Like mother, like child: Research reveals mums who have these five healthy habits are less likely to have obese children

Children with healthy mothers are up to 82 per cent less likely to be obese, according to research.

A mother who is a healthy weight, exercises regularly, eats a healthy diet, doesn’t smoke and only drinks alcohol in moderation is significantly less likely to have a fat child, scientists say.

According to the NHS one in three 10 to 11-year-old children are obese – about 170,000 of them – so are at higher risk of serious health problems as they grow up.

And research suggests it could be more to do with nurture than nature, as a mother’s lifestyle appears directly linked to the health of her child.

When both mother and child follow a healthy lifestyle the risk of obesity is reduced even more, the study of more than 24,000 children found. 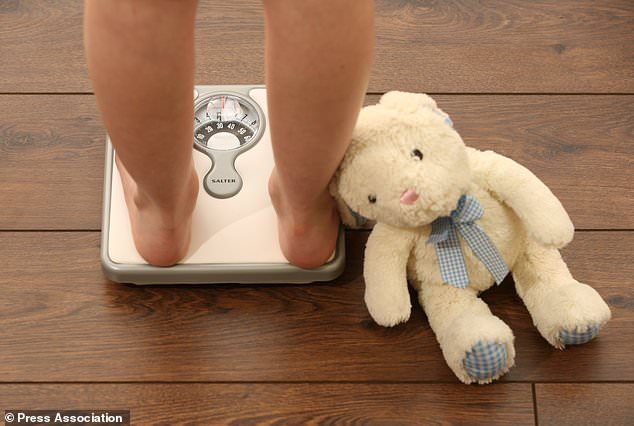 Children whose mothers smoke or are overweight are more likely to be obese, which puts them at higher risk of serious health problems as they grow up

The study examined the medical history and lifestyles of more than 24,000 children aged nine to 14, born to almost 17,000 women in the US.

Researchers looked at the link between overall maternal health and the likelihood of a child being obese.

The mother’s health was judged on her height-to-weight ratio (BMI), her diet, exercise level, smoking status and how much alcohol she drank.

A healthy weight and diet, regular exercise, no smoking and moderate drinking all reduce the chance of a woman having an obese child.

The NHS recommends drinking no more than 14 units of alcohol a week – the equivalent to a bottle and a half of wine.

Healthy mothers 75 per cent less likely to have obese children

Children of mothers who met all five of these criteria are 75 per cent less likely to be obese than those whose mothers do not meet any.

ARE MOTHERS WHO WORK LONGER HOURS MORE LIKELY TO HAVE OBESE CHILDREN?

Working women are less likely to have obese children – but only if they are in the office for under 24 hours a week, research suggested in October last year.

Yet, youngsters aged between three and four years old are more at-risk of obesity if their mothers work for more than 35 hours a week, a study by the WZB Berlin Social Science Center found.

Those aged between eight and 14 are less likely to carry excess weight if their mothers work 35-to-40 hours a week, the research adds.

It is unclear why obesity risk varies according to differences in children’s ages and their mother’s working hours, however, the researchers believe seeing less of their parents may be detrimental for some, while others could benefit from the financial and ‘psychological’ advantages.

The World Health Organization estimates 42 million children around the world are overweight or obese, putting them at an increased risk of type 2 diabetes.

This effect is even greater when both children and mothers follow a healthy lifestyle, which reduces the risk of obesity by a whopping 82 per cent.

The Harvard scientists said: ‘Our study indicates that adherence to a healthy lifestyle in mothers during their offspring’s childhood and adolescence is associated with a substantially reduced risk of obesity in the children.’

Half of children are obese in some areas of England

Childhood obesity is a growing problem worldwide and figures released earlier this week showed Brent in West London has the worst rates in the country – around half of all 10 to 11-year-olds are obese there.

There is generally a link between the wealth of areas and their levels of obesity, and the well-heeled areas of Surrey and St Albans in Hertfordshire have England’s lowest levels.

The study revealed women with a healthy body weight are 56 per cent less likely to have an obese child than mothers who are an unhealthy weight.

Meanwhile, the children of non-smoking mothers have a 31 per cent lower risk of obesity compared to those whose mothers smoke cigarettes.

The results are the same regardless of the child and mother’s age, ethnicity, disease history, wealth and education, the experts said.

Past research has shown women’s lifestyle choices rub off on their children.

But it was not known if mothers’ healthy lifestyles when their children are young and in their teens could affect the child’s weight.

The researchers, whose work was published in the British Medical Journal, say their findings highlight the ‘potential benefits’ of parents’ interventions to keep their children healthy.