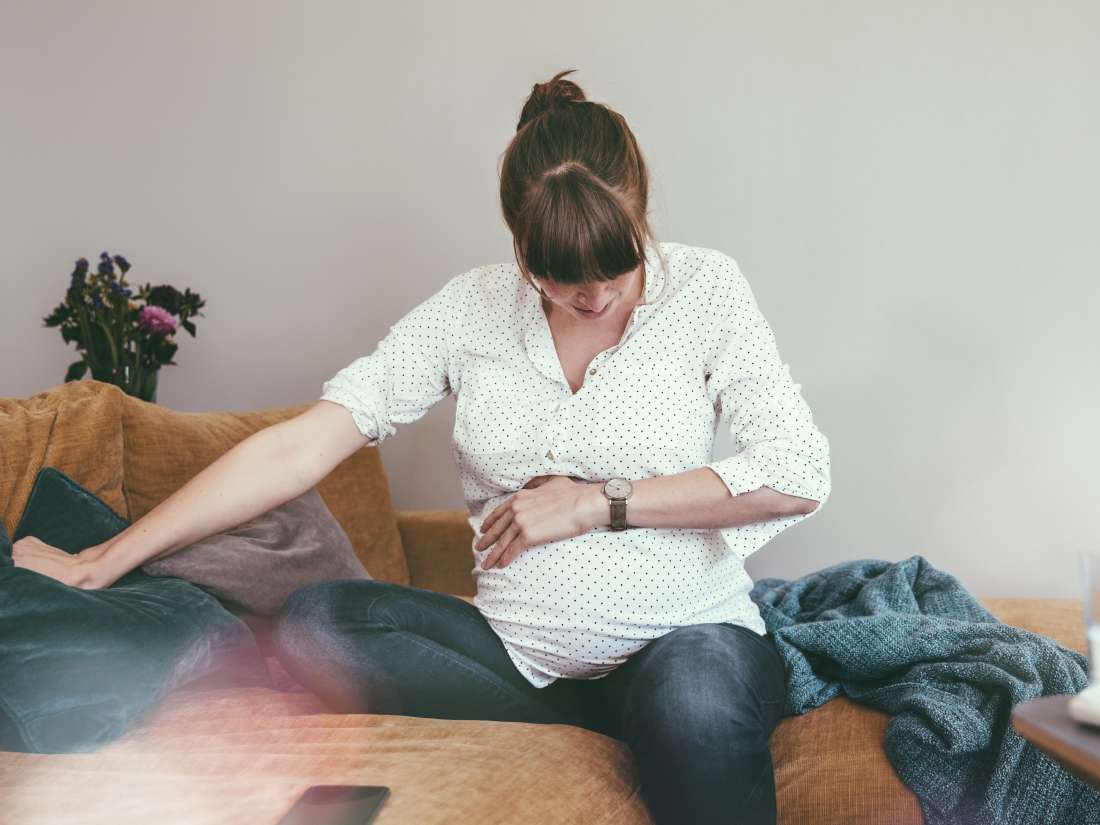 Many women prefer the term pregnancy loss to miscarriage. Pregnancy loss is most common within the first weeks of pregnancy, and the risk steadily declines as the pregnancy progresses.

It is important to remember that pregnancy symptoms shift over time. These changes do not always signal a pregnancy loss.

Anyone who believes that they have lost a pregnancy, with or without bleeding, should seek medical attention.

When does pregnancy loss occur without bleeding?

Pregnancy losses do not always involve bleeding. In fact, a woman may not experience any symptoms and only learn of the loss only when a doctor cannot detect a heartbeat during a routine ultrasound.

Bleeding during pregnancy loss occurs when the uterus empties. In some cases, the fetus dies but the womb does not empty, and a woman will experience no bleeding.

Some doctors refer to this type of pregnancy loss as a missed miscarriage. The loss may go unnoticed for many weeks, and some women do not seek treatment.

According to the American Pregnancy Association, most losses occur within the first 13 weeks of pregnancy. While an estimated 10–25 percent of all recognized pregnancies end in a pregnancy loss, a loss in the second trimester is very rare.

Some women have no external symptoms of pregnancy loss. When the loss occurs early on, a woman may have few signs of pregnancy, which can make identifying the loss more difficult.

It is normal to experience changes in pregnancy signs over time, particularly in the transition from the first to the second trimester. These changes do not usually indicate the loss of the pregnancy.

Some warning signs of a pregnancy loss without bleeding include:

If the pregnancy has advanced, fetal movement may noticeably slow or stop.

Most women seek treatment for a pregnancy loss when they experience bleeding. When there is no bleeding, a doctor may only diagnose a loss during a routine scan.

A doctor may also suspect a loss because of other indications, such as a drop in the levels of pregnancy hormones or an unusual decrease in other pregnancy signs.

Blood tests can determine the levels of hormones, which can help to assess the likelihood of a pregnancy loss. To conclusively diagnose a loss, a doctor must perform an ultrasound to check for a heartbeat.

The heartbeat does not develop until 6.5–7 weeks of gestation, so the absence of a heartbeat before this time does not indicate a loss.

To confirm a pregnancy loss, a doctor may choose to perform scans on multiple days.

To determine the reason for a loss, a doctor may also recommend genetic testing, further ultrasound scans, or blood testing.

The recovery time associated with a pregnancy loss depends on many factors, including how far along the pregnancy was.

For most women, the time to physically recover is relatively short. Women who undergo surgical removal of the fetus may experience no physical symptoms after any associated bleeding has stopped.

Those who experience complications, such as a uterine infection, can expect a longer recovery time.

However, the emotional effects of a pregnancy loss can last much longer. Some women grieve for a lifetime. Others feel better after conceiving another baby.

Many women find that talking to loved ones, joining a support group, and meeting with a therapist who specializes in pregnancy loss helps.

A 2016 study found that women can safely try to become pregnant again during the cycle that follows a pregnancy loss. In fact, the researchers found that the odds of becoming pregnant may be slightly higher after a loss. Women who are ready to try again should not feel as though they have to wait.

Following a pregnancy loss, many women worry that they will be unable to become pregnant again. However, losses are common and the issues responsible often do not recur.

There is no right way to respond to the loss of a pregnancy. Many people need time to grieve, while others want to try again right away.

Likewise, losses can occur in many ways. Some involve no physical symptoms, while others are painful and require surgery.

Working with trusted healthcare providers can help a woman to deal with the physical and emotional effects of a pregnancy loss.