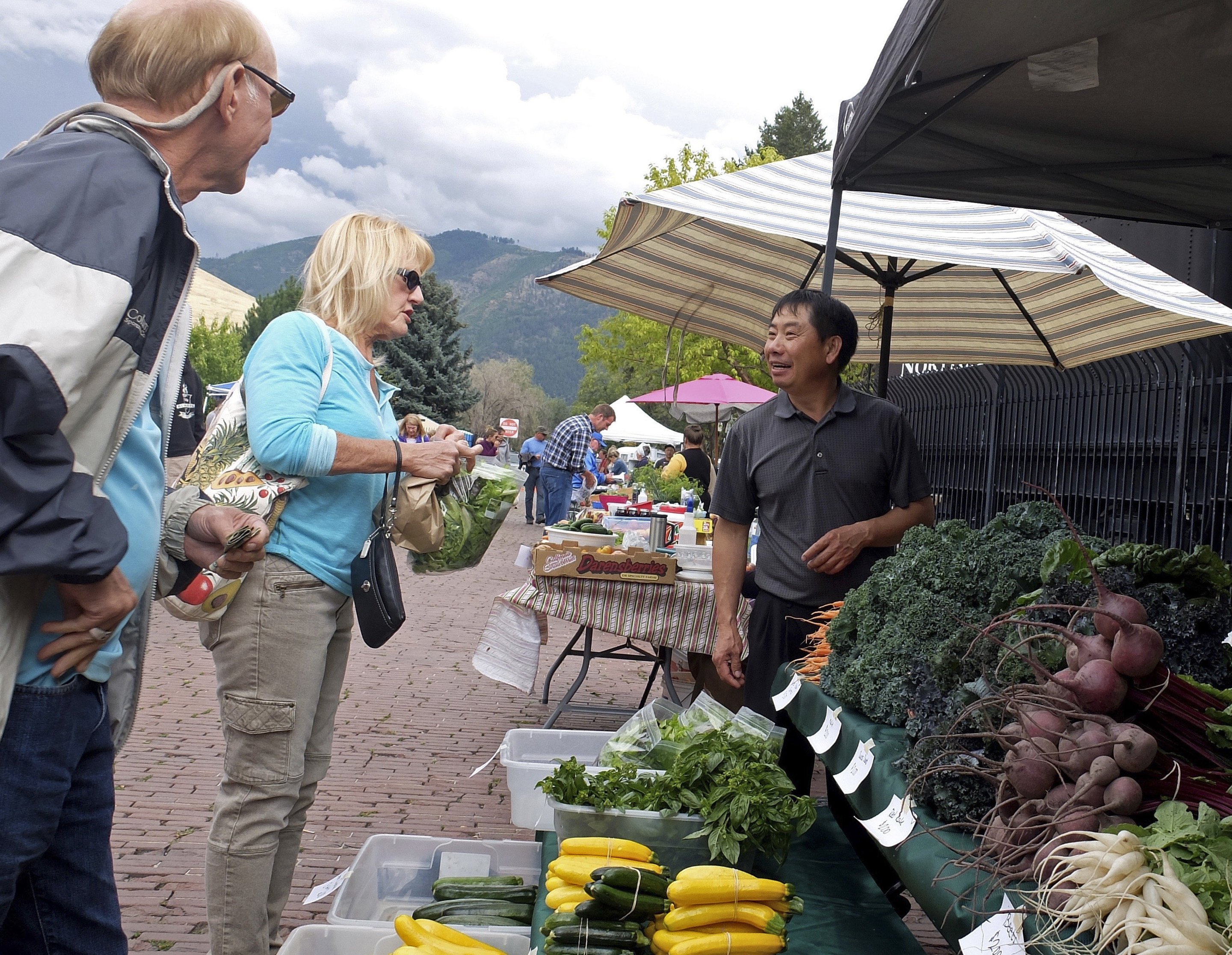 As residents of idyllic Eugene, Oregon, with its culture of local food, we might be forgiven for assuming all Americans are “locavores.”

The rich volcanic and glacial soil deposits of the Willamette Valley are irrigated by a splendid river system and tilled by farmers who raise everything from goats to hazelnuts. These farmers make Oregon the seventh-best state in terms of the availability and consumption of local foods, well ahead of neighboring California and Washington. The people of Oregon have access to an exceptional variety of local foods and take great pride in eating local, to the point that the comedy series “Portlandia” made a sketch about it.

And Oregonians aren’t alone. Since Oxford University Press proclaimed “locavore” the 2007 word of the year, the local food scene has exploded in communities around the world. Chefs cited locally sourced foods as the top menu trend of 2016, and local food sales are expected to nearly double from 2014 to 2019, topping US$20 billion.

While it may be tempting to stereotype locavores as wealthy hippie liberals, as consumer researchers we wanted to dig deeper. Our research shows that locavorism is a consumer ideology with beliefs that cut across class, politics, age and gender.

These aren’t just people who like to eat local. Locavorism comes complete with a set of strongly held core values and beliefs.

Notably, locavores support local food communities wherever they happen to be. A locavore on vacation in Orlando might venture out to taste one of Florida’s many locally grown tropical fruits such as papaya.

And somewhat unexpectedly, our research shows that locavores do not care whether local foods are sold by large corporate retailers, so long as the “local” claim can be trusted. It’s the localness that matters most.

Locavores want all of their food, even boring granola, to be locally sourced. And these aren’t just gourmet foodies with sophisticated palettes.

The meaning of ‘local’

Given the importance of “local” to locavores, what it means matters. But the definition can vary.

Some might think of local foods as those produced within one’s city, state or region. Others might focus solely on the physical distance between production and consumption. Both perspectives are valid and are manifest in the food industry.

For the purposes of farm lending programs, the federal government defines a food as local if it hasn’t moved more than 400 miles from where it was grown. Yet most consumers tend to think of local as within 100 miles or their state’s borders. The variety of definitions may be why characters in a “Portlandia” sketch opted not to take a restaurant’s word and instead visited a farm to verify a chicken’s localness.

In fact, deception can be an unfortunate issue within the sector, with some sellers outright lying about the origin of their foods. Yet because locavores are ideologically driven, they tend to root out the hucksters. Locavores’ increased tendency to call a farm to express gratitude for ingredients in a restaurant meal makes deceit difficult to sustain.

To better understand what it means to be a locavore and develop a way to measure it, we conducted six studies on adult consumers across the U.S.

Prior to beginning the first study, we conducted informal interviews with Oregon farmers, food researchers and consumers at a local market. We also reviewed several books and academic articles concerning local food consumption, all of which led us to classify locavorism as an ideology with three core beliefs:

We then used these beliefs to develop a scale that would allow us to measure locavorism. We generated a set of 23 statements to which consumers could respond on a scale from 1 to 7. Each statement reflected a belief that could fit within one of the three dimensions of locavorism, as well as a few that were more general.

Our first study was primarily meant to test our scale and statements. We asked 196 consumers online to respond to these 23 statements. Their answers helped us narrow it down to a list of 11 that we felt best reflected locavorism.

A second study, also among online consumers, helped us isolate locavorism from similar ideologies, such as hometown bias and anti-corporatism, by identifying locavores using our newly developed scale and measuring reactions to different scenarios. Examples include their food choices while traveling or when a local grocer isn’t available. We found that people we identified as locavores always preferred local food, even when traveling and didn’t care if the vendor was a national chain.

A third study was a field experiment at the University of Oregon. As people walked through an atrium at the business school, we asked them to participate in a granola taste test and rate how likely they’d be to purchase some. Half of the 99 participants were told that the granola was a local brand, while the rest were told it was national – though they were actually identical.

One week later, we asked them to complete our locavore scale, which showed a strong correlation between those who ranked high and a strong interest in purchasing the granola – but only when it was marketed as local. In reality, all participants tasted the same exact granola. And so from this experiment, we were able to conclude that it is their beliefs rather than physiological taste driving locavores’ food preferences.

The final three studies involved surveying grocery shoppers in Los Angeles, New York City and Eugene, Oregon. We found in each case that our scale predicted preferences for local foods versus national brands and showed that locavores derived more meaning from the former.

Overall, the results suggest that locavorism isn’t a simple preference. It is a strongly held ideology, akin to politics or religion, that predicts what people eat, where they shop and how they respond to food advertisement.

As we noted, locavorism can’t be explained by simple demographic variables. To test this, we aggregated the data from all six of our studies into one dataset comprising 1,261 consumers and examined correlations between locavorism and the demographic measures we collected, such as age, gender and political orientation. We found only weak correlations.

In other words, locavores are their own tribe.

Most food in America is still grown by a handful of very large farms. In fact, 4 percent of farms account for two-thirds of all food sales.

And national supermarket chains such as Safeway, Kroger, Publix and Walmart are hopping on the bandwagon by providing more locally sourced food.

Even more impressive, from 2007 to 2014 there was a 430 percent increase in “farm to school” programs that aim to educate kids about food nutrition and serve locally sourced food in kids’ meals.