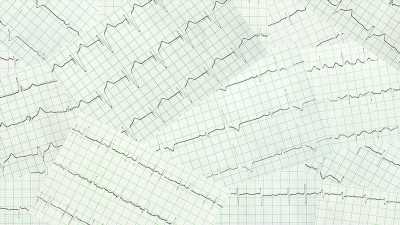 Maybe short, asymptomatic bouts of atrial fibrillation (AF) that show up on long-term, continuous monitoring aren’t worth hunting for just so oral anticoagulation (OAC) can be started, even in elderly people with other stroke risk factors.

That’s a potential message from a randomized trial that tested an AF screening strategy relying on an implantable loop recorder (ILR) in older adults without AF but with other stroke risk factors who were invited to participate. OAC was recommended to any participant found with even a short bout of the arrhythmia (that is, any lasting 6 minutes or longer).

More than three times as many in the monitoring group compared to a standard-care cohort were found to have AF, and nearly all were put on OAC. In fact, monitored participants were almost three times as likely to be put on OAC (P < .0001) compared with controls.

But it didn’t make any apparent difference to outcomes. The risk for stroke or systemic embolism did not significantly differ between the two groups over more than 5 years in the trial of about 6000 participants, called LOOP.

“The rates of bleeding were modest, despite the low threshold for anticoagulation,” and was not significantly different between the two groups, observed Jesper H. Svendsen, MD, DMSc, Copenhagen University Hospital, Denmark, at a media briefing before his presentation of the trial at the Congress. He is also lead author on the Lancet report.

At least 6 minutes of AF was identified in more than 30% of the ILR-monitored patients, and about 90% of those were started on OAC, Svendsen observed.

But one take-home message from LOOP, he told theheart.org | Medscape Cardiology, is that “short-lasting episodes” of AF do not necessarily pose an untoward risk for stroke compared with AF revealed by intermittent monitoring, which “primarily identifies longer-lasting atrial fibrillation episodes. So short-lasting episodes are probably not as serious as long-lasting.”

The LOOP trial “teaches us that perhaps short-lasting asymptomatic episodes may not benefit from being screened or found,” said Stefan James, MD, PhD, Uppsala University, Sweden. However, that may not be the case when the monitored individual is symptomatic or has longer-lasting AF episodes, he told theheart.org | Medscape Cardiology. “But certainly, this study teaches us that we need to understand much better the relationship between short episodes versus symptoms versus medical outcomes.”

In LOOP, 6004 people age 70 to 90 years without AF but with at least one other stroke risk factor, which could include hypertension, diabetes, a history of stroke, or heart failure, were implanted with an ILR, the Reveal LINQ (Medtronic).

They were randomly assigned at four centers in Denmark to a monitoring group or a usual care group in a 1:3 ratio. Overwhelmingly, most had hypertension. Almost half the population were women.

OAC was recommended for all persons in the monitoring group who showed an episode of AF lasting at least 6 minutes.

“In general, the findings were consistent across subgroups,” including by age, sex, diabetes and heart failure status, stroke history, antiplatelet therapy, renal function, and even CHA2DS2–VASc score, Svendsen noted.

But, he said, participants in the highest tertile for baseline systolic blood pressure (BP), at least 157 mm Hg, “seemed to benefit from being screened,” with a 49% reduction in risk for the primary endpoint (P = .0066). The interaction between systolic BP and outcome was significant (P = .007).

Only 9.3% of participants in LOOP did not have a baseline diagnosis of hypertension and so had to have another risk factor to enroll, the published report notes. However, the significant interaction with systolic BP “suggests that patients with dysregulated hypertension could benefit from this type of screening and concomitant anticoagulation.”

“There is a tight association between our primary end point and hypertension,” Svendsen told theheart.org | Medscape Cardiology. “But I think it’s very important to say that this subgroup analysis is only hypothesis-generating.”

An editorial accompanying the LOOP publication suggests, in line with Svendsen’s proposal, that “shorter atrial fibrillation episodes found by long-term ILRs might not have the same stroke risk as atrial fibrillation detected through single-timepoint or less intense monitoring.”

If much of the paroxysmal AF observed in LOOP and other studies with similar monitoring methods “is not the actual cause of stroke and is instead predominantly a risk marker, further research is warranted to establish whether a different screening focus and treatment paradigm are required to prevent stroke and other vascular brain injury related to atrial fibrillation,” write editorialists Ben Freedman, MBBS, PhD, and Nicole Lowres, BPhty, PhD, University of Sydney, Australia.