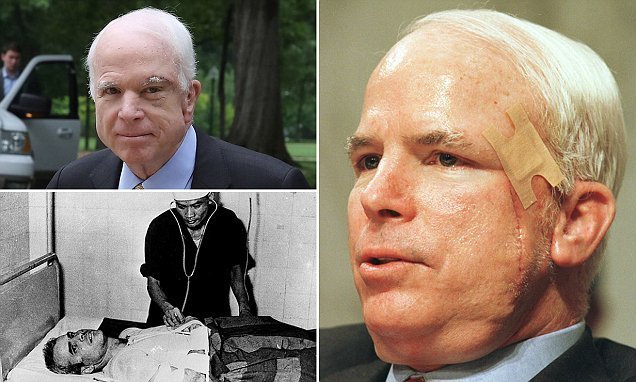 John McCain’s lifetime of medical agony: How the Senator battled on through torture as a POW, melanoma, prostate surgery and brain cancer

John McCain served in battle and in office until his death, despite a myriad of medical issues, many of which have narrow odds of survival.

He released his entire history of medical ordeals to the public when he ran for president in 2000 and in 2008.

There is no link between any of his various medical conditions.

TORMENT AND BROKEN BONES AS A POW

During the war his fighter jet was attacked by Vietnamese missiles. In the accident, he broke both of his arms, the right one in three places, and seriously broke his right leg right around his knee.

He was then held and tortured there for five-and-a-half years as a prisoner of war.

Since then, other than some trouble walking and brief bouts of dizziness, McCain had no serious orthopedic issues.

However, he was unable to raise his arms above shoulder height. 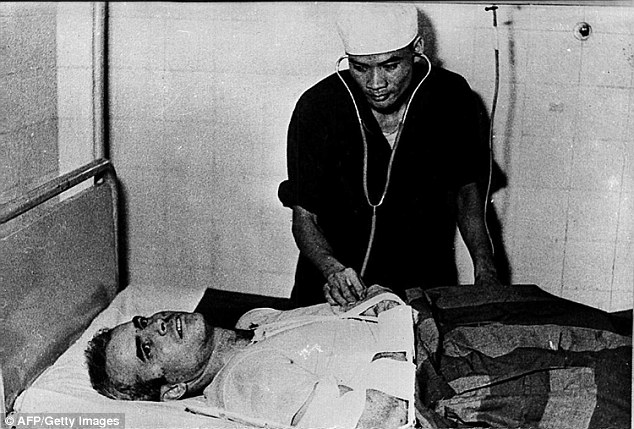 McCain broke both of his arms, the right one in three places, and seriously broke his right leg right around his knee after his fighter jet was attacked with missiles in Vietnam

Despite his horrific experiences, he maintained that he did not suffer psychological issues or PTSD as a result of the war.

There is no evidence to suggest that Senator McCain’s five-and-a-half years of captivity in Vietnam during the war could have increased his risk of developing glioblastoma in later life.

Intense exposure to radiation is the only known risk factor for brain cancer. 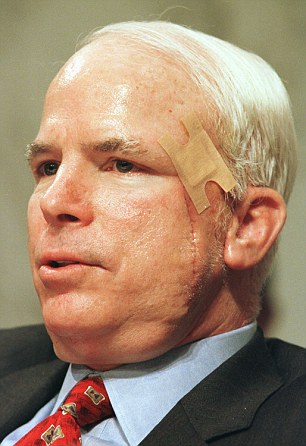 In 2000, surgeons removed a section of skin that was 2.2mm thick and 2cm across after detecting invasive melanoma

In 1993, McCain had a non-invasive melanoma removed from his shoulder.

In August 2000, he was diagnosed with melanoma again, but this time it was invasive. He had to have a significant amount of skin on the left side of his temple removed.

The clot was discovered during a routine physical, which McCain goes in for relatively frequently due to his history with invasive melanoma.

Melanoma is a malignant form of skin cancer that develops in melanin cells, which makes peoples skin darker.

In 2000, he also had an invasive melanoma on his left temple. Surgeons removed a section of skin that was 2.2mm thick and 2cm across.

In 2002, it reappeared, and doctors removed a 6cm patch of skin and part of his salivary gland to reduce inflammation.

Melanoma has no relation with glioblastoma.

‘Sometimes a glioblastoma patient will have had a previous cancer, but other times they have not. There is no link,’ Dr Cisse explained.

In 2001, McCain had some inflamed tissue removed around his prostate when he noticed blood in his urine. However, he never suffered from that again.

John McCain went in for a routine physical after complaining of headaches and dizziness.

Doctors spotted evidence of a blood clot behind his eye.

He had the 5cm clot removed via a minimally invasive craniotomy with an eyebrow incision.

After that the clot was examined by pathologists, who confirmed his cancer.

He relocated to Arizona from DC, undergoing rounds of radiation therapy and chemotherapy, while continuing to work, hopeful that he would recover.

On August 24, McCain’s granddaughter Meghan revealed he had stopped treatment. 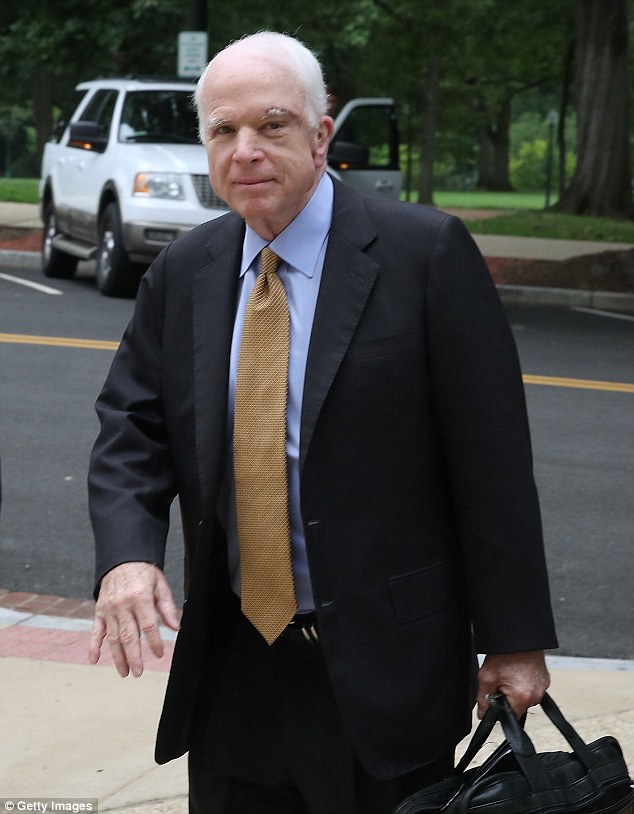