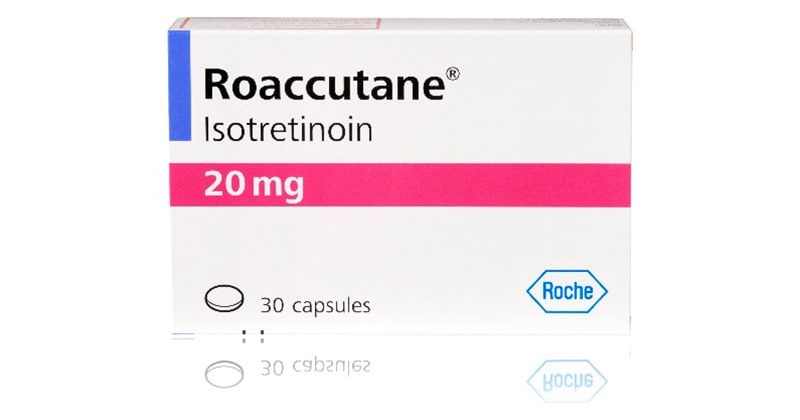 More than 3 months after the Dobbs decision by the US Supreme Court overturned Roe v. Wade and revoked the constitutional right to an abortion, dermatologists who prescribe isotretinoin, a teratogenic drug used to treat severe nodular acne, say they worry even more than in the past about their patients and the risk of accidental pregnancies. Some have beefed up their already stringent instructions and lengthy conversations about avoiding pregnancy while on the medication.

The major fear is that a patient who is taking contraceptive precautions, in accordance with the isotretinoin risk management program, iPLEDGE, but still becomes pregnant while on isotretinoin may find out about the pregnancy too late to undergo an abortion in  her own state and may not be able to travel to another state — or the patient may live in a state where abortions are entirely prohibited and is unable to travel to another state.

As of October 7, a total of 14 states have banned most abortions, while four others have bans at 6, 15, 18, or 20 weeks. Attempts to restrict abortion on several other states are underway.

“To date, we don’t know of any specific effects of the Dobbs decision on isotretinoin prescribing, but with abortion access banned in many states, we anticipate that this could be a very real issue for individuals who accidentally become pregnant while taking isotretinoin,” said Ilona Frieden, MD, professor of dermatology and pediatrics at the University of California San Francisco, and chair of the American Academy of Dermatology Association’s iPLEDGE Workgroup.

The iPLEDGE REMS (Risk Evaluation and Mitigation Strategy) is the FDA-required safety program that is in place to manage the risk of isotretinoin teratogenicity and minimize fetal exposure. The workgroup meets with the FDA and isotretinoin manufacturers to keep the program safe and operating smoothly. The iPLEDGE workgroup has not yet issued any specific statements on the implications of the Dobbs decision on prescribing isotretinoin.

But work on the issue is ongoing by the American Academy of Dermatology. In a statement issued last month, Mark D. Kaufmann, MD, president of the American Academy of Dermatology, said that the academy “is continuing to work with its Patient Guidance for State Regulations Regarding Reproductive Health Task Force to help dermatologists best navigate state laws about how care should be implemented for patients who are or might become pregnant, and have been exposed to teratogenic medications.”

The task force, working with the Academy, is “in the process of developing resources to help members better assist patients and have a productive and caring dialogue with them,” according to the statement. No specific timeline was given for when those resources might be available.

Also of concern are prescriptions for methotrexate, which is prescribed for psoriasis, atopic dermatitis, and other skin diseases. Soon after the Dobbs decision was announced on June 24, pharmacies began to require pharmacists in states that banned abortions to verify that a prescription for methotrexate was not intended for an abortion, since methotrexate is used in combination with misoprostol for termination of an early pregnancy.

The action was taken, spokespersons for several major pharmacies said, to comply with state laws. According to Kara Page, a CVS spokesperson, “Pharmacists are caught in the middle on this issue.” Laws in some states, she told Medscape, “restrict the dispensing of medications for the purpose of inducing an abortion. These laws, some of which include criminal penalties, have forced us to require pharmacists in these states to validate that the intended indication is not to terminate a pregnancy before they can fill a prescription for methotrexate.”

“New laws in various states require additional steps for dispensing certain prescriptions and apply to all pharmacies, including Walgreens,” Fraser Engerman, a spokesperson for Walgreens, told Medscape. “In these states, our pharmacists work closely with prescribers as needed, to fill lawful, clinically appropriate prescriptions. We provide ongoing training and information to help our pharmacists understand the latest requirements in their area, and with these supports, the expectation is they are empowered to fill these prescriptions.”

The iPLEDGE program has numerous requirements before a patient can begin isotretinoin treatment. Patients capable of becoming pregnant must agree to use two effective forms of birth control during the entire treatment period, which typically lasts 4 or 5 months, as well as 1 month before and 1 month after treatment, or commit to total abstinence during that time.

Howa Yeung, MD, MSc, assistant professor of dermatology at Emory University in Atlanta who sees patients regularly, practices in Georgia, where abortion is now banned at about 6 weeks of pregnancy. Yeung worries that some dermatologists in Georgia and elsewhere may not even want to take the risk of prescribing isotretinoin, although the results in treating resistant acne are well documented.

That isn’t his only concern. “Some may not want to prescribe it to a patient who reports they are abstinent and instead require them to go on two forms [of contraception].” Or some women who are not sexually active with anyone who can get them pregnant may also be asked to go on contraception, he said. Abstinence is an alternative option in iPLEDGE.

In the past, he said, well before the Dobbs decision, some doctors have argued that iPLEDGE should not include abstinence as an option. That 2020 report was challenged by others who pointed out that removing the abstinence option would pose ethical issues and may disproportionately affect minorities and others.

Before the Dobbs decision, Yeung noted, dermatologists prescribing isotretinoin focused on pregnancy prevention but knew that if pregnancy accidentally occurred, abortion was available as an option. “The reality after the decision is, it may or may not be available to all our patients.”

Of the 14 states banning most abortions, 10 are clustered within the South and Southeast. A woman living in Arkansas, which bans most abortions, for example, is surrounded by 6 other states that do the same.

Christina Kranc, MD, is a general dermatologist in Phoenix and Scottsdale. Arizona now bans most abortions. However, this has not changed her practice much when prescribing isotretinoin, she told Medscape, because when selecting appropriate candidates for the medication, she is strict on the contraceptive requirement, and only very rarely agrees to a patient relying on abstinence.

Among the many scenarios a dermatologist might have to consider are a lesbian cisgender woman who is having, or has only had, sexual activity with another cisgender women.

The concern is not only about isotretinoin but all teratogenic drugs, according to Jane M. Grant-Kels, MD, vice chair of dermatology and professor of dermatology, pathology, and pediatrics at the University of Connecticut. She often prescribes methotrexate, which is also teratogenic.

Her advice for colleagues: “Whether you believe in abortion or not is irrelevant; it’s something you discuss with your patients.” She, too, fears that doctors in states banning abortions will stop prescribing these medications, “and that is very sad.”

For those practicing in states limiting or banning abortions, she said, “They need to have an even longer discussion with their patients about how serious this is.” Those doctors need to talk about not only two or three types of birth control, she urges, but also discuss with the patient about the potential need for travel, should pregnancy occur and abortion be the chosen option.

Although the newer biologics are an option for psoriasis, they are expensive. And, she said, many insurers require a step therapy approach, and “want you to start with cheaper medications,” such as methotrexate. As a result, “in some states you won’t have access to the targeted therapies unless a patient fails something like methotrexate.”

She worries in particular about low-income women who may not have the means to travel to get an abortion.

In a recent survey of 57 pediatric dermatologists who prescribe isotretinoin, only a third said they felt confident in their understanding of emergency contraception.

The authors of the study noted that the most common reasons for pregnancies during isotretinoin therapy reported to the FDA from 2011-2017 “included ineffective or inconsistent use” of contraceptives and “unsuccessful abstinence,” and recommended that physicians who prescribe isotretinoin update and increase their understanding of emergency contraception.