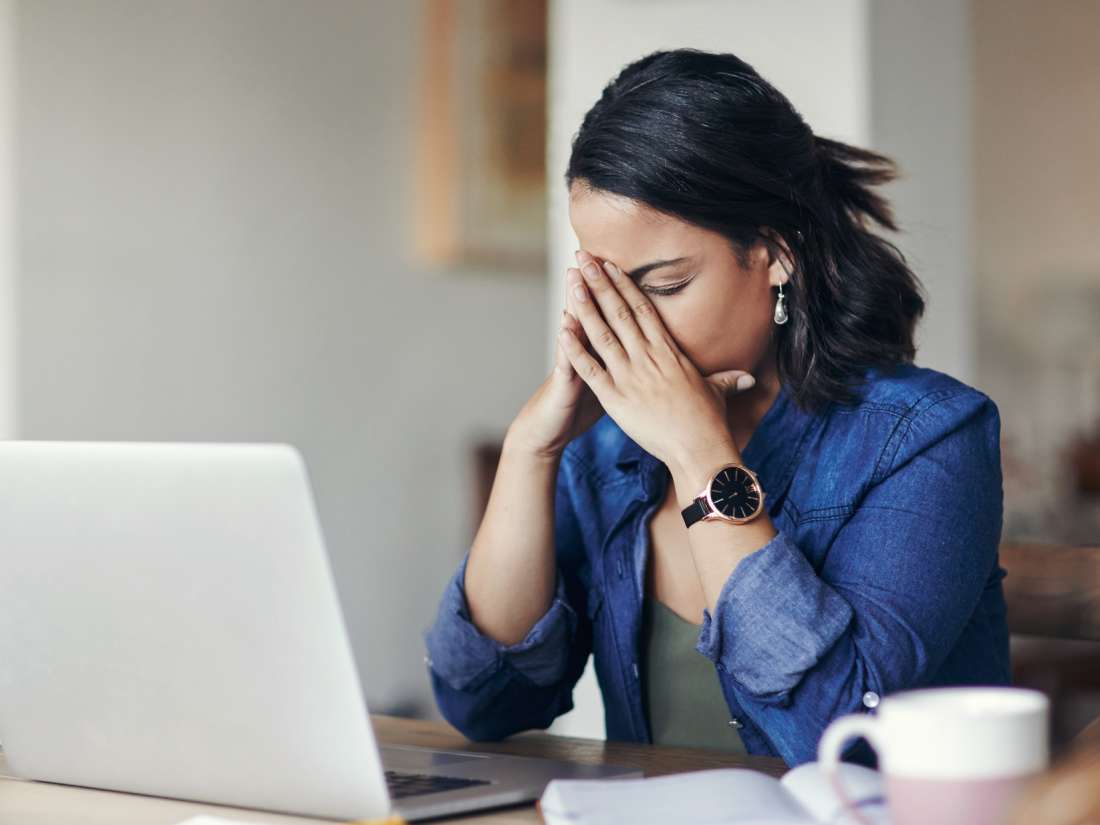 This phenomenon occurs due to the “optimism bias,” a cognitive bias wherein our brains are far more likely to incorporate positive information in the judgments that they make.

What happens with our judgment when we’re under a lot of stress, however? Researchers jointly led by scientists Tali Sharot and Neil Garrett, who are both affiliated with the Experimental Psychology Department at the University College London in the United Kingdom, set out to investigate.

The scientists carried out a two-part experiment and published their findings in the Journal of Neuroscience.

In the first, laboratory-based part of the study, 35 participants were divided into two groups. In the first group, the team told the participants that they would have to complete a task and deliver a presentation on a surprise topic in front of a panel of experts.

In the second group, the team told the participants that they would have to complete an easy writing task.

For the task that both groups completed, participants had to estimate how likely certain adverse life events were. For instance, the scientists asked them to assess how likely it would be to be a victim of burglary or credit card fraud.

After this assessment, they told the participants what the real statistical likelihood was. The “news” that the team gave them was considered “bad” if the likelihood was higher than their estimate, or “good” if it was lower.

Then, the researchers tested how well the participants incorporated this piece of news they just received. They did so by asking the participants to reassess the risks — but this time for themselves.

The results of this laboratory experiment confirmed what previous research had already documented. The “relaxed” participants processed and adjusted to the good news much better than they did to the bad news, continuing to underrate the risks despite information that suggested otherwise.

On the other hand, stressed participants incorporated the “bad” news into their pre-existing beliefs, and they adjusted their expectations and risk evaluations accordingly.

Shalot and colleagues replicated these findings in a real-life setting. They asked firefighters to make similar estimates but while they were on duty at the station.

Shalot explains the findings, saying, “Generally, people are quite optimistic — we ignore the bad and embrace the good. And this is indeed what happened when our study participants were feeling calm; but when they were under stress, a different pattern emerged.

“Under these conditions, they became vigilant to bad news we gave them, even when this news had nothing to do with the source of their anxiety.”

Co-lead study author Neil Garrett chimes in on the potential evolutionary explanations for this phenomenon.

“A switch that automatically increases or decreases your ability to process warnings in response to changes in your environment might be useful. Under threat, a stress reaction is triggered, and it increases the ability to learn about hazards — which could be desirable.”

“In contrast, in a safe environment, it would be wasteful to be on high alert constantly. A certain amount of ignorance can help to keep your mind at ease,” says Garrett.