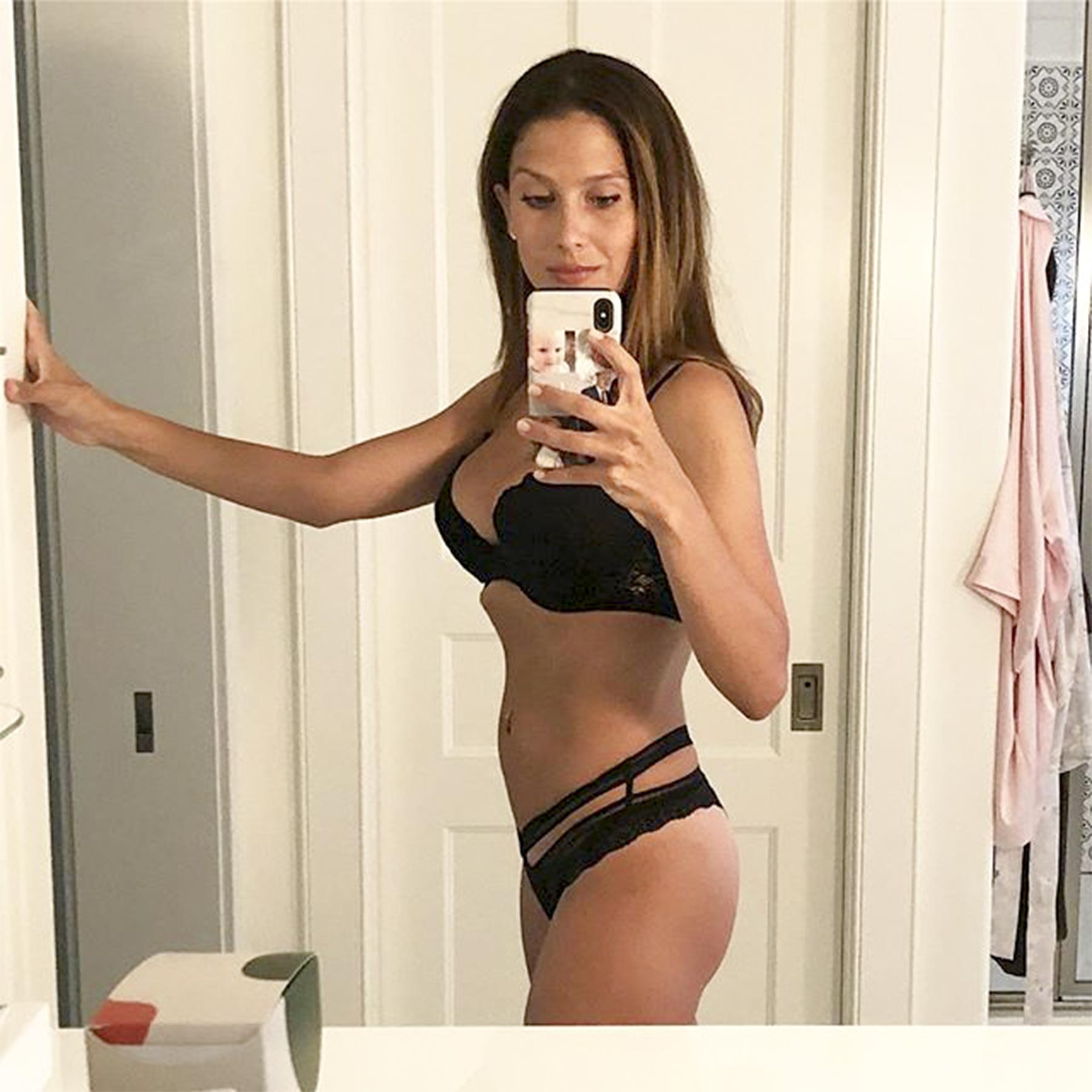 After Instagram commenters questioned whether her recent mirror selfie was photoshopped, Baldwin, 34, posted a video to shut down any questions. In the Instagram post, she turns to the side and back again in black lingerie to prove that her body is all real.

“For those who are saying I photoshopped…how about this?” she wrote. “If my ribs look funny, I apologize for them. I just had a very large baby so maybe they are still expanded. I don’t know…or maybe they will be like this forever. Whatever, I got a beautiful baby out of it, so I’m fine with them.”

Baldwin continued, “I’m the worst with technology anyway, so the idea of me altering an image is laughable. If you know me, I’m totally against all of that and have been an advocate for appearing natural. It’s a shame that people are so accustomed to fake, that they want to see it everywhere. I teach health because I want you to be happy and healthy. I believe life is both too long and too short to not be.”

In the original selfie from Friday, Baldwin showed off the progress she has made since giving birth to son Romeo Alejandro David, her fourth child with husband Alec Baldwin, 60, in May. The parents also have children Carmen Gabriela, 4, Rafael Thomas, 3, and Leonardo Ángel Charles, 22 months.

Also on Saturday, Baldwin discussed her concerns about post-baby hair loss alongside a snapshot of her breastfeeding Romeo.

“It has been my greatest joy in life becoming a mother…we all know that it is hard, and comes with aches and pains, but one thing I wasn’t prepared for the first time around was the postpartum hair loss,” she explained on Instagram. “I would actually say that it is the thing I dread the most when having a baby. Mine always starts to shed around now, picks up (like horror film style) around 3 months, then reduces to normal shedding 6 weeks after that. Then, the regrowth awkward process begins…tiny, sticking up hairs, all over my head.”

RELATED: Hilaria Baldwin Stars with Her Three Kids in a Stunning Maternity Shoot: This Is a ‘Magical Time’

“I always have to reassure myself that it will grow back, but, nevertheless, I do find that it is upsetting each time around—even though I know what to expect now,” she added. “I’m gonna finish nursing this little one now and attempt to quickly blow out my hair before some other tiny person needs me.”

On Friday’s Today, Baldwin said that a fifth baby could be on the horizon.

“I have a daughter and then I have three boys,” she said. “And my daughter is very sure that she is going to have a sister.”

“She does have a sister — she has Ireland, and Ireland is so wonderful and they have a great relationship,” she noted, referring to her husband’s first daughter, 22, from his marriage to Kim Basinger. “But there’s something about a little sister that she really wants.”