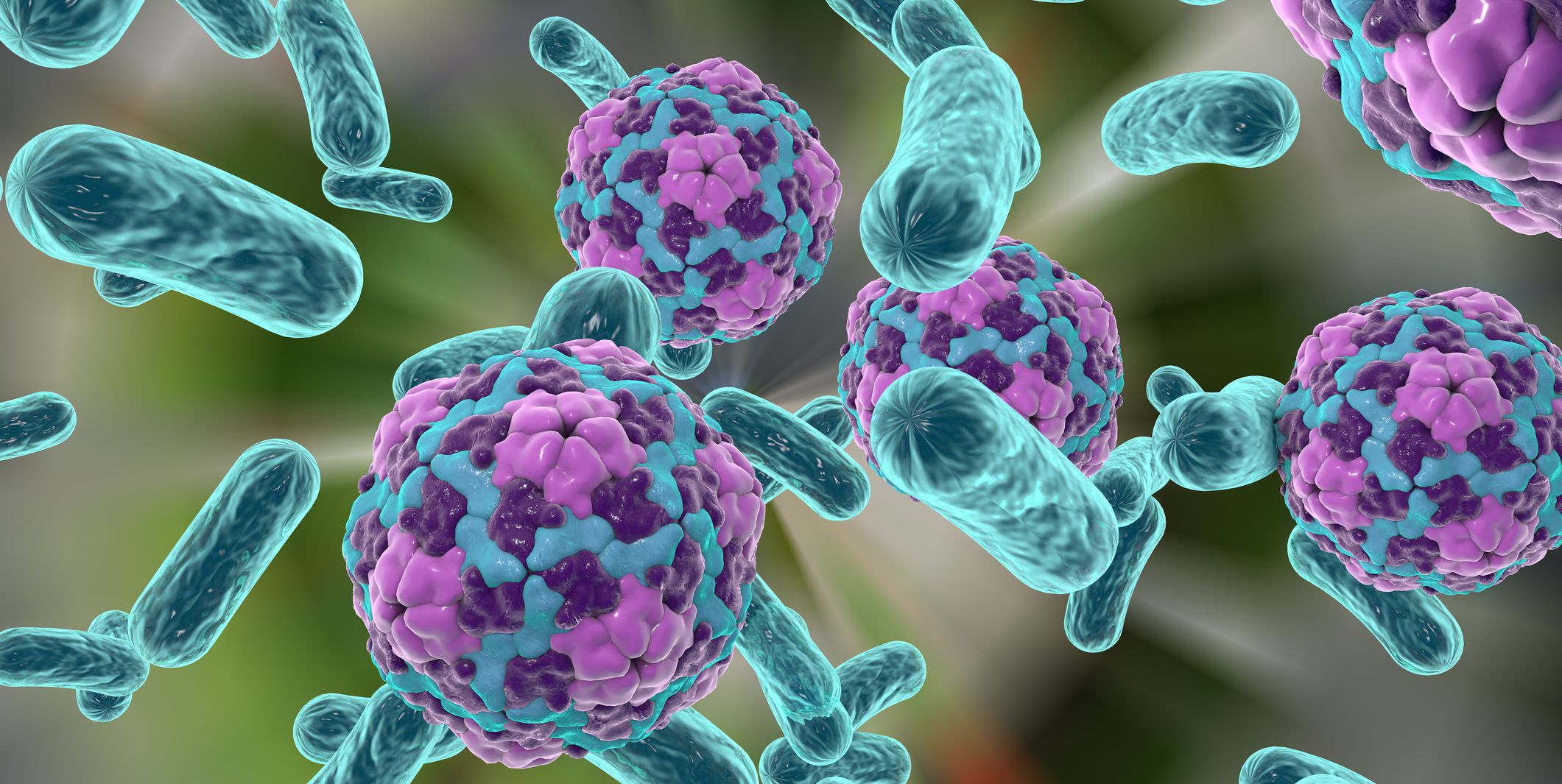 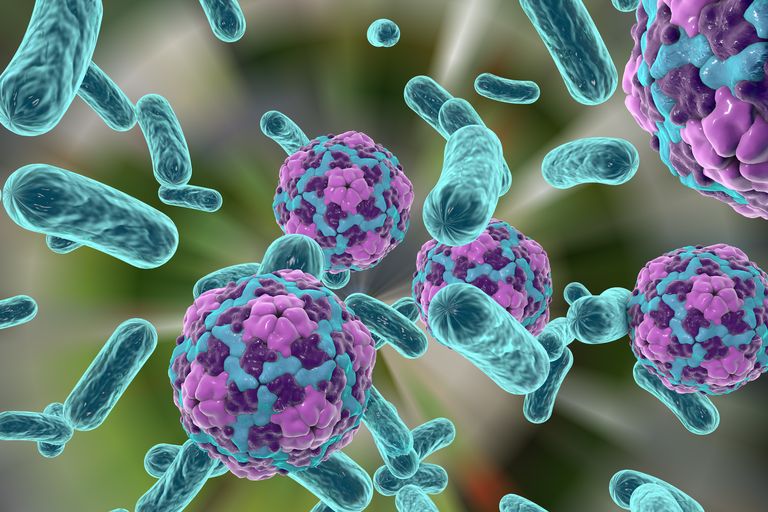 Worldwide, more than 300 million people have viral hepatitis without knowing. There are various types of viral hepatitis, and in a lot of cases, people don’t experience any symptoms — meaning it can go undetected for years.

While many viral hepatitis patients lead long, healthy lives, severe cases can cause life-threatening liver damage. Since the liver is one of the most vital organs in the body — it digests food and filters out toxins — detection and treatment of hepatitis is essential to your health.

To save lives, the World Hepatitis Alliance is encouraging people to get tested for the infection on World Hepatitis Day, July 28. A simple blood test can determine if you have any type of viral hepatitis.

So what exactly is viral hepatitis, how do you get it, and what are the symptoms? Here’s what you should know.

Hepatitis is a disease that inflames the liver. The five most common types — A, B, C, D, and E — are known as viral hepatitis, because they’re caused by viral infections. Non-viral forms of hepatitis can result from alcohol abuse or other toxins.

Every case of hepatitis is different. For some people, the condition goes away on its own. Others may develop chronic hepatitis, meaning it lasts longer than six months, and require medication.

Prevention and treatment vary depending on the type of hepatitis a patient develops.

Here’s an overview of each type of viral hepatitis:

Hepatitis A — the only form of hepatitis that can’t develop into a chronic disease — is typically transmitted through food or water contaminated with the virus. How does the virus get there to begin with? Usually through poop from a contaminated person.

If someone with hepatitis A uses the restroom, forgets to wash their hands, and handles food that isn’t cooked to a temperature that can kill the virus, the condition could be passed on. Hepatitis A could also be transmitted through close physical contact, like sex, and intravenous drug use.

Prevalence: Relatively rare in the United States. There were only 2,500 hepatitis A cases in 2014, according to government data, according to the National Institute of Health.

Prevention: You can get vaccinated for hepatitis A as early as your first birthday.

Treatment: Hepatitis A only lasts a few weeks, so there is no medical treatment — but doctors recommend plenty of rest, fluids, and eating healthy foods.

For 95 percent of adults, hepatitis B clears up within a few months. But children who are infected before age 5 are more likely to develop chronic hepatitis B, because their immune system cannot fight off the virus.

Hepatitis B is spread through bodily fluids — like semen or blood — of someone who has the condition. The virus can be contracted by having unprotected sex or sharing needles, for example. Babies can also contract Hepatitis B from their mothers.

Prevalence: Roughly 1.2 million Americans currently have some form of Hepatitis B, according to the Centers for Disease Control and Prevention.

Prevention: A vaccine is available and is often given to newborns.

Symptoms: Some hepatitis B patients show no symptoms, but others with acute, or short-term, hepatitis could experience a fever, dark urine, fatigue, joint pain, jaundice and loss of appetite. Chronic hepatitis B patients may not experience symptoms for decades until they begin having liver problems. Then, they may develop jaundice, an enlarged spleen, or a swollen abdomen.

Treatment: People with chronic hepatitis B could require antiviral medications to lower the chances of further liver damage.

Hepatitis C is spread through blood, and most people who contract the virus will develop a chronic infection. Early, unsafe blood transfusion practices made this disease more common for people born between 1945-1965, but the rise in heroin and opioid use makes hepatitis C increasingly more common in younger adults.

Prevalence: An estimated 2.7 million to 3.9 million Americans currently have some form of hepatitis C, according to the CDC.

Prevention: There is no vaccine for hepatitis C, but it can be prevented by using a condom during sex, not sharing needles during drug use, and ensuring that your tattoo or piercer uses sterile needles.

Symptoms: Typically, people won’t show any signs of the disease. Those with acute hepatitis may have joint pain, lose their appetite or feel fatigued. Chronic hepatitis C patients generally don’t experience symptoms until the disease worsens, usually decades after first contracting the infection. Then, they may show signs of liver damage, including jaundice, dark urine or bruises.

Treatment: Antiviral medications can treat both acute and chronic forms of the infection.

Prevalence: The CDC’s website does not provide exact data on the prevalence of Hepatitis D in the U.S.,but it notes the virus is “uncommon.”

Prevention: Getting a hepatitis B vaccine will prevent contracting hepatitis D.

Treatment: Medications known as interferons will boost a patient’s immune system and attack the virus to stop it from replicating.

Hepatitis E is more common in developing nations, where it’s spread through drinking water contaminated with poop laced with the virus. In the U.S., people contract the virus by eating undercooked pork or wild game, since deer and pigs can be infected, too. Typically, only people who have weakened immune systems due to HIV or cancer will develop chronic hepatitis E.

Prevalence: From the National Institute of Health: “Although experts used to think hepatitis E was rare in the United States, recent research suggests that about 20 percent of the population has had hepatitis E.”

Prevention: There is no vaccine for hepatitis E. It’s extremely uncommon to spread the virus to other people, but washing your hands after using the restroom and before touching food can reduce the risk of spreading hepatitis E.

Symptoms: Most people will be asymptomatic, but some will feel tired, nauseous and have dark urine and poor appetite.