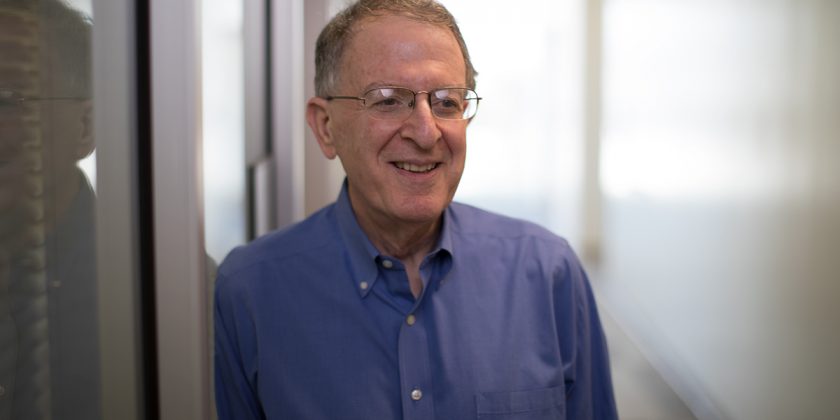 Jeffrey I. Gordon, MD, of Washington University School of Medicine in St. Louis, has received a 2018 Luminary Award from the Precision Medicine World Conference. He is being honored for his pioneering work in founding the field of gut microbiome research and for fundamentally altering the understanding of the origins of human health and disease, especially as they relate to nutrition.

Gordon, the Dr. Robert J. Glaser Distinguished University Professor and director of the Edison Family Center for Genome Sciences & Systems Biology, will receive the award Sept. 24 at Duke University, along with fellow 2018 Luminary Award recipient Mary V. Relling, PharmD, of St. Jude Children’s Research Hospital. She is being honored for work in understanding how a person’s genetics affects his or her response to drugs. The Luminary Award recognizes contributions of pre-eminent figures who have accelerated advancement of personalized medicine to the clinic. Previous winners include Emmanuelle Charpentier and Jennifer Doudna, who led development of CRISPR/Cas9 gene editing technology.

Precision medicine is harnessing advances in the genome sciences and related fields to obtain a more precise characterization of people with both rare and common diseases. This deeper understanding of disease could lead to improved treatments for individuals, and ultimately spawn new approaches to disease prevention. Gordon’s work on the human gut microbiome illustrates, in many ways, the concept, goals and applications of precision medicine.

The gut is home to tens of trillions of microorganisms. Collectively, they contain more than 100 times the number of genes than that possessed by the human genome. These microbial genes then enable citizens of the gut’s microbial communities to provide people with health-promoting capabilities that the human genome has not had to evolve on its own.

Gordon and his students have pioneered ways to define normal development of this microbial organ in healthy infants and children from different parts of the world, including twins, and determined how this feature of human development is perturbed in those with malnutrition. They have used innovative animal models to decipher how gut community members normally interact with one another and their hosts. Furthermore, they have shown how differences in microbiomes from individuals with obesity and malnutrition are causes and not simply effects of these diseases. They have used this knowledge to develop microbiome-targeted treatments. The approaches pioneered in Gordon’s lab promise a new era of precision, microbiome-based therapeutics and diagnostics. These techniques also are transforming development of health-promoting foods and more personalized nutritional recommendations during what Gordon calls a time of rapid population growth and challenges to sustainable agriculture.

“Jeff Gordon continues to work at the leading edge of precision medicine,” said David H. Perlmutter, MD, executive vice chancellor for medical affairs and the George and Carol Bauer Dean of the School of Medicine. “His research has changed how scientists view microbes, shifting away from the assumption that bacteria are important only if they cause disease and toward a new understanding in which communities of gut microbes establish a symbiotic relationship with the human body. This new model opens the door to finding ways to improve public health by developing therapeutic foods that nurture a healthy gut microbiome.”

Gordon came to Washington University in 1981, where he has spent his entire career, first in the Departments of Medicine and Biological Chemistry. He later led the Department of Molecular Biology and Pharmacology and is the founding director of the university’s interdisciplinary Center for Genome Sciences & Systems Biology.

Gordon is the recipient of a number of international awards, including the Robert Koch Award, the Passano Laureate Award, the Dickson Prize in Medicine, the King Faisal International Prize in Medicine, the Keio Medical Science Prize, the Louisa Gross Horwitz Prize and the Copley Medal. He is a member of the National Academy of Sciences, the American Academy of Arts and Sciences, the National Academy of Medicine and the American Philosophical Society. Gordon said that his greatest honor is having the privilege of serving as the research mentor to more than 130 graduate students and postdoctoral fellows, many of whom have gone on to become leaders in the microbiome field.