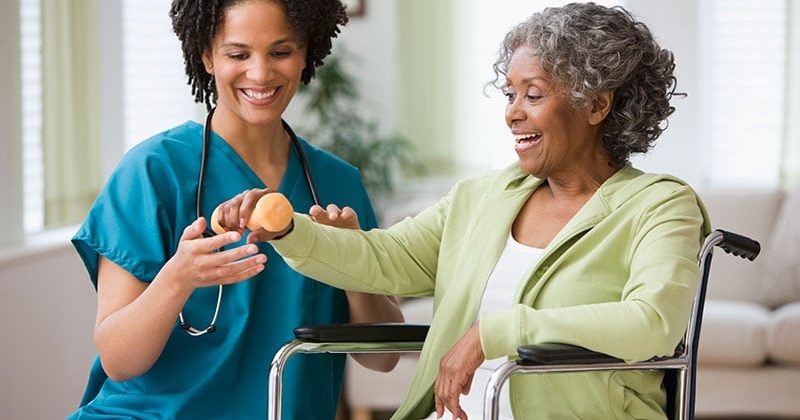 Exercise appears to significantly improve cognitive function following a stroke, bringing patients with mild to moderate cognitive impairment back to near normal cognition.

Results of a new proof-of-concept trial suggest exercise had a positive effect on cognitive domains specifically affected by stroke, including memory, attention, and executive function.

The results indicate exercise is not only physically beneficial but also has a clinically important impact on cognition in patients who have had a stroke, study investigator Teresa Liu-Ambrose, PhD, PT, associate professor and Canada Research Chair in Physical Activity, Faculty of Medicine, University of British Columbia, Vancouver, Canada, told Medscape Medical News.

“At the start of our trial, subjects had at least mild to moderate cognitive impairment, and after 6 months of training, those in the exercise group on average were reverting to what would be seen more as a normal state of cognition,” she added.

The findings were published online October 13 in JAMA Network Open.

Evidence suggests exercise is beneficial in patients who have had a stroke, but these studies were not specifically designed to explore the role of exercise, said Liu-Ambrose. “To my knowledge, this new study is the only one directly aimed at cognition.”

The new single-center, single-blinded study included 120 community-dwelling patients who had had an ischemic or hemorrhagic stroke. They were a mean age of 70 years and 62% were men.

Researchers randomly allocated participants to one of three groups:

The 6-month intervention included twice-weekly 60-minute supervised classes. There was then a 6-month follow-up.

The primary outcome was the ADAS-Cog-Plus, which assesses memory, attention, and executive function. At the end of the intervention, participants in the EX group had significantly better ADAS-Cog-Plus performance compared with the BAT group (estimated mean difference, –0.24; 95% CI –0.43 to 0.04; P = .02).

Use It or Lose It

“It’s intuitive and biologically sound to say that if you’re not going to continue to do the exercises, the benefits over time will disappear; it’s the notion of use it or lose it,” said Liu-Ambrose.

There were no cognitive differences between the ENRICH and BAT groups at the end of the intervention or at the end of follow-up. The evidence suggests people improve only on the computerized training component they train for, and not on other cognitive performance measures, said Liu-Ambrose.

“The takeaway here is that any basic exercise could be beneficial for people in the chronic phase of stroke, and improving some of the most basic motor functions such as balance etc could translate to people’s capacity and willingness to engage in further physical activity.”

The EX group significantly and meaningfully improved in terms of 4-meter gait speed (by 0.16 m/s) and 6MWT (by 68.72 m) over the 6-month intervention.

A post-hoc analysis showed participants in the exercise group improved on the 13-item ADAS-Cog by 5.65 points. A change of 3.0 points on this scale is a minimally significant difference.

Liu-Ambrose noted that such a change could translate into, for example, patients who have had a stroke being able to cook, plan, and remember to take their medication. “It allows them to live independently and with quality.”

There were 42 adverse events (19 in the EX group, 2 in the ENRICH group, and 21 in the BAT group), and 35 of these were deemed not related or most likely not related to the study. No events were serious, with many stemming from muscle soreness, said Liu-Ambrose.

The findings reflect the shifting perspective on what’s possible during the chronic phase of stroke, said Liu-Ambrose. “In the past, the notion was that once in the chronic phase, you can’t reap much gain from intervening, but the evidence now would suggest there’s still the potential from a neuroplasticity perspective.”

That there was improvement in cognitive function with the physical exercise regimen but not the cognitive and social enrichment intervention “seems counterintuitive and is what makes the report interesting,” said Adams.

“It suggests that more attention needs to be paid to this part of therapy.”

He noted that the study participants were at least 5 years out from their stroke and had cognitive impairment and moderate physical deficits. “Right now, basically nothing much at all is done — either in the physical, social, or cognitive domains — this long after stroke, for sure not rigorous physical exercise.”

The data might support the idea of periodic “booster” programs in the chronic phase after stroke, said Adams.

However, he said, the study “does not provide evidence for an enduring benefit nor does it reduce the progression from cognitive impairment to dementia.”

Liu-Ambrose and Adams have reported no relevant financial relationships.