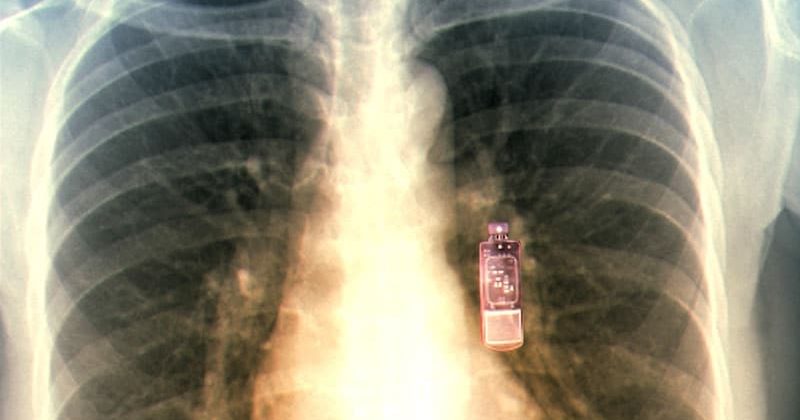 Two new randomized trials have added to the evidence that rates of atrial fibrillation (AF) detection are increased through the use of long-term monitoring with implantable devices. The studies have also expanded the population that may be targeted for such monitoring.

The STROKE-AF study showed that among patients with stroke attributed to large- or small-vessel disease, monitoring with an insertable cardiac monitor (ICM), in comparison with usual care, detected significantly more AF episodes over 12 months.

And the PER DIEM study showed that among patients with ischemic stroke for whom there was no prior evidence of AF, implantable electrocardiographic monitoring for 12 months, in comparison with external monitoring for 30 days, resulted in a significantly greater proportion of cases of AF being detected over 12 months.

Both studies were published online in JAMA on June 1.

The authors of an accompanying editorial note that the number of patients needed to undergo monitoring with an ICM to detect one patient with subclinical AF at 1 year is approximately 10 in both the STROKE-AF and PER DIEM trials, which suggests that it is an effective intervention for detecting disease.

The editorialists point out that the current trials add to two previous studies, EMBRACE and CRYSTAL-AF, that support more prolonged AF monitoring after stroke, but at present, there is no clear evidence that detecting subclinical AF leads to improved clinical outcomes.

The STROKE-AF trial was conducted by a team led by Richard A. Bernstein, MD, Feinberg School of Medicine, Northwestern University, Chicago, Illinois.

The trial enrolled 496 patients within 10 days of a stroke attributed to large- or small-vessel disease, which is different from the usual cryptogenic stoke patient population considered for AF monitoring. The patients were randomly assigned either to AF monitoring over 12 months with an insertable cardiac monitor or site-specific usual care consisting of short-term external cardiac monitoring, such as 12-lead electrocardiograms, Holter monitoring, telemetry, or event recorders.

They note that following the CRYSTAL-AF study, long-term cardiac monitoring is now recommended after cryptogenic stroke, a subtype in which paroxysmal AF is strongly suspected.

But they point out that the STROKE-AF study recruited only patients with stroke attributed to large- or small-vessel disease, a population of patients with ischemic stroke for whom long-term cardiac monitoring data are sparse.

Although these strokes are generally thought to be due to atherosclerosis, many recurrent strokes do not have the same causal mechanism as the initial stroke, so patients with an index stroke due to large- or small-vessel disease can still be at risk for future AF-related stroke, especially if they are only treated with antiplatelet therapy, Bernstein and colleagues explain.

Although some of the index strokes in this study may have been due to undetected paroxysmal AF and were mistakenly attributed to large- or small-vessel disease, the authors emphasize that “the importance of detecting AF is not to ascribe an alternative etiology to the index stroke, but rather that it represents a risk for future cardioembolic stroke, which may be more effectively prevented by oral anticoagulation than antiplatelet therapy.”

Although the minimum duration of AF needed to benefit from long-term oral anticoagulation remains unknown, a post hoc analysis in the STROKE-AF study showed that AF events frequently lasted more than 1 hour.

The PER DIEM trial was conducted by a team led by Brian Buck, MD, University of Alberta, Edmonton, Canada.

In this study, 300 patients who were within 6 months of having had an ischemic stroke (66% of unknown cause) and who were not known to have AF were randomly assigned to undergo either prolonged electrocardiographic monitoring with an implantable loop recorder or 30 days of monitoring with an external loop recorder, with follow-up visits at 30 days, 6 months, and 12 months.

The rates of AF detection were not significantly different during the first 30 days of monitoring between the two groups. Beyond 30 days, new AF diagnoses continued to accumulate in the implantable loop recorder group. There were two new AF diagnoses in the external loop recorder group, determined on the basis of 12-lead electrocardiographic monitoring completed at the study visits. All AF diagnoses were clinically actionable, resulting in new prescriptions for oral anticoagulation therapy.

The authors note that longer-term cardiac monitoring of all patients with stroke in the absence of proven AF would have implications with regard to costs, and it remains unproven whether more widespread adoption of an implantable loop recorder would translate into lower stroke rates and economic benefits.

They point out that in the PER DIEM study, the strongest predictor of AF detection was age. Among individuals older than 80 years who had had a recent stroke, the estimated rate of AF approached 50%.

“Studies are needed to determine if there are subgroups of stroke patients in whom empirical anticoagulation therapy is more cost-effective than extended cardiac monitoring strategies,” they conclude.

What AF Threshold for Anticoagulation?

In the accompanying editorial, David Tirschwell, MD, and Nazem Akoum, MD, University of Washington School of Medicine, Seattle, Washington, say the two new studies confirm an increase in subclinical AF detection with more prolonged monitoring; that the studies indicate that an implantable cardiac monitor yields higher detection rates than 30-day external monitoring; and that they expand the potential surveillance pool to include patients other than those with ischemic stroke in which there is no identified mechanism. But what remains missing is a threshold based on the frequency and duration of subclinical AF for initiating anticoagulation therapy.

The editorialists question whether a randomized trial of anticoagulant therapy vs routine antiplatelet therapy in patients in whom subclinical AF has been detected could be conducted, inasmuch as neurologists already tend to prescribe anticoagulation therapy to many such patients for secondary stroke prevention.

They ask whether an implantable device should now be used for every patient with ischemic stroke not related to AF and whether this would be cost-effective.

They suggest that a randomized trial may be possible with patients in whom there is a lower frequency and duration of subclinical AF; for these patients, stroke risk is lower and equipoise more likely remains.

The editorialists point out that at least two ongoing trials are examining the use of anticoagulation therapy for subclinical AF in patients (mostly without a history of stroke) with device-detected subclinical AF, including high-rate atrial episodes, and who have additional vascular risk factors.

If anticoagulation is shown to be effective in these trials, there would be an inclination to extrapolate the findings to secondary stroke prevention, they say.

They also note that AF may be a marker of an underlying pathology that causes strokes ― a so-called atrial cardiopathy ― and that if this could be defined and identified at the time ischemic stroke, anticoagulation could be used in these patients, thereby avoiding the need for long-term heart rhythm monitoring. This idea is currently being tested in patients with cryptogenic stroke in the ARCADIA trial.

Consensus standards are needed for the definition of subclinical AF, they conclude, and as the population ages and the incidence of AF-related stroke increases, it will be ever more important to ensure a strong evidence base for selecting the best antithrombotic treatment.

The STROKE-AF trial was funded by Medtronic. Bernstein reports receiving personal fees from Medtronic outside the submitted work and performing consulting/steering committee work with Boehringer Ingelheim and Abbott. The PER DIEM study was supported by Alberta Innovates Health Solutions Collaborative Research and Innovations Opportunities and the Partnership for Research and Innovation in the Health System, government of Alberta. Implantable loop recorder devices and the electrocardiographic core laboratory was provided by Medtronic Canada. Buck reports receiving research funding from Alberta Innovates Health Solutions. Tirschwell reports receiving personal fees from Abbott and serving as coprimary investigator of the ARCADIA study.