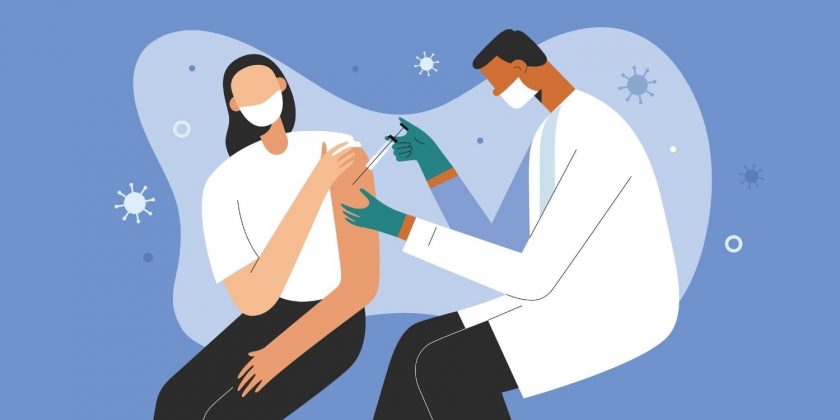 With the COVID-19 vaccine now being rolled out across Australia, the race to get a jab is underway. As we’ve seen in the past through circumstances like those seen in Melbourne and the Northern Beaches, normality as we once knew it won’t return for sometime, not until much of the world’s population has been vaccinated as the ability to relax and suddenly find ourselves in the thick of another outbreak is all too real.

But as those who are eligible to first receive the vaccine are doing so, researchers have found a rather annoying development presenting itself at the injection site. Known simply as “COVID arm”, the annoying side effect from the vaccine is completely harmless, but it’s something researchers are paying attention to. According to a new report in the New England Journal of Medicine, COVID arm includes redness, swelling, and tenderness at the injection site that can develop eight or more days after getting the vaccine. Research indicates that the reaction typically goes away within four or five days.

As the research suggests, about 84 per cent of people in the trials had a reaction, such as pain, soon after the shot at the injection site. However, only 0.8 per cent of people experienced these delayed skin reactions after their first dose. Researchers note that the trial data doesn’t provide a full picture of what those reactions might include.

In their analysis of those who reported delayed skin reactions after receiving the Moderna vaccine, it was noted that symptoms started on day eight or nine after getting the first dose of the vaccine, however one person developed symptoms on day four, with another on day 11. The symptoms included itchiness, redness, swelling and pain. It was interesting to note that while some developed this after the first dose, it often did not reoccur following the second dose. Only half reported getting a similar reaction after the second dose.

Scientists believe that the body’s T-cells – which are a type of immune cell that can limit the effects of an invading virus – may be the reason for these delayed hypersensitivity reactions. More importantly though, having this reaction doesn’t mean you can’t get a second vaccine. As Esther E. Freeman, M.D., Ph.D., director fo global health dermatology at Massachusetts General Hospital, associate professor of dermatology at Harvard Medical School, wrote on Twitter: “We can now provide reassurance that it’s safe to get the second #modernavaccine even if you had a delayed large local #skin reaction to the first shot.”

And if it sounds like this only applies to the Moderna vaccine, reports indicate that similar reactions have occurred in those who received the Pfizer/BioNTech vaccine, with the reactions being rare and not leading to any long-term issues.

As most doctors suggest, the reaction will likely go away on its own without treatment. Depending on your symptoms, you can take antihistamines, over-the-counter painkillers, or steroid medications to reduce the symptoms, and some even recommend getting the second dose in the other arm if you’re worried about getting another delayed reaction.

As authors of the study explain, “Given the scale-up of ass vaccination campaigns across the world, these reactions are likely to generate concerns among patients and requests for evaluation,” but as the research indicates, this side effect is harmless.