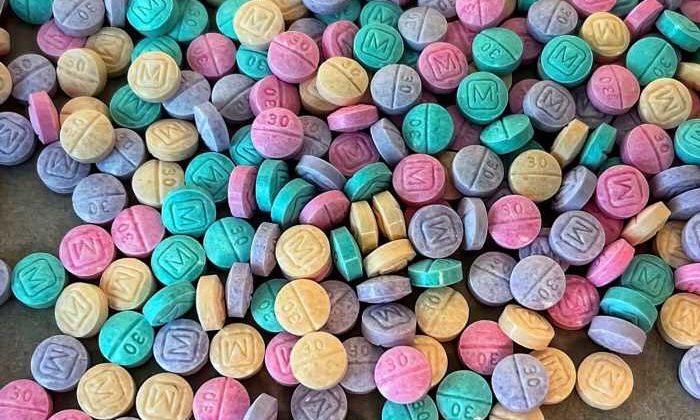 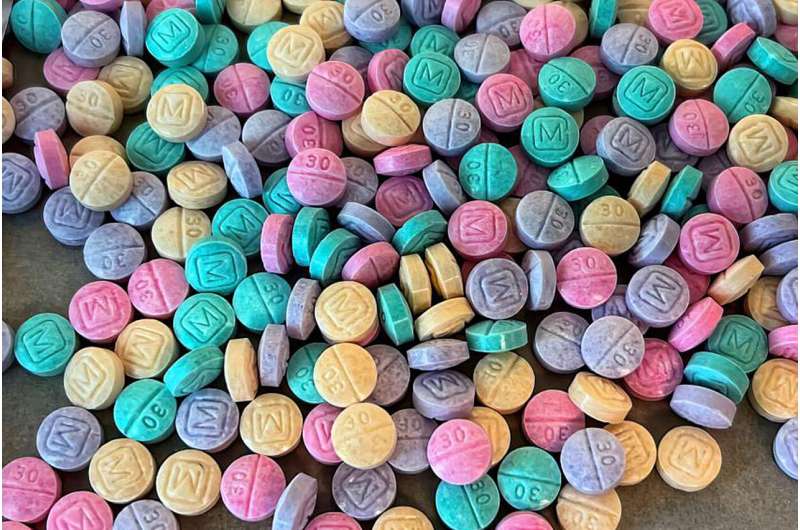 Parents may have noticed a disturbing trend on social media this month: claims that fentanyl is being manufactured in colorful tablets that are meant to attract their children.

Politicians like Republican National Committee Chairwoman Ronna McDaniel and U.S. Rep. Lance Gooden (R-Texas) spread the news on their own social media accounts, telling parents to be aware ahead of the upcoming Halloween holiday and blaming President Joe Biden for not cracking down harder on immigration. And programs like Fox News and Good Morning America have covered the claims as well.

In reality, experts say colorful fentanyl is not likely to pose a risk to children, and in fact, it might actually help keep users from unintentionally overdosing. What’s more, rather than helping to protect children, the spread of misinformation like this could actually be harmful for those who are already at risk.

The trending news comes thanks to an August DEA release which calls colorful fentanyl “a new method used by drug cartels to sell highly addictive and potentially deadly fentanyl made to look like candy to children and young people.”

Experts have disputed the claim that fentanyl could be distributed to young children, who have very little buying power, and others have noted that the claim, combined with pre-existing panic about children being harmed by trick-or-treating candy, has been used by the right to bemoan the Biden administration’s response to immigration.

None of this is a surprise to Leo Beletsky, Northeastern professor of law. He agrees that there is a low probability that opioid distributors would target children and says that actually, the colorful tablets might be a good thing.

Much of the danger from opioids, Beletsky says, comes from users taking a drug without being aware that it contains fentanyl. During the manufacturing process, drugs like meth, cocaine and opioids are “cut” with other agents to increase the volume being sold; this dilutes the actual amount of the drug. Fentanyl, which is far easier to make than heroin and is currently prevalent in the Boston drug supply, is mixed with cutting agents to make it look like a lot is being sold, despite the fact that a small amount is extremely potent.

During this cutting process, Beletsky says, there is a risk of other products getting cross contaminated with fentanyl. Someone using cocaine, for example, may accidentally ingest fentanyl despite having no intention of using an opioid. They may be “opioid naive,” or have no tolerance of the drug, so a small amount can be deadly.

Colorful fentanyl tablets, however, are clearly marked and distinguishable from other products like oxycontin. “It used to be that illicit manufacturing tried to mimic what the pharmaceutical product looks like, and that’s super dangerous,” Beletsky says. “The rainbow fentanyl could be actually a positive signal that this is a fake counterfeit material.”

Despite the dangers, those who claim children could be targeted with fentanyl misunderstand the real risks for children in the United States. Of the opioid-related deaths in Massachusetts in 2021, 91% were people between the ages of 25 and 64, and of those who died of opioid overdose in 2020, only 0.2% were under the age of 15. The CDC reports that the biggest causes of death for children by far are guns and vehicle crashes; drug poisoning is on par with cancer and suffocation.

But, as Chad Lee-Stronach, a professor of philosophy who studies risk, says, sensational headlines, and especially those involving children, could distort one’s sense of danger.

“There are certain cognitive biases that we have that lead us to have a distorted appreciation of the actual risk,” he says. In cases like these, “we confuse salience for greater degree of risk.”

The consequences of overstating this particular risk are more far-reaching than parents having to spend an extra moment checking their kids’ candy. Not only do statements like the DEA’s encourage politicians to be tougher on issues like immigration, they also contribute to a landscape where addiction is treated as a crime—which “has not been effective in any way,” Beletsky says—instead of a health issue. Misinformation like this leads to harshly punitive policies, Beletsky wrote in a report, and restrictions on access to medical fentanyl.

As the national dialogue shifts focus to treatment over incarceration, “it’s in [the DEA’s] interest to create these kinds of panics” to stay funded, Beletsky says. “I think they do it for clout,” he says. As Lee-Stronach notes, the DEA warning does not include any recommendations or guidance.

While rainbow fentanyl may dominate the drug news cycle, there are other issues affecting opioid users that need more attention, Beletsky says. This includes the self-regulated rehabilitation system, which, he says, can claim to offer miracle therapies and “snake oil” solutions. Misinformation can become a barrier to getting effective treatment, as well as cost. He calls it a “consumer nightmare.”

Another problem is the underprescription of opioids. Unlike in the late 1990s and early 2000s, when doctors overprescribed opioids to the point where patients became addicted, now it is difficult for people to get ahold of pain treatment, so they go outside of traditional medicine.