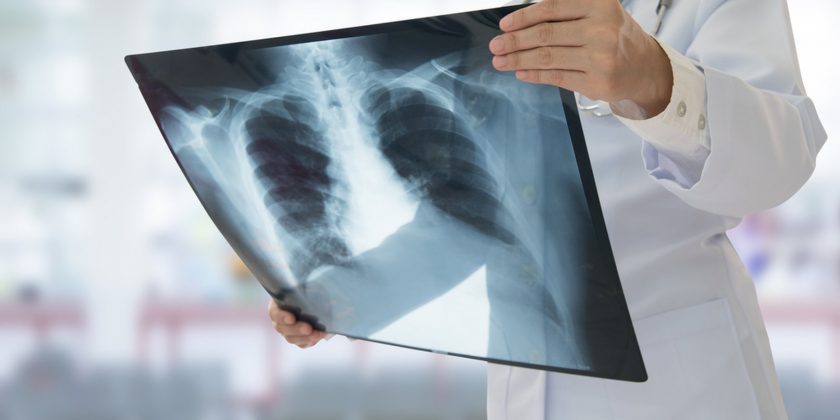 The findings were presented here today (Nov. 11) at the American Heart Association's Scientific Sessions annual meeting. The study has not yet been published in a peer-reviewed journal. [27 Devastating Infectious Diseases]

Both bacteria and viruses can cause pneumonia, an infection characterized by inflammation in the air sacs of the lungs.

In the study, the researchers looked at data from 2007 to 2014 on around 4,800 patients at a Utah hospital who had been diagnosed with pneumonia and hospitalized. Around 80 percent of the patients had been diagnosed with bacterial pneumonia. The researchers then looked at data on those patients for the 90 days following their diagnosis, noting which patients experienced heart attack, stroke, heart failure or death. (The researchers tracked the patients for 90 days because previous research has shown that the risk of these complications is increased for 90 days following a pneumonia diagnosis.)

So, why might the bacterial version pose a greater threat to the heart? This difference is most likely because bacterial pneumonia causes more inflammation in the arteries — a risk factor for heart disease — than viral pneumonia does, said senior author Dr. Joseph Brent Muhlestein, a cardiologist at Intermountain Heart institute in Utah.

Bacteria and viruses infect the body in different ways, Muhlestein told Live Science: Viruses make their way into cells and cause damage, while bacteria stay outside the cells and release toxins into the bloodstream. The latter mechanism causes more inflammation in the blood, which can cause damage to the linings of the arteries.

What's more, bacterial pneumonias often times cause higher fevers, higher levels of inflammation markers in the blood and high white blood cell counts, Muhlestein said. (High white blood cell counts indicate that the body is fighting an infection.) But even so, the symptoms of viral and bacterial pneumonias are not all that different — and most of the time doctors assume the infection is bacterial and start treating the patient with antibiotics, he added.

Still, Muhlestein noted that he was surprised by the findings. Previous research had shown that people with underlying health conditions who get a flu shot are much less likely to have a heart attack in the following year compared with if those who don't get a flu shot. "So in my mind, I was thinking, well, it may be that viral infections [such as the] flu [are] worse for a cardiac complication than bacterial infections — but that's not what we found."

In any case, "if you're sick, you should go to the doctor," he said. Indeed, the study found that "people who got viral pneumonia still had heart complications —  just not as many" as people with bacterial pneumonia.

Muhlestein said that he also recommends that doctors prescribe antibiotics to patients that are old and and have underlying health problems, even if they think the infection is viral. That's because these individuals have weaker immune systems, and may easily develop a bacterial infection that can progress to pneumonia, he said.