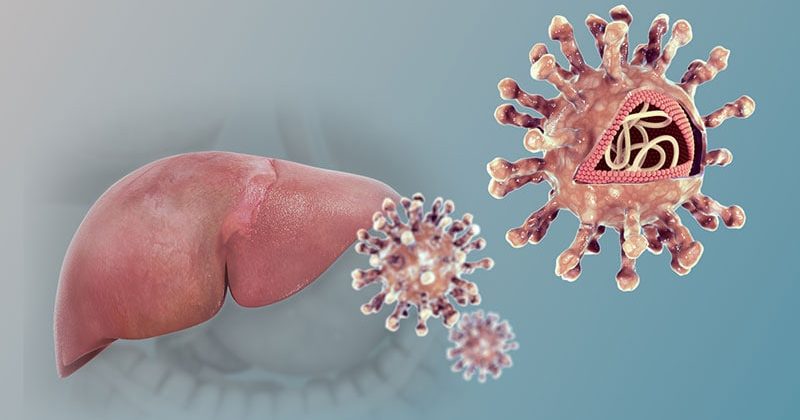 WASHINGTON, DC — “We don’t get to use the ‘eliminate’ word all that often with a disease that’s taking thousands or tens of thousands — or worldwide, hundreds of thousands — of lives every year, but we have that opportunity with hepatitis C.”

So said Francis S. Collins, MD, PhD, Special Projects Advisor to the Executive Office of the President of the United States, and former director of the National Institutes of Health (NIH), speaking at a special session outlining ambitious goals for a national plan to eliminate hepatitis C virus (HCV) infections by the year 2050.

The session was held here during The Liver Meeting, the annual meeting of the American Association for the Study of Liver Diseases (AASLD).

Collins labeled HCV a public health crisis, citing statistics from the Centers for Disease Control and Prevention (CDC) that show that the rate of reported acute HCV infection cases increased 400% between 2010 and 2020, with the highest rates among young adults aged 20-39 years.

In addition, an estimated 2.4 million people in the United States are living with chronic HCV infections, but as many as 40% of these people are unaware of their infection, despite broad recommendations for the screening of all adults aged 18 years and older, he said.

“Our goal is to try to do something to change this,” Collins said. He noted that for the past 8 years we have had highly effective oral agents that don’t just treat the disease but cure it — 95%-97% of the time, with only 8-12 weeks of oral therapy and relatively few side effects.

“A wonderful story, one of the most exciting stories that’s come out of biomedical research in the last couple of decades,” he said.

Yet Collins also acknowledged that the task of developing a national plan is daunting, despite that pharmaceutical triumph.

National pharmacy claims data show that the number of persons treated for HCV with direct-acting antiviral agents (DAAs) in the United States declined from a high of 164,247 in 2015 to 83,740 in 2020.

“We have a huge gap here between the ability to know you have the disease and to get treatment, and we don’t see the numbers here for the uninsured, or people in prisons, but they’re probably much worse,” he said.

Obstacles Abound, As Do Ways to Overcome Them

Current barriers to treatment include the aforementioned lack of awareness of infection, a “clunky” two-step diagnosis requiring an antibody test followed by an RNA or core antigen test necessitating three visits often separated by several weeks, and the high cost of treatment (around $90,000 per patient).

In addition, insurers commonly require proof that patients remain sober for extended periods, insist that treatment monitoring be performed by specialists only, and often approve treatment only for those patients who have documented evidence of liver damage.

“Does that make sense to you?” Collins asked. “You’ve got a cure for a liver disease, and you have to wait and show that the liver’s been damaged before you receive it?

Collins also pointed out that we’re dealing with hard-to-reach populations (underserved, uninsured, justice-involved), and people who are in tough times. “Anything that you put in the way as a barrier is going to make this worse in terms of its ability to be implemented,” he said.

To demonstrate how a coordinated HCV elimination program could work, Collins pointed to a Medicaid cohort study in Louisiana conducted from July 2019 through December 2021, in which 8867 patients started on therapy, 7763 (88%) completed therapy, and 5882 (66%) returned for testing. Of those tested, 5285 (90%) had sustained virologic responses.

Another model of a hepatitis C elimination program was provided by the Veterans Health Administration. They received funding for an effort for all veterans, and in the space of 7 years were able to reach out even to some of their difficult-to-reach populations and achieve high diagnosis and treatment rates in a way that could be a model for what we would want to do across the nation, Collins noted.

Also at the session, Jagpreet Chhatwal, PhD, director of the Massachusetts General Hospital Institute for Technology Assessment and associate professor of radiology at Harvard Medical School in Boston, described outcomes projected by a mathematical simulation model of the HCV epidemic that he and his colleagues developed.

The HEP-SIM (Hepatitis C Disease Burden Simulation) model evaluates HCV prevalence trends, the number needed to screen and treat to eliminate HCV, HCV-associated clinical outcomes, the cost of an elimination program, and the cost savings that could be realized from preventing long-term complications.

The model seeks to determine whether the upfront costs of a national HCV elimination program could be offset by savings down the road. Specifically, it assumes that within the next 5 years 1.31 million individuals would be diagnosed with HCV, and projects that within that time frame 1.52 million would need to be treated to meet HCV elimination goals. ­

The model shows that, compared with the status quo, a concerted campaign of screening and treatment would prevent more than 10,000 HCV-related deaths by 2030, and 91,000 deaths by 2050.

The cost savings associated with an HCV elimination plan would also be substantial, Chhatwal said.

According to the model, over the next decade the cumulative costs associated with HCV would decline by $14.2 billion compared with the status quo. Nearly 80% of those savings ($11.2 billion) would be in Medicare and Medicaid.

The total projected savings from 2024 through 2050 — in disease management, testing, treatment, and pragmatic costs — are estimated at $59.3 billion, Chhatwal said. ­­

“This is unprecedented,” he said. “We’re not just eliminating a disease as a public health threat, but also saving money, which is not a common thing. That gives us a lot of impetus to implement such a program.”

She noted that a large component and focus of the program will be working on diagnostic test development, but also accelerating bringing tests into the United States that are currently unavailable here. “These include point-of-care RNA diagnostic tests, as well as core antigen laboratory tests,” she said.

The program will be designed to offer broad access to curative anti-HCV drugs through a national subscription model that would make DAAs available to Medicaid recipients, justice-involved populations, the uninsured, and American Indians and Alaskan Natives who receive care through the Indian Health Service.

“On the Medicare and commercial insurance fronts, we’re still exploring different approaches, including potentially a co-pay assistance for Medicare beneficiaries, as well as working with commercial insurers to reduce barriers to access,” she said.

The program would also involve screening strategies extending to more settings, especially for high-risk populations, expanding the number of providers allowed to screen and treat HCV infections through telehealth, ensuring incentives for providers, and increasing the number of community health workers and case workers to improve linkage to care.

The next steps for the program would include funding to support the NIH’s RADx diagnostics program to accelerate access to testing, planning for the subscription model for DAA purchase, and launching pilot programs with the CDC, the Health Resources and Services Administration, the Substance Abuse and Mental Health Services Administration, and the Indian Health Service.

A Call to Action

Collins ended this portion of the program with an exhortation to AASLD members to do their part.

“We need your help,” Collins said. “This is a bold initiative, but it’s an opportunity. It’s even a responsibility. If we can actually succeed at this kind of outreach and save lives, and at the same time save money, how can we not do that?”

Neil Osterweil, an award-winning medical journalist, is a long-standing and frequent contributor to Medscape.