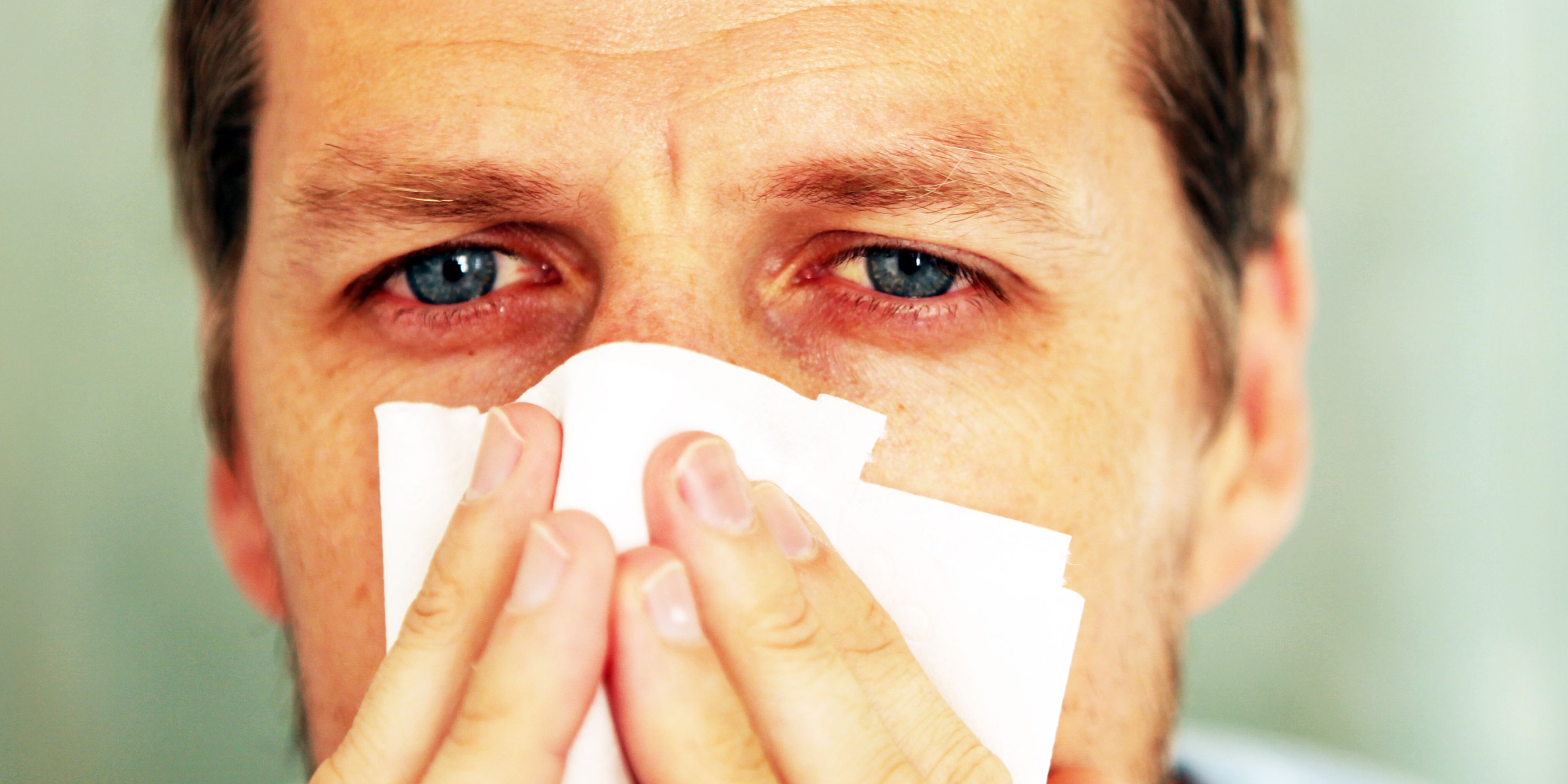 The season has its own unique list of cruel health threats that can ruin even the most meticulously planned getaway. Here’s how to avoid 10 of the worst and make this vacation your best.

Everyone knows bedbugs live in unclean bedding, but they can also thrive in planes, trains, theaters, coffeehouses, or anyplace with upholstered seats or couches that aren’t scrubbed or vacuumed regularly. Although bedbugs are more of an icky nuisance resulting in a minor rash, their bites can cause allergic reactions in some people. Bedbugs are like little vampires, lurking in the dark crevices of cushions and comforters, and can survive for more than a year without eating. Then they feast on human blood when you plop your ass down on or near them.

To avoid their wrath, look closely. Bedbugs are the size of an apple seed, and adults are reddish brown. Their poop shows up as dark, asterisk-sized spots that can soak into fabric. (They may also hang out around electrical sockets and window frames.)

So open the drapes in your vacation rental and use your phone’s flashlight to look for these telltale signs, says Neha Vyas, M.D., a family-medicine physician at the Cleveland Clinic. If your unit has a vacuum, run it over upholstered furniture and mattresses (especially under the bed). Wash bedsheets and use a dryer on high heat. Bedbug bites may not show up for a few days and often appear as a cluster or line of small red spots. Use soap and water to clean the area daily and apply anti-itch cream. If you’re at the beach, skip the thong until the rash subsides.

Research published in the Journal of the American Academy of Dermatology found that 44% of men never use sunscreen on their face and 42% don’t apply it elsewhere. And men are dying because of it: 66% of melanoma deaths occur in men, according to the most recent data from the CDC.

To protect yourself, wear at least an SPF 30 sunblock on your face every summer day, regardless of weather. For extended outdoor activities, imagine you’re a piece of drywall and paint yourself with two coats (so you don’t miss any spots). The best sunscreens block UVA and UVB light and contain Mexoryl SX, a compound that keeps the product from degrading quickly.

For some extra sun-protection fun, shield your arms with a set of fake-tattoo arm sleeves, like the ones from iToolai ($11 per five-pack from Amazon, buy it here). Made of slip-on stretchable fabric that provides some built-in sun protection, they come in a variety of colors and designs and — at least from a distance — look fairly badass. (Biceps not included.)

The backyard barbecue can be ground zero for E. coli and salmonella, says Steven Lamm, M.D., medical director of the Preston Robert Tisch Center for Men’s Health at NYU Langone. Grill “masters” can be lax about hygiene, especially after a few beers. Plu, party attendees may eat with their hands, food may sit out too long, raw meat and veggies may mix, cooking surfaces may not be adequately cleaned, and meat can be underdone. “I am really careful with hamburgers,” says Lamm. “I want those burgers cooked. Really cooked.”

To protect yourself, carry a $29 ThermoPop thermometer in your pocket. It looks like a lollipop and gives a temperature reading in three to four seconds, so you can be discreet. If your hamburger isn’t at least 160°F, tell your host you like it more well-done. In fact, give him a ThermoPop.

This life-threatening bacteria (methicillin-resistant Staphylococcus aureus) can live in gyms and locker rooms. But during the summer, you may find it on vacation in pool and beach changing rooms.

To stay safe, practice good hygiene. Don’t walk barefoot in any of these areas, clean gym equipment with antibacterial wipes before using it, and place a towel on benches before sitting, especially if you have any small cuts or open sores, which are open doors for bacteria.

Also, try to avoid touching your face. MRSA can live in nasal passages, says Vyas. Never linger in workout clothes, either. Shower, then put dirty laundry in a plastic bag, not in your gym bag, where bacteria festers.

If you notice a small skin bump that gets red, swollen, warm, painful, or turns into an abscess, seek medical attention, especially if you have fever. A doctor will send a culture to a lab or do a staph DNA test to check for MRSA. Antibiotics can kill it, but you may need a procedure to drain the infected area.

These pesky mites thrive in high humidity, and while they’re primarily spread by lengthy skin-to-skin contact, they can burrow into your epidermis while you’re sitting in an airplane, bus, or rental-car seat where someone with scabies recently sat. You can also pick them up from a massage table with sheets that haven’t been properly cleaned. The resulting rash is super itchy, commonly appearing on wrists, elbows, armpits, genitals, nipples, and buttocks up to four to six weeks after you contract it (or one to four days if you’ve had scabies before).

The easiest way to protect yourself is to keep skin (hands, feet, and backside) covered when traveling or using public transportation. Then immediately wash your travel clothes in hot water and dry on high heat.

Although this GI bug, which can be highly contagious and debilitating, is usually associated with cruise ships, it can also ruin a perfectly lazy weekend of swimming and fishing. If someone carrying the virus—typically a kid—poops or yaks in the water, it can spread to others who accidentally ingest it. “It happens in lakes and ponds more than oceans because the water is warmer in summer and more stagnant,” explains Vyas. The symptoms, which strike 12 to 24 hours after exposure, include nausea, diarrhea, vomiting, slight fever, and head-and-body aches that can last for 3 days.

To protect yourself and your family, check the websites of the recreational area you’ll be visiting and the local health department to see if there have been any outbreaks. Remember, too, that the more popular the spot, especially with families, the greater the chance of infection. And the simplest advice of all: Keep your mouth closed while swimming and resist the urge to squirt water through your teeth.

To cut your chances of getting stung this summer, avoid wearing cologne or using any floral-scented skin or hair products. Always pour your beer or sweetened beverage into a glass or cup rather than slugging it from a can or bottle, where bees might be surreptitiously backstroking. “A bee that is swallowed can cause dangerous airway and esophageal swelling,” says Robert Glatter, M.D., assistant professor of emergency medicine at Northwell Health.

If you get stung elsewhere, apply ice, then hydrocortisone cream, and pop a Benadryl to reduce itching and swelling. “Try not to rub the area, since this can spread venom from the stinger,” says Glatter. Don’t use tweezers to yank it out; that can release more bad stuff. Instead, scrape it off using a credit card or fingernail.

Before going barefoot this summer, consider how many stray cats and dogs might be roaming the area. “Animals without proper care and not seen by a vet will shed hookworms through their oral cavity and poop,” says Vyas.

If you step in feces or pet or nuzzle a stray, you can pick up the larvae, which burrow into skin. Symptoms include itching and linear raised tracks. “You can actually see the little worm under the skin,” she says. This will resolve on its own after a few weeks, but albendazole can also help.

Winter colds are typically triggered by one of 160 strains of rhinovirus, which flourish in colder weather. Summer colds, however, are usually spawned by enteroviruses, of which there are more than 60. The two types can be similar symptomatically, but psychologically the summer cold might seem worse because it hits at a time of year when it’s least expected.

To stay healthy, the usual good-hygiene advice applies, but here’s something else: Vacation travel often compromises sleep (jet lag, late nights), which weakens the immune system. In a study published in the journal Sleep, a version of the cold virus was given to people via nasal drops, then everyone was quarantined to see who got sick. Thirty-nine percent of those who slept six hours or less got a cold, but only 18% of those who slept more than six hours did. Do what you can to stay well rested.

The moon is full, and so is the motel hot tub. So why not sneak away for a relaxing soak with the missus after the kids have passed out?

First, no matter how novel that idea seems, it’s highly unlikely you’re the only person to do so after a long, hard, sweaty day of vacationing, which makes it a rather unsavory soup to soak in. But also concerning, says Lamm, is that you can get pseudomonas folliculitis. That’s a nasty rash caused by the pseudomonas bacteria, which thrives in hot tubs and heated pools where the chlorine and pH levels aren’t maintained carefully. “It’s like having acne all over your body,” says Lamm.

Beyond testing the water yourself, which kind of ruins the mood, there’s no way to know if the bacteria is in there. And if you’re thinking of hot tub sex, remember: Condoms can fall off in water, and chlorine can damage the latex, making your protection less effective. Also, water is not a great lubricant, and you could get irritation, notes Lamm.