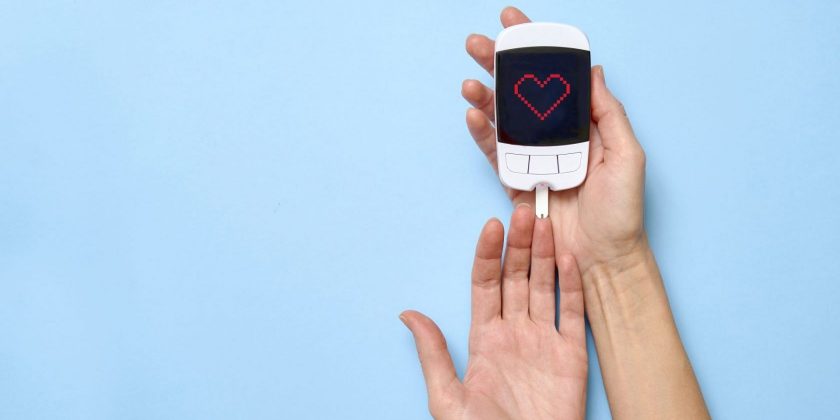 Type 2 diabetes among the under-40s is on the rise, a leading charity warned recently. But why is early-onset diabetes increasing, and what can we do to prevent it?

Chris Askew, the charity’s chief executive, describes that forecast as “incredibly troubling” – telling Stylist that “it marks a significant shift from what we’ve seen historically”.

Usually a midlife diagnosis, experts are warning that being diagnosed with the disease during adolescence or early adulthood is more likely to produce adverse outcomes for diabetic and heart health.

What’s the difference between type 1 and type 2 diabetes?

There are two types of diabetes:

People often find out they have type 1 diabetes, an autoimmune condition in which your body can’t make insulin, early on in life. It’s a life-long disease that requires shots of insulin to manage.

Type 2 diabetes is usually something people develop over time and is often (although not always) linked to lifestyle. Again, your body can’t make enough insulin or the insulin it produces doesn’t work properly. Management techniques can include a change of diet, medication such as metformin and exercise regimes.

Of all the people living with diabetes in the UK, about nine in 10 have type 2.

Esther Walden, a specialist diabetes nurse and a senior clinical advisor at Diabetes UK, believes that several factors are at play.

“There are several factors potentially having an impact on the growing numbers of young people living with type 2 diabetes, including rising childhood obesity rates, people not meeting government-recommended physical activity targets (150 minutes of moderate-intensity exercise a week) and the stark health inequalities that exist in parts of the UK.”

Factors like these are only set to intensify as the cost of living crisis hits. An ONS survey last week found that 58% of people in deprived areas are spending less on food and essentials this winter due to rising prices. Meanwhile, a recent 8,000 person study found that almost half of women in the UK don’t do regular exercise anymore, with 47% saying that they’ve done no vigorous weekly exercise, such as jogging or gym classes, in the past year.

Shannon Ball, 26, was diagnosed with diabetes about 10 years ago while she was in college. She experienced most of the classic ‘four Ts’ symptoms of undiagnosed type 2: going to the toilet a lot, getting thirstier and feeling more tired more often.

“After college, I’d fall asleep on the couch, and my nan would find it really hard to wake me up,” she recalls.

Ball was still in college when she got the diagnosis, and she says that the process was made easier by taking someone with her to that initial appointment: “I was happy that my nan was there in the appointment because there was a lot of information to take in. She asked on my behalf, ‘Oh, what did this mean? What did that mean?’”

After diagnosis, Ball felt overwhelmed and depressed. She found meal planning particularly difficult. “The mental side of things took a real hard turn for me. It was a weight on my shoulders. I went down into a depressive stage,” she says.

“At first, thinking about what to cook was pretty scary as I worried how different foods might affect my health.”

She also worried about being judged and said that stopped her from opening up at first. “I was quite private,” she says. “It took a while for me to even come around to my diagnosis. I had to take pills at college and if anyone ever asked I would just say, ‘Yeah, it’s for a medical condition.’ I didn’t say what I had.”

Type 2 diabetes may be on the rise for under-40s, but given the fact that it’s a disease often tied to older people and their lifestyle, it can be difficult for younger women to open up about their diagnosis.

Ball says that she found community and hope in online forums, where she was able to connect with young people going through the same thing as her.

“Discovering that I wasn’t the only one who’d gone through a phase of depression or anxiety about food was really important,” she explains. “It really helped knowing that other people had been in that headspace too.”

Over time, she’s felt empowered to start raising awareness of type 2 diabetes in a bid to help others struggling to come to terms with their new health reality.

How to reduce your risk of developing type 2 diabetes

Walden says that preventing diabetes is likely to fall in line with what people are already doing to protect their health: eating healthily and staying active.

But, she notes, people with Black African, Caribbean or South Asian heritage may run a higher risk than others of developing diabetes. Women living with metabolic conditions like PCOS may also have an elevated risk, so it’s worth being aware that it’s not always down to lifestyle factors.

“Know your risk,” Walden advises. “This is particularly important as ethnicity and genetics play a part, and using a validated tool will take account of these factors. Once you know you’ve got an increased risk, seek help from your GP who can refer you to a Diabetes Prevention Programme.”

They might recommend making small nutritional tweaks, help you to increase your physical activity and prescribe stress management if necessary.

Type 2 diabetes can be managed into submission

The really important thing to be aware of is the fact that this disease is both preventable and treatable. In fact, nail your management and you can send your diabetes into remission. That doesn’t mean you’re permanently ‘cured’, but it does mean bringing your blood levels to a ‘normal’ range that will no longer require medication.

While more research is needed on the topic of remission, most charities and experts agree that lifestyle changes can help to drive blood sugar levels down. And once you’re in remission, the challenge is to stay there.

If you think you might be at risk of type 2 diabetes, speak to your GP about getting a diagnosis.