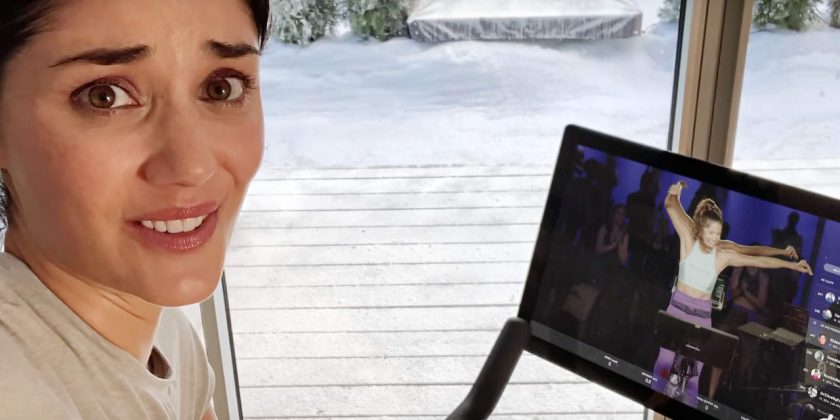 The tagline is “the gift that gives back.” But if the internet is anything to go by right now, the Peloton bike is giving nothing but grief. Or, at least, its latest ad is.

Released by fitness-equipment startup Peloton on YouTube on November 21 and subsequently on television, the ad shows a fictional woman’s yearlong selfie diary after her partner gifted her a Peloton bike for the holidays.

The biggest gripe from social media users? She’s already slim (like, super slim) yet puts herself through 6 a.m. wakeup calls and works out on the bike five days in a row.

At the end of the 30-second ad, she sits on the couch with her partner to watch her entire selfie diary, with the 1999 hit “She’s So High” from Tal Bachman playing in the background.

“A year ago, I didn’t realize how much this would change me,” the selfie-version of the woman says as the couple watch. “Thank you.”

Unsurprisingly, Twitter users found plenty of reasons to call Peloton out, mostly because this particular woman really, really doesn’t need to be a slave to her Peloton, according to commenters.

Then there are those who think the woman's partner is um, slightly controlling.

Which gave rise to various ideas for how to pay him back.

This isn’t the first time Peloton has been scorned for their advertising, which in a word is considered unrealistic.

That’s not all. Viewers are also venting about the ad format, which seems to try to combine an Instagram Story with a traditional commercial—without much success.

Ultimately, people expect more from their festive ads. Of course, it’s all about getting the right eyes on your products. There must be someone out there who loves it.

Anyone?To get our top stories delivered to your inbox, sign up for the Healthy Living newsletter