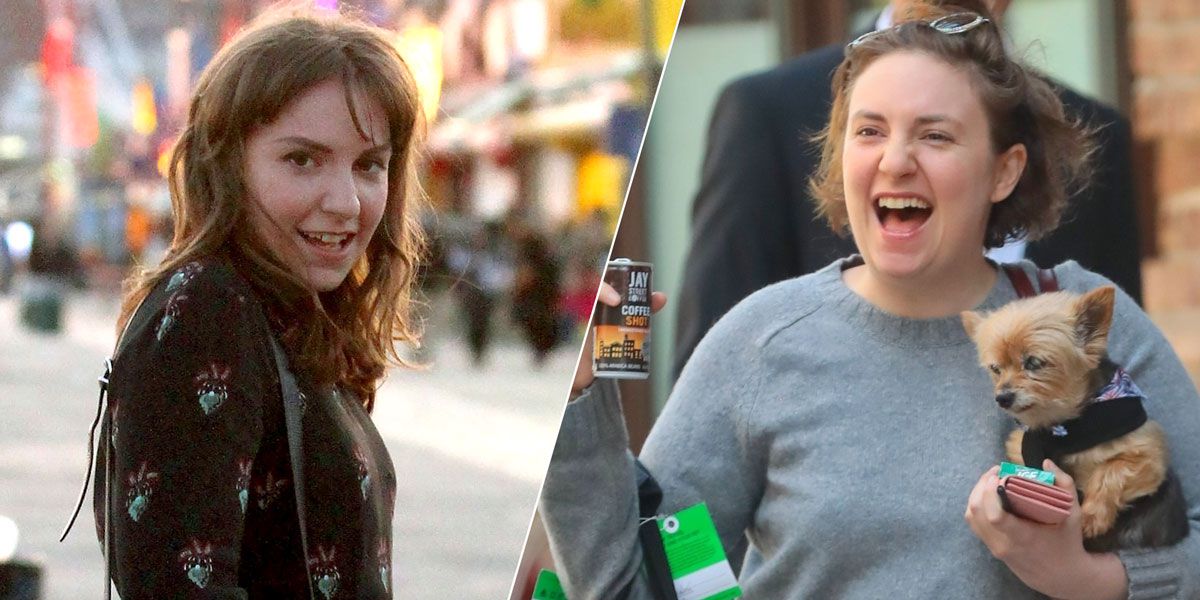 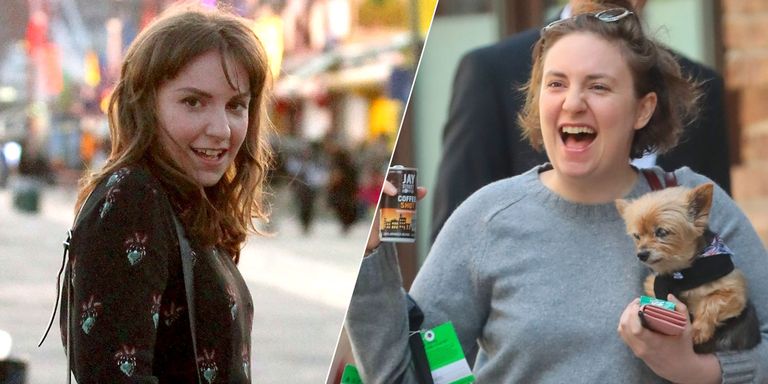 In side-by-side photos Lena shared on Instagram today, the writer, actor, and activist celebrates how she’s gone from “sick in the head and tissues” to “happy, joyous, and free.” The post received upward of 200,000 likes in its first hour—way more than Lena’s typical Instagram cameos, which tend to rack up about 18,000 likes over the course of weeks.

On the left: 138 pounds, complimented all day and propositioned by men and on the cover of a tabloid about diets that work. Also, sick in the tissue and in the head and subsisting only on small amounts of sugar, tons of caffeine and a purse pharmacy. On the right: 162 pounds, happy joyous & free, complimented only by people that matter for reasons that matter, subsisting on a steady flow of fun/healthy snacks and apps and entrees, strong from lifting dogs and spirits. Even this OG body positivity warrior sometimes looks at the left picture longingly, until I remember the impossible pain that brought me there and onto my proverbial knees. As I type I can feel my back fat rolling up under my shoulder blades. I lean in.

More than a year has passed between the photo on the left, taken in April 2017, and the one on the right from yesterday. And although Lena references her 24-pound weight gain, she says her real journey involves all the ways she’s better off today, regardless of her appearance.

Although Lena says she used to live on sugar, caffeine, and a purse full of meds, now, she wrote, her MO involves fun and healthy food, and strength derived from lifting dogs and spirits. In the shot from yesterday, she’s “complimented only by people that matter for reasons that matter,” she wrote—and really, what more could you ask for?

Although Lena sometimes does look at her old photos longingly, she wrote, it’s only “until I remember the impossible pain that brought me there and onto my proverbial knees.”

The self-proclaimed “OG body positivity warrior” has spoken out against tabloid headlines that once glorified her weight loss triggered by anxiety and health issues, which called for a total hysterectomy in February.

20 slimdown diet tips! 1. anxiety disorder * 2. resultant constant nausea 3. an election that reveals the true depths of American misogyny 4. constant sweaty dreams of dystopian future 5. abdominal adhesions pinning ovary below uterus * 6. baseless but still harrowing threats to physical safety online and through smail mail 7. watching institutions you love from Planned Parenthood to PBS be threatened by cartoon mustache-twirling villains 8. finally realizing superheroes aren't real (specifically the X-Factor, really thought they'd handle this) 9. marching your ass off 10. a quiet rage that replaces need for food with need for revenge 11. sleeping 19 hours a day 12. realizing that even the liberal media wants dem clicks no matter whut 13. worrying ceaselessly about the health and safety of women you know and women you don't 14. realizing who ya real friends are 15. having to switch from Uber to Lyft (lots of calories burned trying to understand a new app, then even more trying to understand if the conflict was resolved) 16. bladder spasms, urinary frequency and urgency * 17. having your phone number leaked and violent images texted to your phone by randos under names like [email protected] 18. keeping your back arched against the wind 19. um, who the fuck cares? 20. I have no tips I give no tips I don't want to be on this cover cuz it's diametrically opposed to everything I've fought my whole career for and it's not a compliment to me because it's not an achievement thanx * Star indicates a pre-existing condition

After being been shamed for weighing too much, losing weight, and posting underwear selfies, Lena sounds more empowered than ever, trolls be damned.

“As I type I can feel my back fat rolling up under my shoulder blades. I lean in,” she wrote.