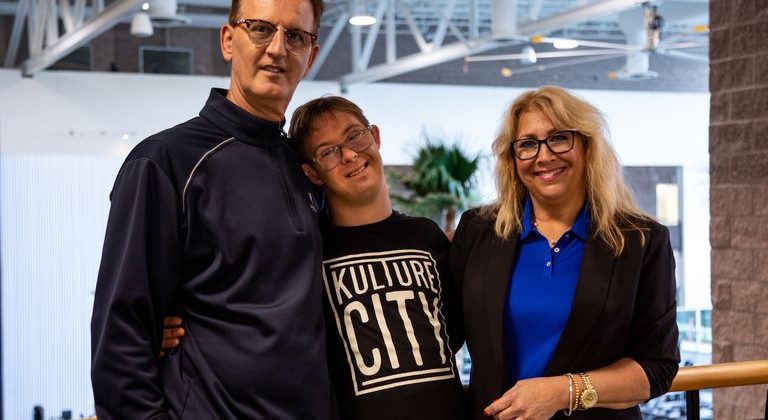 Earlier this month, Chris Nikic, 21, was honored with the Jimmy V Award for Perseverance at the ESPY Awards for his accomplishment as the first athlete with Down Syndrome to complete an Ironman triathlon. He finished the Panama City, Florida, event back in November 2020.

His speech went viral when he said, “It’s easy to make excuses and quit. I don’t do excuses. I don’t quit.”

Nikic didn’t quit that event—and he’s not done tackling challenges, either. He’s currently training for the Ironman World Championship alongside his trainers Dan Grieb and Marquis Johnson. The race will take place in Kona, Hawaii, on October 9, 2021.

“This morning I did three hours on the Smart Trainer,” Nikic says. “On weekends I ride my bike 100 miles. On Friday I swim 5,000 yards, and on Sundays I run 18 miles. And on Sunday nights, I have [the] biggest bowl from Chipotle!”

Nikic is a huge fan of the chain, sometimes grabbing his signature order twice a day. That’s a double chicken (on the bottom first), followed by double rice (both white and brown) black bean and pinto beans, veggies, queso, salsa, corn salsa, cheese, and guac.

Once he finishes his next Ironman race, Nikic plans to shift gears into running races. He’s already logged 26.2 miles as part of his triathlon, but for his first running-only event, he’ll take on the New York City Marathon in November 2021.

Nikic be running for the charity KultureCity with the KCFit team. The organization creates sensory inclusion and accessibility opportunities for those with invisible disabilities and sensory sensitivities experienced by individuals with autism, dementia, PTSD and other similar conditions. 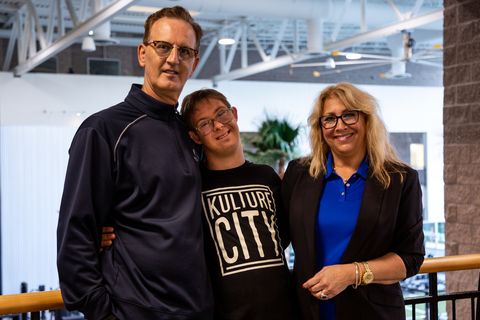 “For Chris, his lifelong mission is to promote inclusion and create opportunities for others who aren’t necessarily involved in something like this,” says his father, Nik Nikic. “He couldn’t be more excited.”

Chris has a goal of running the marathon in 3:21, an ode to Trisomy 21 (three copies of chromosome 21), the genetic variation that causes 95 percent of Down Syndrome cases.

Chris plans to “run more and run faster” for his marathon training. He prefers to run on the treadmill, where he more easily can control the speed and pace, and also keep an eye on his heart rate.

When he’s not training, Chris enjoys playing video games (he’s a fan of NBA 2K17, explaining that he doesn’t like the newer editions), watching NBA highlights on his iPad, and catching episodes of Arrow.

For now, though, he’ll keep up the hard work. As he said in his ESPYs speech, he just gets one percent better, every day.