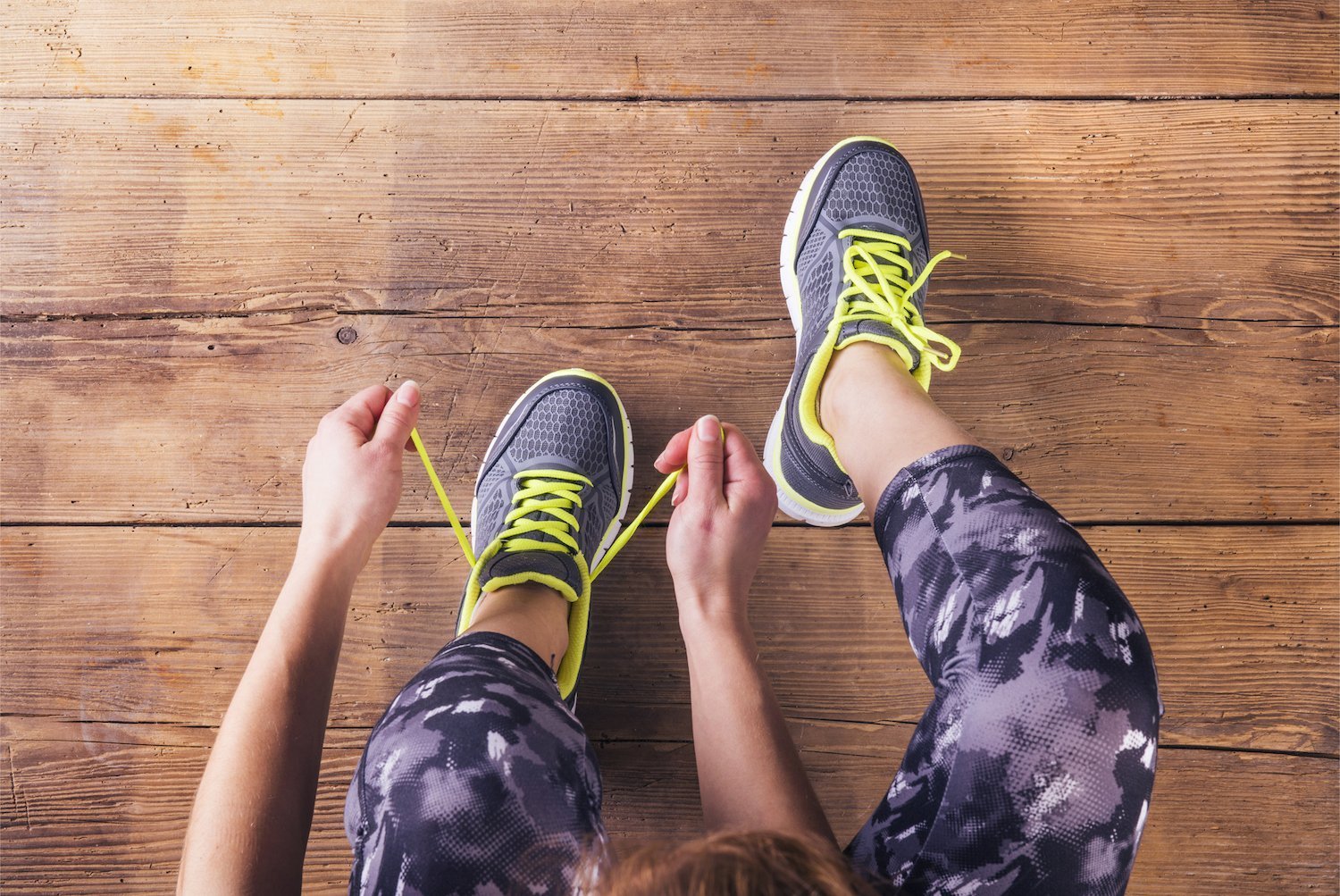 How late is too late to start training for a run? Should we be smashing a bowl of pasta the night before a race? Where do we even BEGIN to start training? Yep, we have plenty of questions when it comes to anything running related. So we decided to ask an expert, running coach Ryan Mannix, to share his best tips on preparing for a big race.

The biggest mistake that people often make when training for a race is lack of structure and therefore consistency. Finding a program or some training structure to base your week around is key to staying consistent.

Without structure, it’s too easy to skip days and miss sessions when the week gets a little busy. But with structure, you plan the day around the training so that it gets done. Training is a slow burn. You need to be consistent over many weeks in order to get the fitness adaptations and therefore run easier and faster.

With a lack of structure, some runners will try and cram as many sessions as they can in the last couple of weeks before the race and therefore either get injured or too tired to race. So stay consistent and have a plan of attack for the week.

Depending again on the distance and or level of runner, I would still say there for everyone, there are some key ingredients in a week of running:

The long run. Just an easy pace that is comfortable to hold a conversation. If you are starting out, this might be a walk/ run. If you have been running for a while it might be a continuous run for 60-90 minutes.

It’s important to build up some tolerance to weight baring activity and also important in building aerobic fitness.

Some interval training. This might include some hill reputations, some faster running for a short period or some faster laps of a track. Interval training is a great way to get you moving quicker and smoother and at the same time help improve the top end fitness. Things like hill runs can also be great for building strength. It doesn’t have to be many repetitions, perhaps only 4-8 faster runs after a warm up is sufficient.

A negative split run. Here you are trying to finish your run faster than you started. So you might run out for 20 minutes and back in 18 minutes for example. This not only helps with getting pacing right, but also gives you a mental edge in finishing strong.

Ideally the training should be evenly spread throughout the week. Rather than just run three days consecutive and then the rest of the week off. It will give you a chance to recover and get the most benefit.

You can also add in some sessions like yoga, which is great for lengthening muscles and staying mobile and some strength training, which will help reduce injury and maintain good running form.

Don’t try to play catch up

Depending on how far the race is and how long you have been running for prior, I’d say the minimum would be 6 weeks. If its a longer run, like a half marathon, you would probably look at wanting at least 10 weeks.

Just remember, if you are starting a little later than expected, don’t be in a rush to catch up to those that may have started training weeks ago. Do your best to run a few times per week and at least get comfortable running and build up some tolerance so that you don’t feel sore after every run. This only takes a couple of weeks.

This is a topic that has a wide range of opinions and views. I always say to keep it simple. The week leading into the race, you should try to eat foods that are already a part of your diet, rather than to experiment with different foods.

The night before a race, don’t get stuck in the mindset that you have to eat a huge bowl of pasta. This will only leave you waking up feeling heavy and lethargic. Eat something that doesn’t leave you feeling too full. A meal that contains carbohydrate, protein and some vegetables or salad is a good choice.

Before the race, you don’t want to have anything again too heavy. I like to eat a banana or something light at least two hours before the race, so that its digested when I start. Staying hydrated before the race is also something to keep in mind. So keep sipping water right up to the start.

After the race, it’s good to eat something within 45 minutes of finishing. Depending on how far the race has been and how you are feeling, eating some fruit soon after and again rehydrating is key. Waiting until you get to the cafe, order and then eat, is probably to long a time. So having a snack is a good practice for recovery. Make sure you head over to the recovery tent and get some cut fruit and liquids after the race.

Ryan is a ‘running coach’ for Run Melbourne presented by lululemon, taking place on Sunday 29 July. The event includes a Runners World Half-Marathon, a Bulk Nutrients 10km run and a 5km run. To register or for more info, visit www.runmelbourne.com.au.