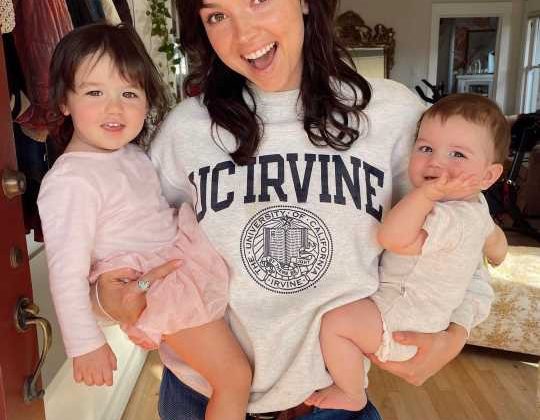 The reality star, 25, shared with her Instagram followers on Monday that she is entering her "very last semester" of her undergraduate program at the University of California Irvine. Martinez recaps her educational path, which saw several pauses along the way, including when she was cast on The Bachelor and when she became pregnant.

"It's been a slow, hard eight year journey, and I'm so close to the finish line," she says. "I first started at UC Irvine in 2013, fresh out of high school. I had plans to be an elementary school teacher or an art teacher, and began pursuing my BFA. I dropped out in 2015."

"I was really depressed and felt so alone. I moved back to my hometown to live with my parents and hit the refresh button," continues Martinez. "Over the next few years I took classes at a couple different community colleges, applied to transfer to UCLA’s art program, and got rejected."

"Then I went on The Bachelor," says Martinez, who appeared on season 22 of the reality series with Bachelor Arie Luyendyk Jr.

"Then I got pregnant after dating my boyfriend for three months," she adds, recalling conceiving her first child, daughter Ruth Ray De La Luz, now 23 months, with boyfriend Grayston Leonard. "Having my first little one on the way gave me a huge boost of motivation."

With the post, Martinez shared throwback photos of herself with her baby bump in 2018, re-enrolling at UCI. She says she then "finished that semester 8 months pregnant with Ruth."

"I took a semester off to give birth and take care of my newborn. I went back when Ruth was 7 months old," she recalls. "Then I got pregnant with Franklin. The pandemic happened; I finished out the spring semester taking classes on zoom at 39 weeks pregnant."

"So finally…here we are. 2021. I have two classes left, I've gained two babies along the way, and I'll be able to say I did it. This spring I'll have my college degree," concludes Martinez. "I'm so damn proud."

Martinez — who welcomed her second child, son Franklin James, on June 19 — answered fan questions on Instagram last summer, when she recalled the initial struggle in becoming pregnant at the early stages of her relationship, describing the time as "so f—ing hard."

"Wanted to break up a million times. it sucked," she wrote at the time. "I felt guilty for wanting to end the pregnancy initially. i worried my child's parents would hate each other. but we made it. and came out stronger than ever."

She also shared how back-to-back pregnancies impacted her, noting that she plans to take a bit of a break before she welcomes any more new additions.

"It's nice to have *just* gone through the newborn stage and stuff last year because i feel used to it and prepared and i still have all the gear," Martinez continued. "And i'm hopeful they'll be super close with each other as they grow up together only a year apart :)"