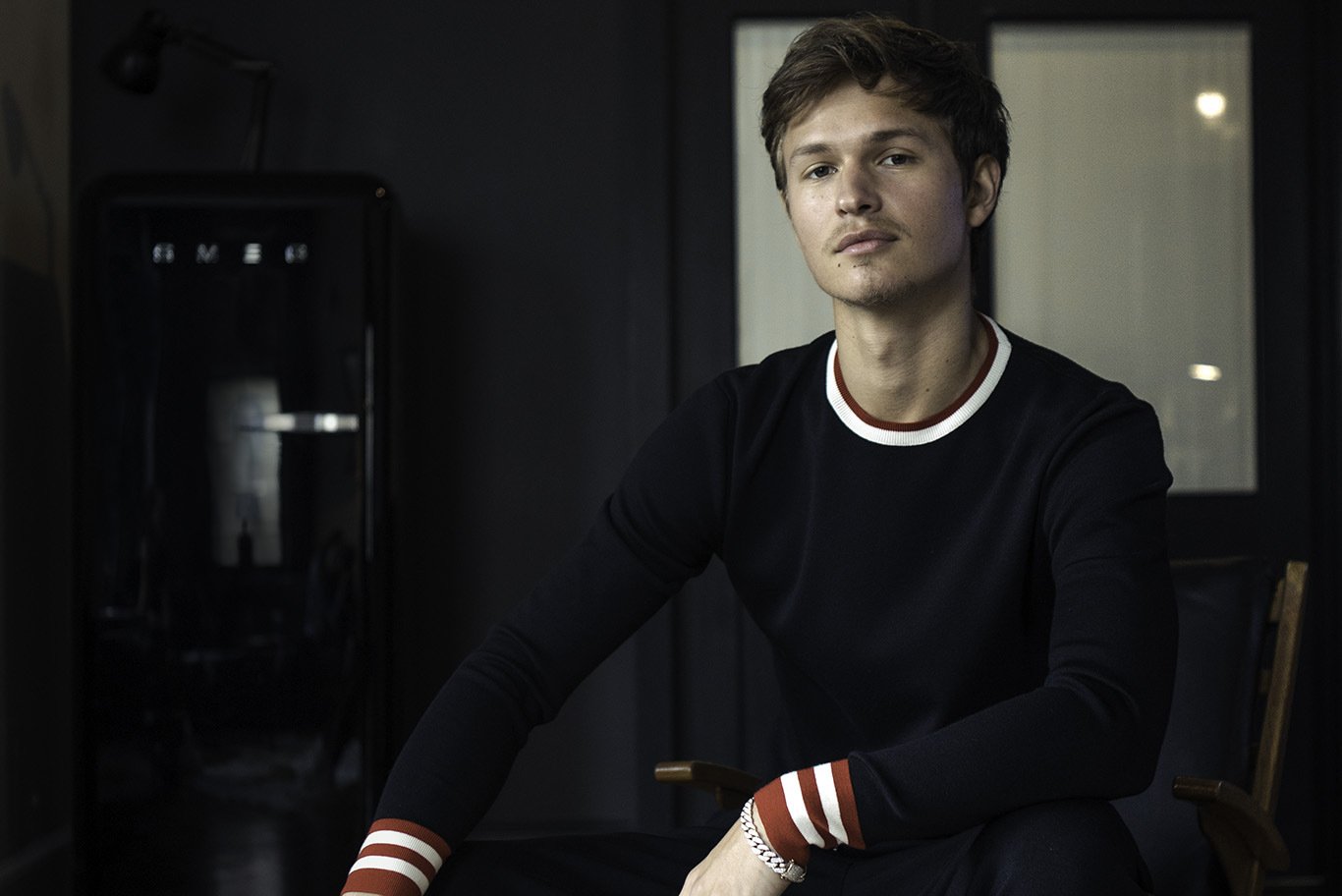 Ansel Elgort is revving up for Ralph Lauren's newest fragrance.
The actor-musician-DJ, who received a Golden Globe nomination for his starring role in 2017's "Baby Driver," is the new face of Polo Red Rush, the fourth addition to the Polo Red franchise. Elgort's casting as the new global ambassador is part of a larger strategy by Ralph Lauren Fragrances to cast people who embody "the individual personality of each fragrance," according to global deputy manager Ginny Wright. Also, Elgort is seen targeting an audience Wright called the "hardest to reach": Millennial men.
"They have different values and interests. We’re looking at those music lovers, people who are car enthusiasts, as well as female gift givers ‘cause that’s a huge part of the men’s fragrance business, too," Wright said, characterizing the 25 to 35 crowd as a "huge group."
According to a recent report from NPD Group, both Polo Red and Polo Blue are among the top 10 men's fragrance parent brands ranked on dollar sales, with Polo Red at number seven and Polo Blue at number eight. Asked if she's at all concerned about Red Rush cannabalizing the other offerings, Wright maintains that the fragrance is geared toward "a different demographic and psychographic." She declined to offer sales projections, but industry sources estimate Red Rush will pull in $100 million in retail sales in its first year.
"We have a very loyal customer, so the Polo Red customer stays with us and has maintained a top 10 since its launch," she said. " will bring a new consumer into the brand."
Infused with red mandarin, fresh mint and red coffee fine-tuned with cedar wood, Red Rush is a new interpretation of the Polo Red scent, which launched in 2013. Red Rush will make its U.S. debut on Aug. 1 with a global launch to follow in 2019. It will be sold at Macy's and Ralph Lauren stores, as well as online at macys.com, sephora.com and ralphlauren.com. Prices range from $50 for a 40-ml. bottle to $85 for 125-ml.
Recognizing that Millennial men are forever on their phones, Ralph Lauren will roll out a series of digital assets — "mini-storytelling" moments — in addition to more traditional print and TV advertisements tied to the U.S. launch. Three different crews dedicated to capturing social media content were on the set of the campaign shoot, according to Wright, who added that they are also looking to partner with music festivals, streaming services and high-profile DJs, as the Millennial man "spends 80 or 90 percent of his time to music through Spotify, iTunes."

Set in Los Angeles, the campaign video features Elgort and model Alanna Arrington, who portrays a DJ and Elgort's love interest. After meeting in a club, the two race to the desert, where they ultimately jump off of a cliff. Elgort, who was a co-collaborator on the storyline, said the decision for Arrington to jump off of the cliff first was inspired in part by his girlfriend, ballerina Violetta Komyshan, who "would also be the first one to jump off the cliff."
Elgort's single "Home Alone" serves as the soundtrack to the video, which also draws on his newfound love for vintage cars. Having grown up in Manhattan, he learned to drive in the Hamptons and now exclusively drives a stick shift — "that's because of 'Baby Driver.'" His growing car collection includes a Jaguar F Type, the Subaru WRX he drove in "Baby Driver" and a red Mustang. He has yet to meet Lauren, who possesses a museum-worthy collection of vintage racing cars, but "would like to go driving with him."
Elgort, whose aunt is a former Ralph Lauren model, said he started wearing cologne every day in middle school — and even at summer camp, in hopes of meeting girls. "It was a theater camp, so there were a lot of girls around," he said. "When you’re young, summer camp is the place where you have your first experiences. So if someone else has cologne, they smell better than you, you got no chance."
More from WWD.com:
Ralph Lauren to Celebrate 50th in Central Park
Source: Read Full Article