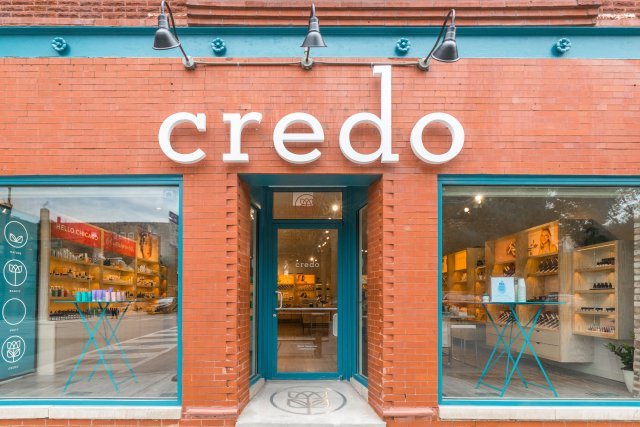 Dawn Dobras has taken the helm at Credo Beauty, the clean beauty retailer started by Sephora veterans Shashi Batra and Annie Jackson in 2015.
For Credo, Dobras is thinking big. "We sit here as a leader in clean beauty," she said. "When I think about that and this as a company, we're going to be big. There is not a niche play, this is not something for just the high end of a few markets. The industry is slow, and the danger for the industry is not recognizing that consumers don't want to put harmful chemicals in their bodies."
While she declined to discuss specifics of Credo's expansion plan, she did say that, for now, she's focused on learning from the retailer's first eight locations and planning to "double down" on what is working in those stores, noting they are seeing double-digit comparable sales.
"We're ambitiously looking at growth, both on the retail expansion side, as well as on the digital side," Dobras noted. Credo is gathering information about the Asian market to look into expansion possibilities, but doesn't have formal plans for international outposts plotted.
"We've started to do information gathering around Asia, but it doesn't feel like clean beauty is as strong a priority in Asia," Dobras said. "I look at the U.S., and we ship across the country to every single state — we're growing like a weed. There's a ton of room for us to be aggressive on a real estate footprint as well as a digital footprint."
Since Dobras joined the business, Credo has said it will tighten its standards for clean beauty. The business issued new Brand Standards in June that include an update Dirty List — the list of banned product ingredients — as well as manufacturing practices, ingredient purity, disclosure of fragrance ingredients and packaging. Brands in the assortment have until October 2019 to comply.
So far, Dobras says the store has gotten positive feedback from the initiative.
Dobras is Credo's first chief executive officer since Batra died in mid-2017. Jackson has been running the business as chief operating officer. "As a right-hand person for me, I couldn't dream of a better partner," Dobras said of Jackson. "What I bring are things she doesn't have experience in — I've worked more on the digital side."
Dobras started at the Gap in the Mickey Drexler days, spending time across strategy, marketing and merchandising before moving to the team that launched oldnavy.com. She's also worked at a series of start-ups, including Decorist, an online interior design program that Bed Bath and Beyond acquired in 2017, and Zobha, a luxury yoga wear business.
Source: Read Full Article