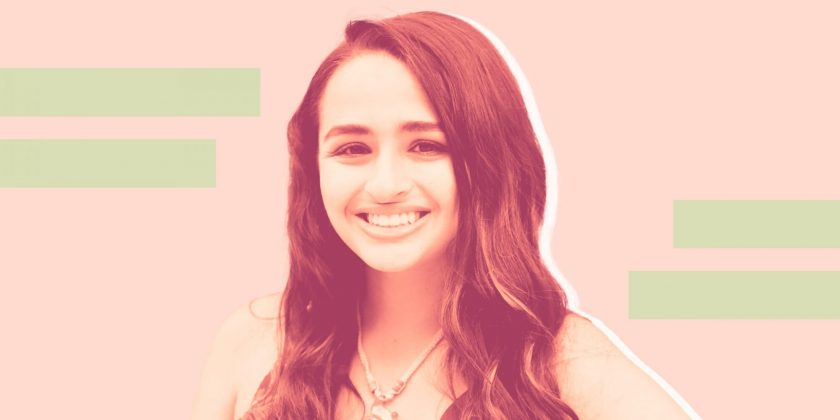 Jazz Jennings is opening up about her struggle with binge eating disorder (BED). In an Instagram post shared Saturday, the 20-year-old I Am Jazz star got candid about her experience with BED, revealing the impact the condition has had on her.

"As many of you have noticed, over the past few years, I have gained a substantial amount of weight. I suffer from binge-eating disorder, a disease in which I'm not only addicted to food, but I eat it in large quantities," she wrote. "My binging, along with an increased appetite I experience from some of the meds I'm on, has caused me to gain almost 100 pounds in a little less than 2 years."

Jennings posted an older and newer photo, side-by-side, to show the change.

Weight fluctuation is common with BED-an eating disorder characterized by repeated episodes of eating an amount of food that is more than what other people would eat in the same short time frame (usually within two hours). During these binges, a person feels a loss of control-as though they can't stop eating or manage what or how much they're eating. Because BED can lead to weight gain and obesity over time, a lot of the health risks that come with BED are the same health risks that are associated with obesity, according to the National Eating Disorders Association (NEDA).

The LGBTQ+ activist explained why she chose to publicly address her weight gain and BED diagnosis. "I'm posting this photo because it's time for me to address my weight gain and hold myself accountable. I'm ready to change my ways; I've been saying I'm ready to turn over a new leaf, but I'm running out of trees now. I'm ready to take the initiative and create positive changes when it comes to my health and body," Jennings wrote.

Her comments filled with support. "You are so resilient and can do anything you put your mind too. I believe in you and will be by your side every step of the way," her 22-year-old brother Sander Jennings wrote. "Deciding you're gonna do it and believing it is so important!" blogger Perez Hilton said. "Sending you love and support Jazz. We are cheering you on!" journalist Katie Couric commented.

In their messages of support, some people mentioned that they too have had BED, with one saying, "Please reach out if you need a friend who's been through it." Jennings is certainly not alone in her journey with BED. In fact, BED is the most common eating disorder in the US, according to the NEDA.

This is not the first time that Jennings has spoken about her binge eating. She had previously explained how she had to change her outlook on food so that she could lose weight before getting approved for gender confirmation surgery in 2018. "I had to look at food as something different than what I was looking at it as. Because I used food as a comfort for my emotional struggles. I was a binge-eater. It was really bad," she had said at the time. "I would go to McDonald's, get 20 chicken nuggets, three chocolate chip cookies and a large fries. I really had to stop doing that and realize that was so unhealthy and I need to take care of myself."

Turning to food for comfort as a coping mechanism to deal with negative emotions is one of the risk factors for developing BED. But here's something to keep in mind: BED is not a lack of willpower. That's a common misconception, Debra Safer, MD, an associate professor in the Department of Psychiatry at Stanford University and the co-director of the Stanford Adult Eating Disorders Program, previously told Health-but it's certainly not the case. "People [with BED] have a ton of willpower in so many ways in their lives," she says. Their condition is complex, with biological, psychological, and societal underpinnings, she explains. "But it's not a choice," Dr. Safer adds. "No one wants to have an eating disorder."

Jennings finished off her post by saying that she is ready for the journey ahead-thanks in large part to all the support surrounding her. "I have a fabulous team supporting me, both professionals and family/friends, but at the end of the day, I have to be the one committed toward bettering myself. I know I have the power in me to lose the weight, and I intend on sharing my progress with all of you. Love you all, and thanks for understanding the battle I'm fighting to win."