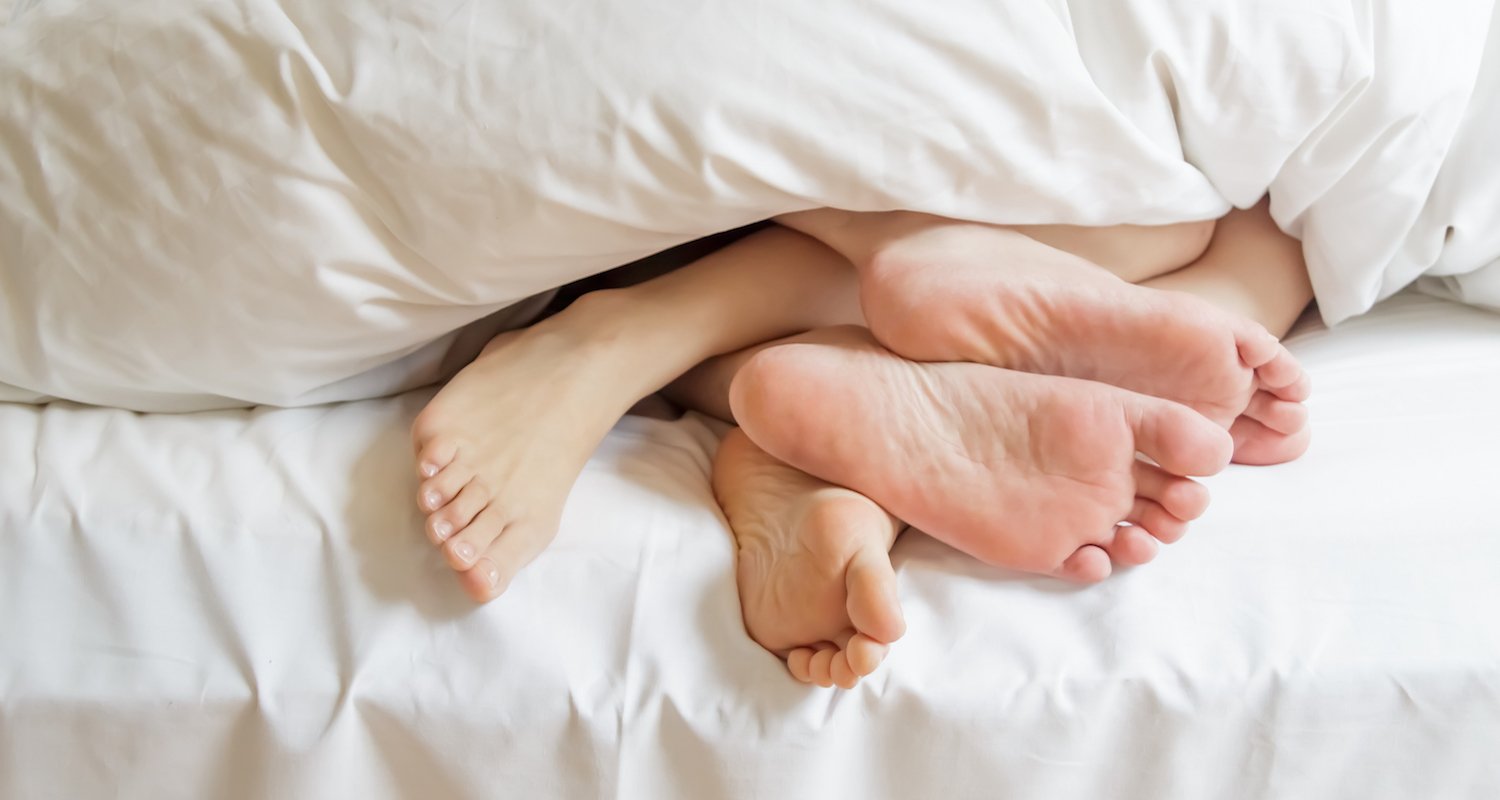 Three months ago, I was driving to work and listening to an episode of ONE Extraordinary Marriage podcast. The hosts were talking about a 60-day sex challenge they’d done nine years earlier—where they committed to having sex every day for 60 days—and how it had transformed their marriage for the better. As I listened, I thought about what it would be like to do something similar with my husband, Jon.

At the time, we were having sex about once a week—not nearly as much as either of us thought was healthy for our marriage. But it wasn’t because we weren’t interested in having more sex. We have four kids—ages 9, 7, 5, and 1—and with both of us working full-time, we’re both exhausted at the end of the day. I’m also on an antidepressant that zaps my libido. I mulled all this over and considered if I really wanted to commit to a 60-day, sex-every-day challenge. I thought, If I bring this up to Jon, I can’t back out.

Ultimately I decided the challenge could only help our marriage, so when I got to work, I texted Jon and floated the idea by him. He was intrigued and suggested that we start that night. We decided to keep the rules of the challenge simple: We would have sex every day for 60 days, except if one of us was sick, if we were traveling, or if I had my period. And yes, it felt odd at first to be so practical about sex.

That first night, as he finished up the kids’ bedtime routines, I got into bed and just took my clothes off. Usually, we’d work up to this a bit—we’d go out to dinner; I’d slip into something pretty. But even though we were skipping those parts, it was still fun—and frankly, pretty freeing! There was no Will we? Won’t we? tension and no pressure to dress for the occasion or plan anything elaborate.

An interesting thing happened just a few days into the challenge, and it didn’t have to do with our connection: Jon became much more relaxed and playful with our kids when he put them to bed. When I mentioned this to him, he told me that he didn’t mind how long bedtime took anymore, because he knew that no matter what, we were going to have sex afterward. As our “sexty day” challenge, as we liked to call it, continued, I noticed that Jon also was much more relaxed about other things that would normally get him wound up. For example, money worries became less of an issue. We would still talk about our budget, but those conversations didn’t feel as charged as usual. Sex releases “happy hormones” like dopamine and oxytocin so maybe those were helping to keep the peace. No matter what the reason, though, it became very clear that all the sex was making him more relaxed and helping us get along a better. (Talk about a win-win!)

As for me, sex every night quickly became a way to unwind and reconnect with my husband. In fact, after awhile, I found that my sex drive was getting stronger. I guess feeling desired every night helped me get in the mood. While daily sex may not seem as romantic or mind-blowing as the spontaneous kind, I found that it actually made those nights when we spiced things up to be even more romantic, because there was no underlying question of, Is he going to all this trouble just because he really needs sex? The bottom line was that we were definitely going to have sex, so taking more time with it and adding a massage or music just because we wanted to make each other feel amazing was really special.

I’ll admit it, too: Once Jon and I started having sex every day, there were times when I felt pretty smug looking at other couples, thinking, We have way more sex than you do!

When our “sexty-day” challenge was over, neither one of us wanted it to end—so we decided to keep going! Now, we have sex a minimum of six days a week, with an understanding that Jon initiates three of those days, I initiate the other three, and then either of us can initiate on the seventh day. Taking turns initiating is important because my husband likes to feel desired and pursued. If he initiates more often than I do, it’s easy for him to believe that I don’t really want to have sex with him, but am just agreeing to it to appease him. Because of my antidepressants, I don’t really think about initiating sex unless I’m intentional about it, so this plan works best for us.

We’re fifteen years into our marriage—with both of us approaching 40 years old—and we’re going on five months now of having sex every day. Making it a habit to have sex so often is an investment in us right now, which I truly believe will continue to serve us in the future—and it continues to strengthen our bond and make both us more relaxed. For that reason, Jon and I are committed to sticking to this new sex-every-day habit for the foreseeable future. Sure, there may come a disruption. One of us might get sick, for example, or need to travel for work. That’s just how life rolls. If we break our streak, I know we’ll be intentional about starting it up again. We’ve already learned that if we keep up with this habit, we’ll keep reaping the rewards.

This article originally appeared on Prevention