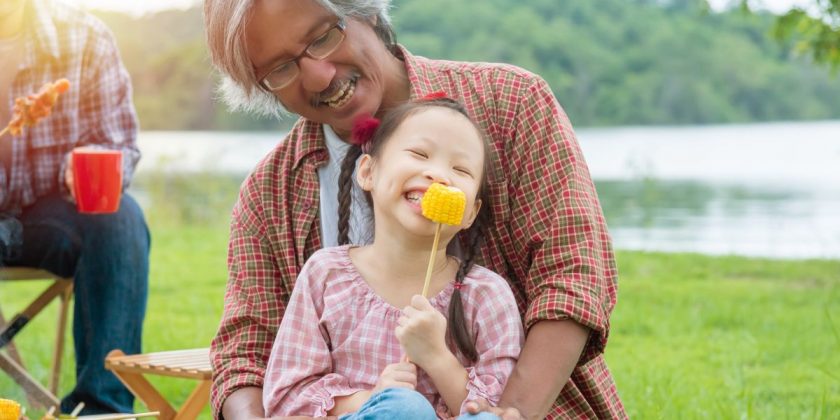 Corn has a way of staying intact from plate to poop. The bright yellow kernels found in our favorite summer dishes can show up — seemingly undigested — in the bathroom hours later. How does corn survive the digestive system? And maybe more importantly, should you even eat a food that’s hard to digest?

It turns out that your digestive system is doing more work than you think, so don’t skip the maize just yet. The yellow kernels in your poo are really just the corn kernel’s outer coating, according to Andrea Watson, a ruminant nutritionist at the University of Nebraska-Lincoln.

Corn kernels are seeds carrying precious genetic material. The key to the seed’s survival is the waxy, yellow outer coating that protects the genetic material from weather, pests and transport. The fact that it’s hard to break down is actually ideal for the plant. The outer coating owes its resilience to a tough fiber called cellulose, which humans don’t have the proper enzymes or gut bacteria to digest.

Even ruminant animals, such as cattle, which are much better equipped to digest cellulose, can’t always fully digest corn, Watson told Live Science. While cattle don’t eat the same sweet and soft corn that we do (they eat a tougher, more mature corn that can be stored long term), they, too, have whole kernels show up in their dung. Researchers have done the dirty work of picking out those expelled kernels and analyzing their nutritional content. “It turns out [the kernels] have been digested quite a bit,” Watson said.

The good news is that cellulose makes up only about 10% of corn, Watson said. So, the other 90% is useful nutrition. Corn is also a good source of dietary fiber, starch and antioxidants known as carotenoids, which give vegetables such as corn and carrots their stunning colors. However, there are fewer carotenoids in corn than in a typical serving of leafy greens, according to a 2019 Tufts University report.

—Why are bananas berries, but strawberries aren’t?

—Why do some fruits and vegetables conduct electricity?

—What’s the difference between a fruit and a vegetable?

There’s a way to make corn more digestible and disappear from your poop altogether: processing. “The more you process it, the easier it is to digest,” Watson said. That’s true for humans and animals alike. Grinding, wet milling, cooking — every processing step breaks down those hard to digest fiber molecules a little further, she said.

In fact, the majority of the corn you eat is processed. The Tufts University report estimates that each American consumes 160 lbs. (70 kilograms) of corn per year. The vast majority of that corn is not the hard to digest kernels nibbled off the cob, but corn that’s been turned into soft tortillas, chips, popcorn and — the big one — high fructose corn syrup.

Easier to digest, however, is not to be confused with healthier. A look at the nutrition facts show common processed corn products, like corn oil and high fructose corn syrup, lose most of the beneficial fiber and nutrients during processing. Corn kernels in your poo might be odd, but they’re not bad for your health. In fact, it’s a sign you’re eating corn in one of its healthiest forms. Watson’s best advice to avoid seeing whole kernels in the bathroom: chew carefully.